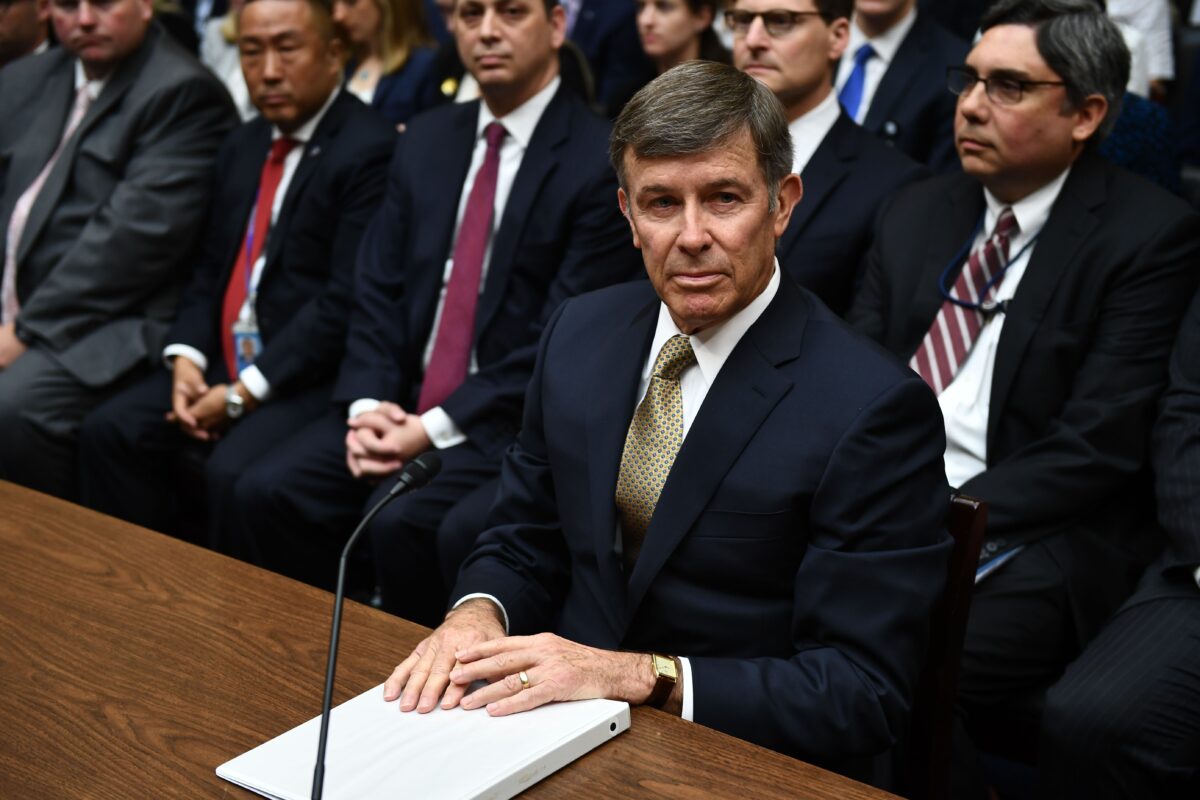 Acting Director of National Intelligence Joseph Maguire on Sept. 26 defended his handling of the whistleblower complaint at the center of controversy surrounding the call between President Donald Trump and the leader of Ukraine.

Democrats allege that Maguire failed to comply with a whistleblower statute when he did not disclose the complaint to lawmakers within seven days. Maguire explained that he was constrained by concerns about executive privilege and a Justice Department opinion which concluded that the complaint did not meet the statutory definition mandating Congressional notification.

The White House released the transcript of the call between Trump and Ukrainian President Volodymyr Zelensky on Sept. 25. The content of the transcript debunked several widely circulated media claims, including the allegation that Trump made an ominous promise to Zelensky as he repeatedly pressured him to investigate former vice president Joe Biden and his son, Hunter Biden. The transcript showed that Trump did not exert any pressure or float the possibility of a quid-pro-quo.

Maguire told lawmakers he did not have the authority to waive executive privilege. Thus, even after the Justice Department informed him that he had the discretion to inform Congress, Maguire continued to work with the White House to resolve executive privilege concerns.

The Department of Justice (DOJ) Office of Legal Counsel reviewed the complaint and determined that the nature of the allegations did not meet the legal definition of an “urgent concern” outlined in the whistleblower statute because the content did not implicate intelligence matters under the purview of Maguire.

The director of national intelligence also worked with the ICIG to refer the complaint to the DOJ for criminal investigation. The DOJ determined that no further action was warranted.

Maguire testified that he believes that both the ICIG and the whistleblower acted in good faith and went by the book in handling the complaint. He noted that the complexity and the circumstances of the matter at hand were unprecedented.

The ICIG determined, in the same sentence in which the “arguable political bias” was mentioned, that the complaint was credible.

The declassified complaint alleges, among other matters, that the White House worked to shield the contents of the call, including the full transcript of the conversation.

The whistleblower also claims that U.S. Special Representative for Ukraine Negotiations Kurt Volker met with Zelensky in Ukraine and provided advice to Zelensky and other leaders about how best to follow Trump’s requests for probes into Crowdstrike and former Vice President Joe Biden.