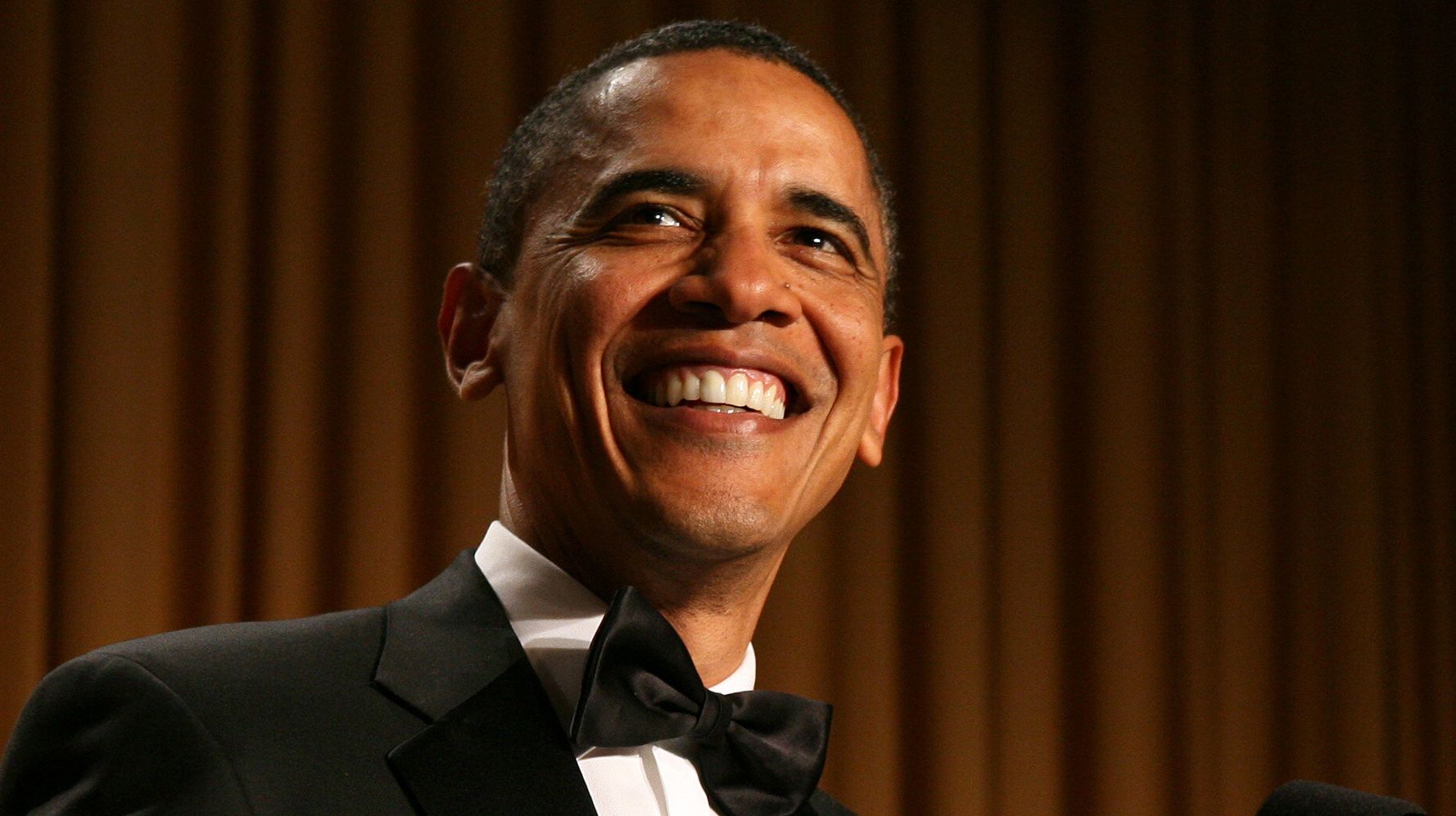 Some key Trump allies and commentators﻿ have suggested the gags angered Trump into running for office in 2016. Trump, though, has dismissed the suggestion.

Obama on April 30, 2011, mocked Trump’s rumored White House run (which he’d been touting for more than 30 years) and ripped Trump’s pushing of the racist birther conspiracy theory with a crack about releasing his official birth video — complete with a clip from Disney’s “The Lion King.”

“No one is happier, no one is prouder to put this birth certificate matter to rest than the Donald,” Obama continued. “And that’s because he can finally get back to focusing on the issues that matter, like: Did we fake the moon landing? What really happened in Roswell? And where are Biggie and Tupac?”

Meyers, then the head writer at “Saturday Night Live,” equally poked fun at Trump with a barrage of gags during his turn as the dinner’s guest comedian.

“Donald Trump has been saying he will run for president as a Republican, which is surprising since I just assumed he was running as a joke,” he cracked as one zinger, later adding, “Donald Trump owns the Miss USA pageant, which is great for Republicans because it will streamline their search for a vice president.”

Trump allies have previously claimed the gags stirred Trump into entering national politics. Meyers himself in 2017 joked about kicking “the hornet’s nest,” claiming “that’s the night he decided to run.”

Trump, however, has denied the claim.

“The president was making jokes about me,” he told The Washington Post. “I was having a great time. I was so honored. I was actually so honored. And honestly, he delivered them well.”

Meyers’ routine, though, was “too nasty, out of order,” said Trump, who before and throughout his presidency used Twitter to lob insults and belittle his political enemies. He was permanently banned from the social media platform in January following his incitement of the deadly U.S. Capitol riot.

“There are many reasons I’m running,” Trump added five years ago. “But that’s not one of them.”