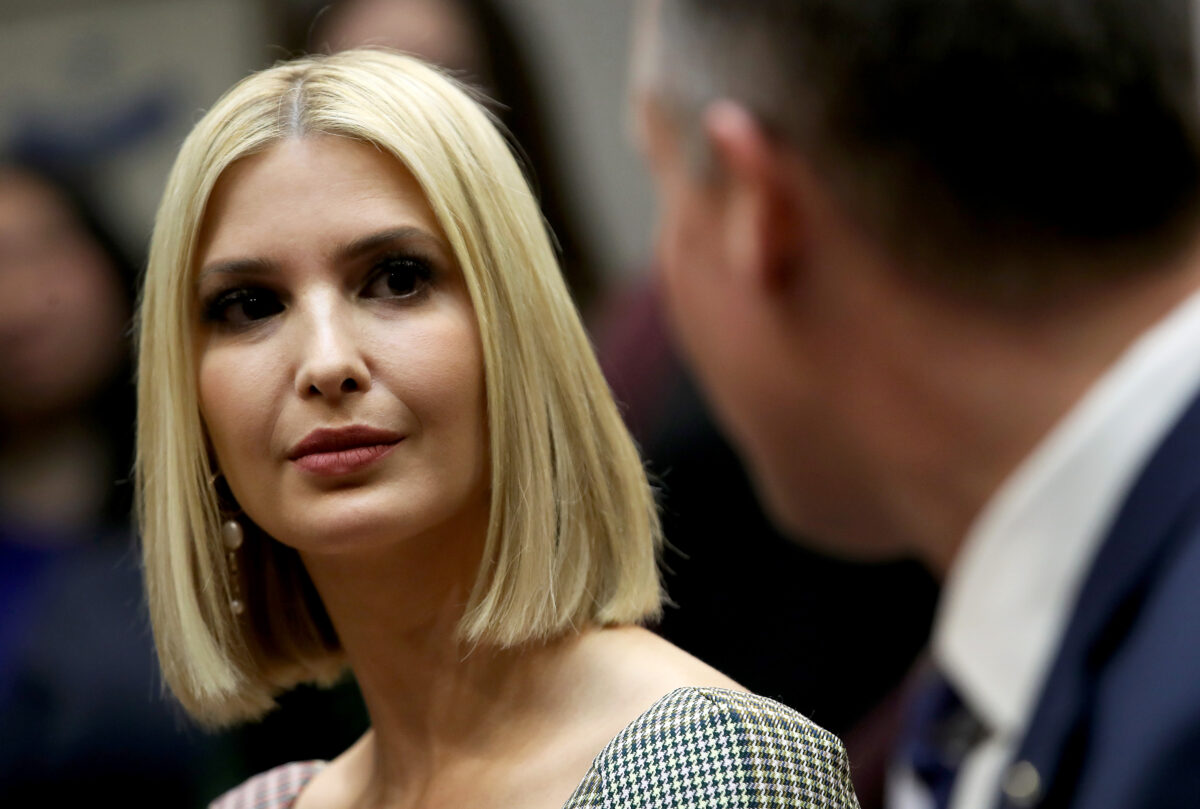 Adviser to the president Ivanka Trump and Secretary of State Mike Pompeo emphasized the significance of private sector innovation in transforming America’s workers and enabling the nation’s economic growth, during a roundtable meeting in Wichita, Kansas, on Oct. 24.

The two senior officials were joined by Sen. Jerry Moran (R-Kan.), Rep. Ron Estes (R-Kan.), company CEOs, and dozens of aviation workers and students at Wichita State University Tech National Center for Aviation Training to discuss the successes of the president’s job initiative, “Pledge to America’s Workers,” and to welcome four new signees to the pledge, including Spirit AeroSystems who has pledged to create 33,500 opportunities for American workers.

Trump, who co-chairs the National Council for the American Worker, also touted the economic agenda and pro-growth policies implemented by the Trump administration for increasing jobs and bringing in workers with certain skill sets to fill those positions.

“The president campaigned on rebuilding the American dream and making it possible attainable and accessible to all Americans regardless of age, or background, or level of academic achievement. And he has been delivering on that vision, time and time again,” she said.

“Every demographic is enjoying unprecedented success, the lowest unemployment rates, we’re certainly seeing it here in Kansas with an absolutely booming economy, where the No. 1 challenge of employers is skilled workforce. Well, that’s a good problem to have because it’s forcing employers like those here today to get creative, to reach out to the sidelines of the economy, to bring people into the workforce who may not have otherwise been given a chance and to equip them with the skills they need to secure not only a job but a career for themselves and their families.”

Meanwhile, Pompeo underscored the importance of a robust economy, saying that it benefits America’s strength and security around the world.

“Without a robust and successful economy, other nations won’t respect us,” he said. “We won’t have them in a place where they want to be our partners. We won’t be as successful in keeping Americans safe.”

“It’s also the case too that if we get this wrong, we’ll be more reliant on countries like China for high tech products, products that Americans need. If we get this right will be able to sustain the prosperity that funds a strong military and diplomatic order,” he added.

Since taking office, President Donald Trump has made the economy and job growth important policy priorities. In September, the unemployment rate fell to record lows since 1969 at 3.5 percent, dropping 0.2 percent from the previous month, while the job market expanded by 136,000 jobs, according to the Bureau of Labor Statistics (BLS).