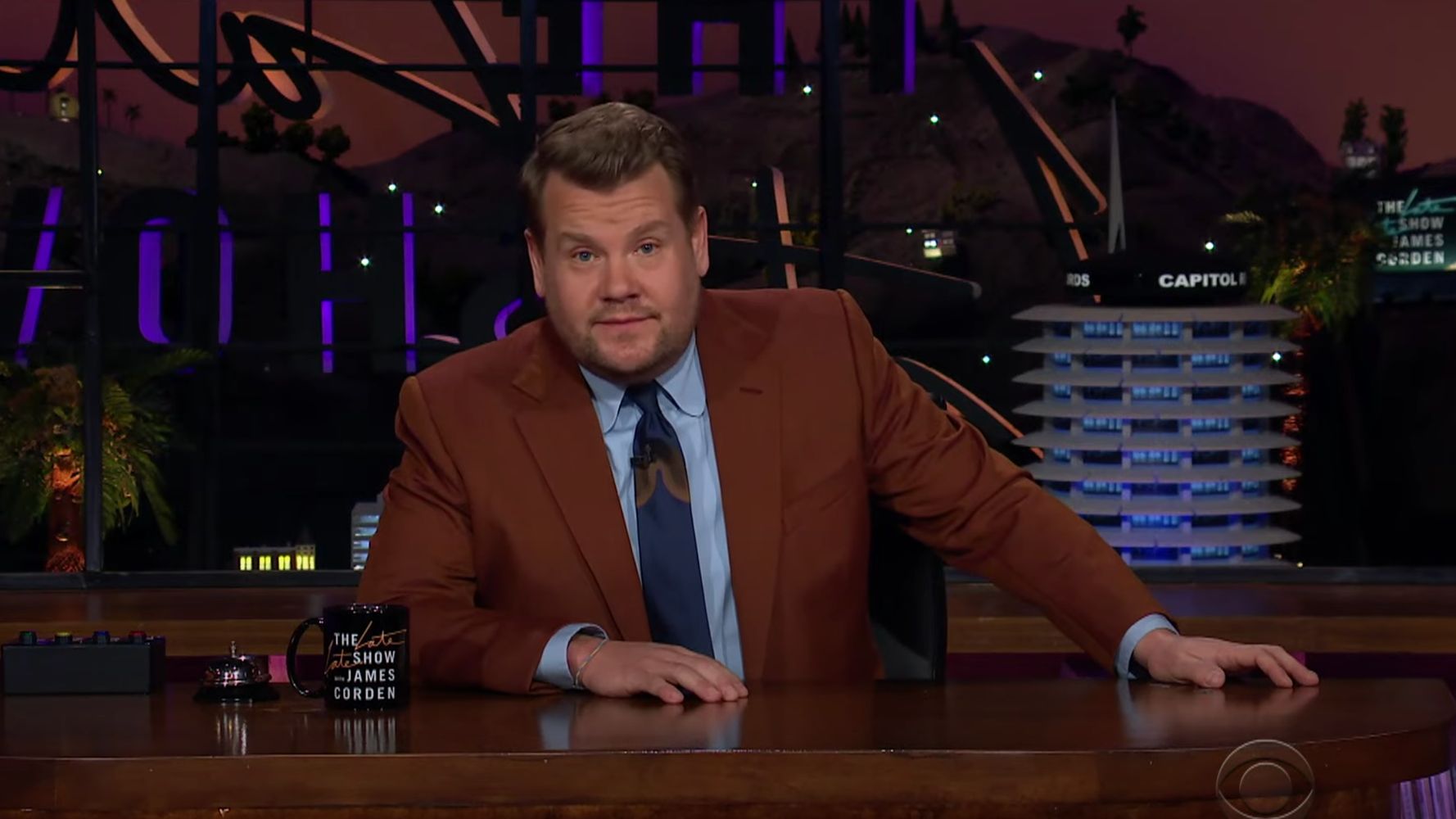 People of America, this is a (Mountain Dew) Code Red.

Just last week, James Corden was relaying the news that President Joe Biden had removed Donald Trump’s Diet Coke button from the Oval Office. But now, the Coke story is getting a twist ― and not with lemon or lime.

“It falls on me to inform you that that isn’t true. President Biden did not in fact remove Trump’s Diet Coke button,” Corden said on “The Late Late Show” Tuesday.

“I assure you the person responsible for this has been fired,” he joked, referring to last week’s report. “They will never work in Hollywood again.”

It turns out that Trump’s Diet Coke button ― really an usher-summoning signal that Trump reportedly used to command a soda on a silver platter ― hasn’t been removed from the president’s desk after all, Corden noted, citing a White House clarification.

Clearly, this revelation is about to explode across America like an eruption of Mentos falling into Coke, but it may actually be good news for Corden. Last week, when the comedian talked about Biden removing the button, he joked that the new president “has undone the one good idea Trump ever had.” So cheers to that, James.

Though the White House didn’t say how Biden planned to use the usher button, Corden had a suggestion that’ll make the president say “Yeah!”