Jeff Flake To GOP: Save Your Souls And Stand Against Trump 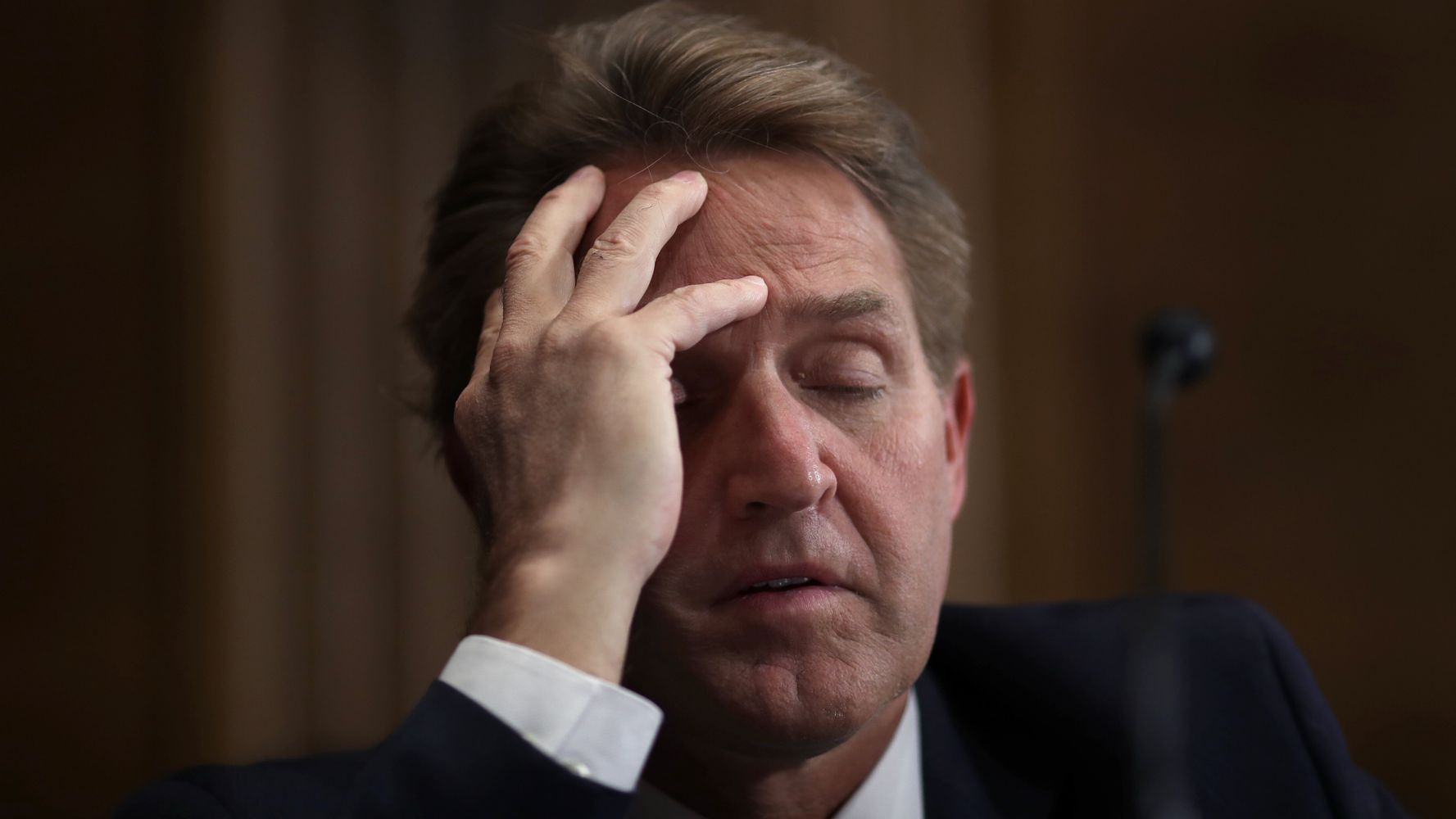 Former GOP Sen. Jeff Flake (Ariz.) has a grim warning for Republican lawmakers continuing to support President Donald Trump amid an impeachment inquiry into his solicitation of election assistance from Ukraine: You can find another job, but not another soul.

In a Washington Post op-ed published Monday, Flake pleaded with members of his party to oppose Trump’s 2020 reelection, even if they cannot back impeachment.

“If the House decides against filing articles of impeachment, or the Senate fails to convict, Senate Republicans will have to decide whether, given what we now know about the president’s actions and behavior, to support his reelection,” Flake wrote. “Obviously, the answer is no.”

Flake has been a frequent critic of Trump, refusing to back him in 2016 and declining to seek another Senate term in 2018, citing the president’s behavior as “dangerous to democracy.”

Flake noted he is “not oblivious to the consequences” of breaking with Trump.

“In fact, I am living those consequences,” he wrote. “I would have preferred to represent the citizens of Arizona for another term in the Senate. But not at the cost of supporting this man. A man who has, now more than ever, proved to be so manifestly undeserving of the highest office that we have.”

House Speaker Nancy Pelosi (D-Calif.) last week announced the impeachment inquiry into Trump after a whistleblower raised alarm over a July phone call between Trump and Ukrainian President Volodymyr Zelensky. A transcript summary of the conversation revealed that Trump repeatedly pressed Zelensky to aid lawyer Rudy Giuliani and Attorney General William Barr in a probe of former Vice President Joe Biden and his son based on unsubstantiated corruption allegations.

Trump has since railed against the anonymous whistleblower, questioning his patriotism and demanding to meet him in person. He claimed the complaint filed by the individual was “fake,” and the phone call with Zelensky was “perfect.”

Flake, noting that Trump’s conduct was unsurprising, slammed the GOP for tolerating it without taking action.

“From the ordeal of this presidency, perhaps the most horrible ― and lasting ― effect on our democracy will be that at some point we simply stopped being shocked,” he said. “And in that, we have failed not just as stewards of the institutions to which we have been entrusted but also as citizens. We have failed each other, and we have failed ourselves.”

During an appearance at the Texas Tribune Festival on Thursday, Flake said he believes that at least 35 Republican senators would approve Trump’s ouster if the vote took place in secret.

Now he’s asking Republicans to “risk your careers in favor of your principles,” and cut ties with Trump.

“Our country will have more presidents,” Flake said. “But principles, well, we get just one crack at those. For those who want to put America first, it is critically important at this moment in the life of our country that we all, here and now, do just that.”

Another Texas Republican Calls It Quits Ahead Of 2020 Elections