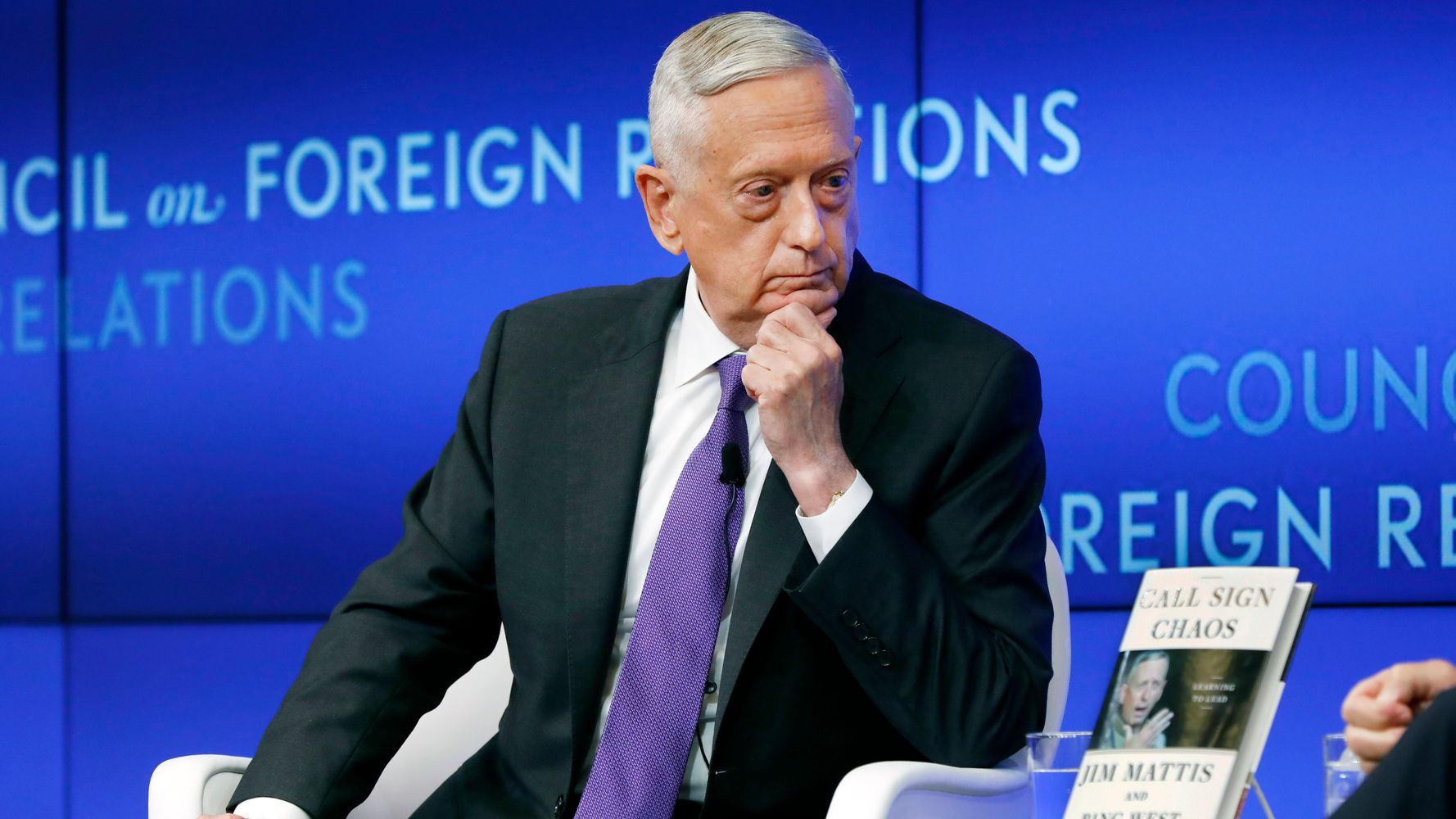 Former Secretary of Defense James Mattis ― who has refrained from discussing his differences with President Donald Trump following his resignation last year ― said on Tuesday that he would speak out “when the time’s right.”

“I don’t believe that if you leave an administration over a matter of policy … that you then get out and start talking in what we commonly call a kiss-and-tell now,” he said during a Q&A with Council on Foreign Relations President Richard Haass. “I don’t think it’s the right thing to do.”

In his December resignation letter, Mattis appeared to challenge Trump’s military judgment, urging him to take authoritarianism in China and Russia seriously.

“My views on treating allies with respect and also being clear-eyed about both malign actors and strategic competitors are strongly held and informed by over four decades of immersion in these issues,” he wrote.

Mattis implied that his own stances on such issues were incompatible with those of the president.

“Because you have the right to have a Secretary of Defense whose views are better aligned with yours on these and other subjects, I believe it is right for me to step down from my position,” Mattis explained.

Though nearly a year has passed since he left the Trump administration, Mattis remains tight-lipped about his opinions on Trump’s tenure, telling Haass it wasn’t yet appropriate for him to offer any critiques.

“We’ve got a president and a secretary of state and a secretary of defense trying to protect this great big experiment that you and I call America, and I’m not going to make their job more difficult by … speaking out from what I would call the cheap seats, not responsible for anything, up there talking about it,” he said.

Taking direct aim at his naysayers, Mattis vowed to remain silent for now.

“When the time’s right to speak out about policy or strategy, I’ll speak out,” he added.

In his new book “Call Sign Chaos: Learning to Lead,” released Tuesday, Mattis doesn’t level any attacks on Trump or his leadership, maintaining the same stance he expressed in his talk with Haass.

Mattis was similarly reluctant to comment on the White House during an interview with “PBS NewsHour” that aired Monday, refusing to state whether he feels Trump is fit for office.

“I don’t make political assessments one way or the other,” he said.