Joe Biden Accepts Democratic Presidential Nomination: ‘I’ll Be An Ally Of The Light’ 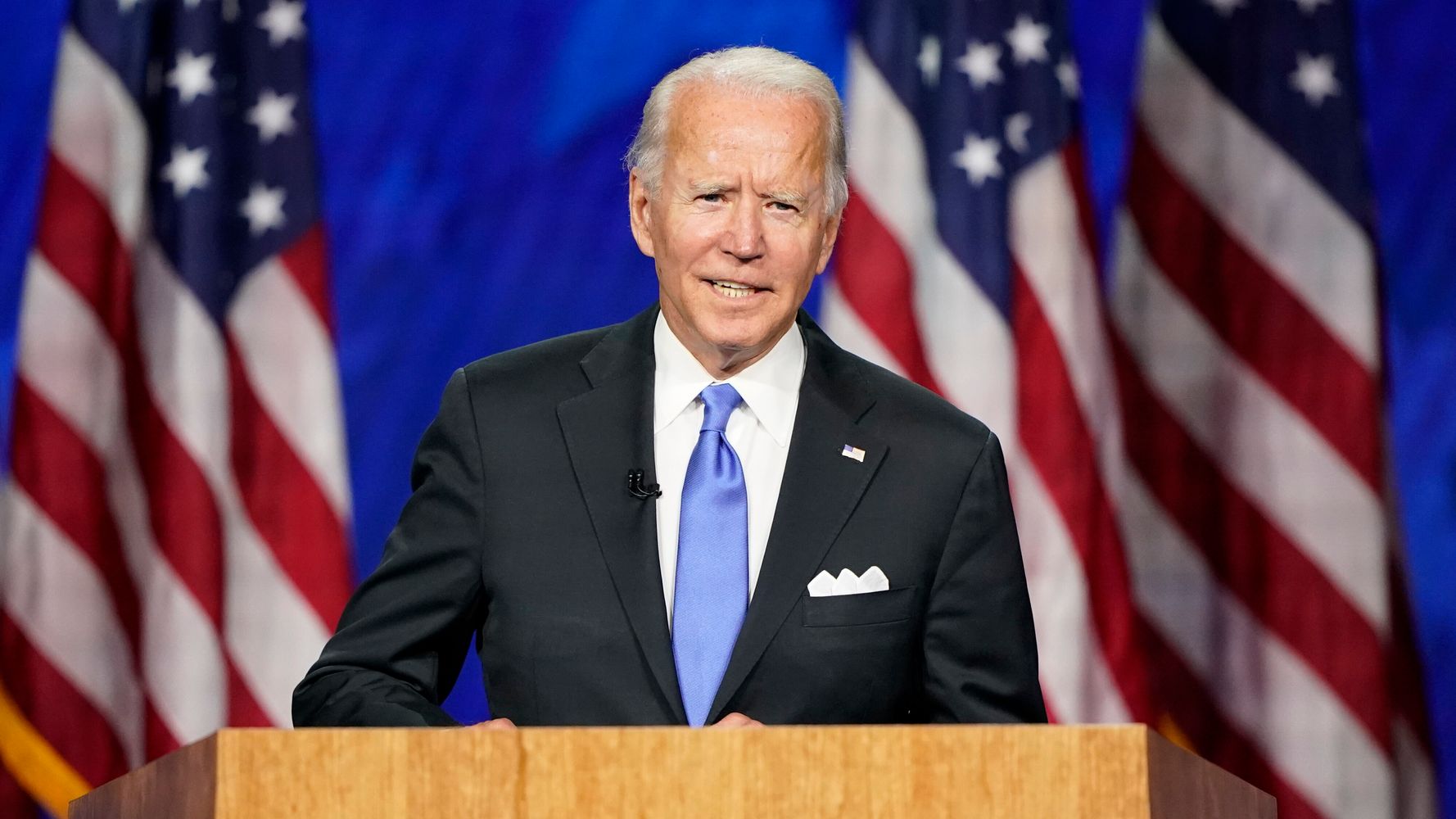 Joe Biden officially accepted the Democratic nomination for president on the final night of the party’s virtual convention on Thursday. As he accepted the honor, Biden promised to work hard for everyone, including people who didn’t vote for him.

The former vice president said that President Donald Trump has “cloaked America in darkness for much too long.”

“Too much anger,” he said. “Too much fear. Too much division.”

“If you entrust me with the presidency, I will draw on the best of us, not the worst,” Biden continued. “I’ll be an ally of the light, not the darkness. It’s time for us — for we the people — to come together.”

Biden noted that America is facing “four historic crises,” including the coronavirus pandemic, the economic recession, racial injustice and the ongoing protests to end it, and climate change.

“If this president is reelected, we know what will happen. Cases and deaths will remain far too high,” Biden said.

His remarks culminated four days of impassioned and emotional pleas from prominent Democrats and politicians, many warning that four more years of Trump’s administration loom as an existential threat to U.S. democracy.

Much of Biden’s message adhered to the theme of the convention’s slogan that urged Americans to create a “more perfect union” and highlighted the effects of Trump’s divisive rhetoric on the country.

Biden recalled the violent white supremacist demonstration that brought “neo-Nazis and Klansmen” to Charlottesville, Virginia, in 2017.

“Remember what the president said? There were quote, ‘very fine people on both sides,’” Biden said.

“It was a wake-up call for us as a country. And for me, a call to action,” the candidate said. “At that moment, I knew I’d have to run. My father taught us that silence was complicity. And I could not remain silent or complicit.”

WATCH: “That was a wake-up call for our country and, for me, a call to action. At that moment, I knew I’d have to run.”

Joe Biden says President Trump’s “good people on both sides” comment after Charlottesville was the day he knew he would run in the 2020 election. pic.twitter.com/FStrZiNV9B

Earlier this month, Biden tapped Sen. Kamala Harris of California to be his running mate. Since then, the pair have focused fire on Trump and his administration while also fleshing out their own biographies for voters.

While Biden’s speech was the centerpiece of the convention, he made appearances several times during the virtual event, including Tuesday night after his wife, Jill Biden, gave a speech touting her 77-yeat-old husband’s commitment to public service, even as he much personal grief in his life.

The former vice president in Barack Obama’s administration also briefly appeared on stage with Harris after she gave her acceptance speech Wednesday night in Delaware, Biden’s home state which he represented in the Senate for 36 years.

Biden’s presidential bid got off to a rocky start when he ran poorly in the opening nominating contests in Iowa and New Hampshire. But he turned his campaign around with an impressive win in the South Carolina primary on Feb. 29. He then dominated the rest of the primary campaign, which took an unexpected turn in late March when the coronavirus pandemic forced him and the other remaining candidates to cease large rallies and in-person politicking.

As the Nov. 3 election day nears, Biden’s campaign is focusing not only on battleground states, but on some Republican-leaning states where polls have shown him competitive against Trump. In early August, his team announced plans to spend $280 million in TV ads across Pennsylvania, Michigan, Wisconsin, Florida, North Carolina, Arizona, Minnesota, Nevada, New Hampshire, Colorado, Virginia, Georgia, Iowa, Ohio and Texas.