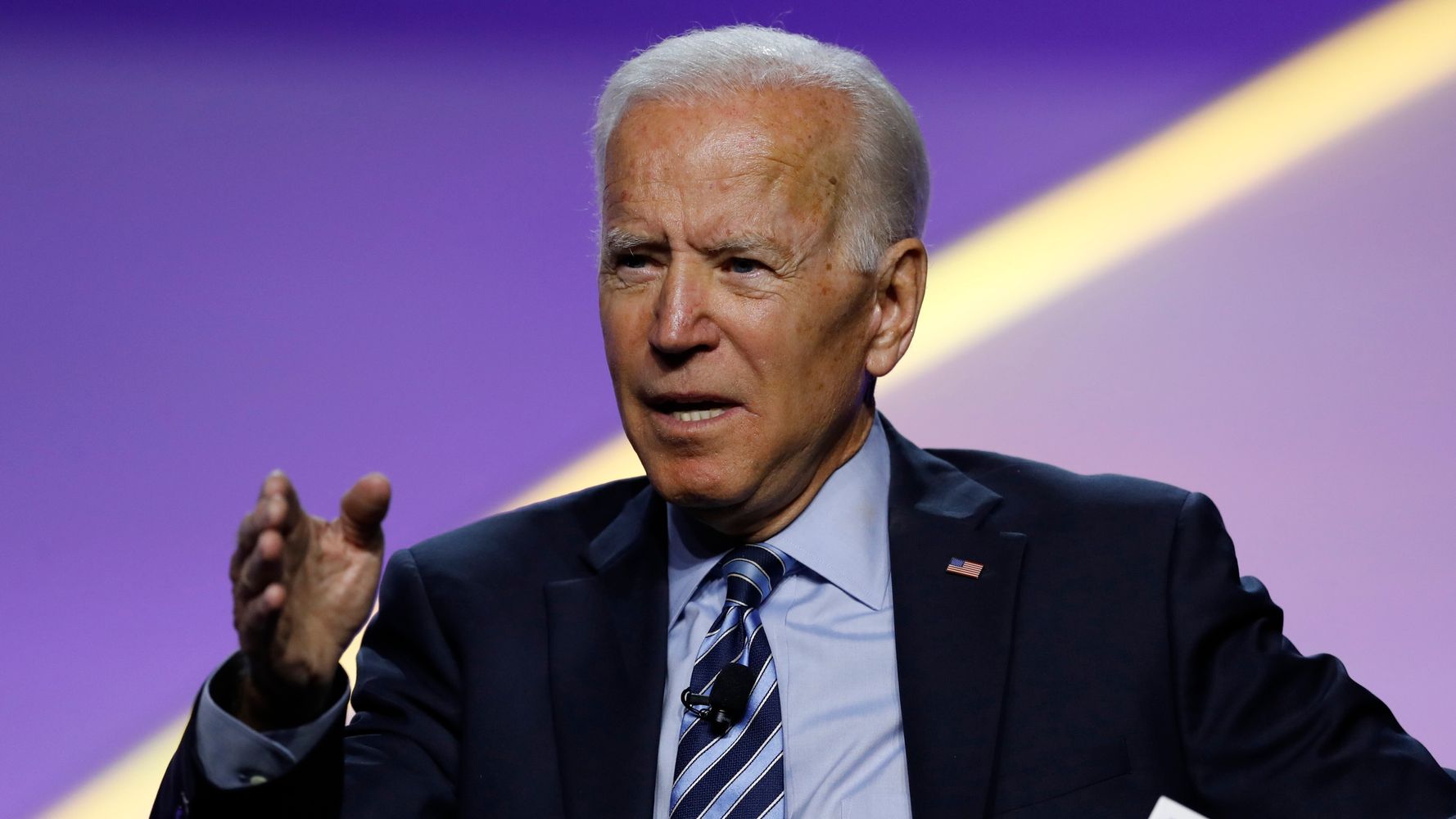 Former Vice President Joe Biden on Wednesday will accuse President Donald Trump of having “fanned the flames of white supremacy,” according to prepared remarks.

The 2020 Democratic presidential hopeful is scheduled speak at a campaign stop in Burlington, Iowa, roughly 170 miles southeast of Des Moines, and he plans to connect Trump’s rhetoric to a series of violent attacks in the U.S.

“How far is it from Trump’s saying this ‘is an invasion’ to the shooter in El Paso declaring ‘his attack is a response to the Hispanic invasion of Texas?’ Not far at all,” Biden will say, according to the remarks released by his campaign.

How far is it from the white supremacists and Neo-Nazis in Charlottesville – Trump’s ‘very fine people’ ― chanting ‘You will not replace us’ – to the shooter at the Tree of Life synagogue in Pittsburgh saying Jews ‘were committing genocide to his people?’ Not far at all.

In both clear language and in code, this president has fanned the flames of white supremacy in this nation.

Democrats have accused Trump of repeatedly stoking fears over immigrants and making racist comments about people of color. A Republican state senator in Nebraska on Monday condemned members of his party for “enabling white supremacy” by staying silent on the president’s hateful remarks.

When asked Wednesday if he believes his rhetoric inspires violence, Trump said he did not.

“I think my rhetoric brings people together,” he told reporters while on his way to Dayton, Ohio, where a mass shooting took place over the weekend.

A manifesto allegedly written by the gunman in the mass shooting that took place in El Paso, Texas, over the weekend used language to describe undocumented immigrants that is similar to language Trump has used, one reporter noted.

“Do you regret that?” the reporter asked.

“I think illegal immigration is a terrible thing for this country,” Trump responded. “We need strong immigration laws, but we want to allow millions of people to come in because we need them. We have companies coming in from Japan, all over Europe, all over Asia ― they’re opening up companies here. They need people to work.”

Trump also took a swipe at Biden, calling him a “pretty incompetent guy.”

REPORTER: You and the El Paso shooter used the same language. Did you regret that?

TRUMP: “I think illegal immigration is a terrible thing for this country. I think you have to come in legally.”

(He did not indicate he has any regrets about his “invasion” rhetoric.) pic.twitter.com/GBmVDEs7JU

Biden on Wednesday will encourage Americans to “do what our president can’t” and stand together against hate, according to his prepared remarks.

“We have a president who has aligned himself with the darkest forces in this nation,” Biden is expected to say. “And that makes winning the battle for the soul of this nation that much harder.”

“Trump offers no moral leadership; no interest in unifying the nation, no evidence the presidency has awakened his conscience in the least,” the prepared remarks continue. “Instead we have a president with a toxic tongue who has publicly and unapologetically embraced a political strategy of hate, racism, and division.”