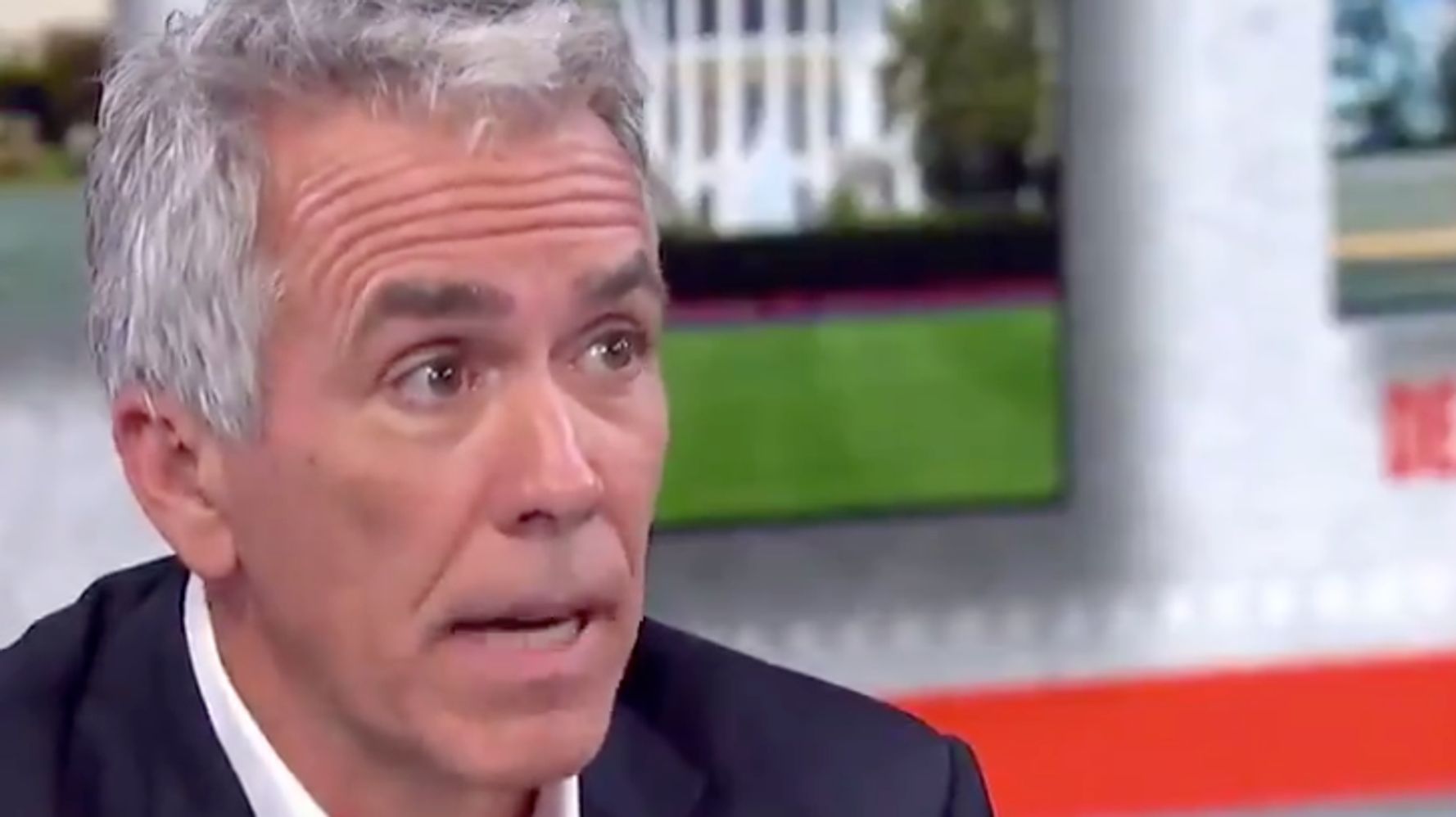 Former Rep. Joe Walsh (R-Ill.), who is challenging President Donald Trump in 2020, doesn’t appear to know what being “racist” means.

In an interview with MSNBC on Monday, host John Heilemann called the former tea party congressman “racist,” reminding Walsh he had used the n-word in tweets and had falsely called former President Barack Obama a Muslim. He asked how Walsh could have any “moral standing” to challenge Trump, whom Heilemann had earlier called a “stone-cold racist.”

“I wouldn’t call myself a racist, but I would say, John, I’ve said racist things on Twitter,” Walsh responded. “There’s no doubt about it ― and apology is not enough.”

Walsh then defended some of his racist statements, saying that, though falsely stating that Obama was Muslim was “a horrible thing to say,” he did so “because I was so disgusted with Obama’s policy toward Israel that I went a bad, ugly step.”

He then tried to justify using the “n-word” in a tweet, saying he “did it to make a point” about the Washington Redskins football team name. “Because they wanted to change the name of the Washington Redskins, so they said ‘redskins’ is the new n-word. That’s BS. The n-word has a unique, ugly history in this country,” Walsh said. “To make that point, I wrote down the n-word in a tweet, to make a point that that’s not nearly what the word ‘redskins’ is.”

Walsh has a long history of racist, Islamophobic and controversial comments.

HuffPost reached out to Walsh’s campaign to clarify what he thinks it means for someone to be racist if it’s not making racist statements but did not immediately receive a response.

“I think that we all, if we’re honest ― white, black and brown ― we’ve all got a little bit of racism in us,” Walsh told a Washington Post reporter of his comments on MSNBC. “There’s no doubt that there are times where I’ve pushed the envelope and… said things that could certainly be interpreted as racist.”

Later on Monday, Walsh, a conservative radio show host, told CNN he had lost his national radio show but did not yet know why. He speculated it could be related to his running against Trump, who is popular with his listeners.

ICYMI: @jheil pushes @WalshFreedom on his past comments
“You get that… calling the president Muslim, saying he was born in Kenya, etc, etc… makes people doubt your moral standing to take on someone who, one of his primary moral failings is his racism…” pic.twitter.com/lKiPEfbPjA

While Walsh once threatened to take up arms if Trump were not elected, in recent months he’s appeared to try to distance himself from Trump’s rhetoric, calling out the president’s racism on Twitter and writing in a New York Times op-ed this month: “Trump is a racial arsonist who encourages bigotry and xenophobia to rouse his base.”

However, Walsh’s ongoing history of racist comments belies those attempts at distancing.

On Monday, he doubled down on his 2018 comments calling Haiti a “shithole,” telling the same Washington Post reporter: “There’s an example of where I’m trying to be provocative. I hardly agree with anything Trump said ― look, Haiti is a shithole. You could describe it as other things, too.”

In his Monday appearance on MSNBC, he said, “I never did get into birther stuff,” but several of Walsh’s tweets from 2014 and 2015 at least show him promoting the racist, birther theory that Obama was born in Kenya.

Walsh also waffled Monday on whether to call Trump a racist, first saying: “I don’t think Trump’s a racist. All Trump cares about is himself. I mean, he’ll throw out racist stuff.”

Then one of the hosts challenged him: “You don’t know that Trump’s a racist?”

“Well, then, he’s a racist, he’s a bigot, he’s a xenophobe,” Walsh responded. “Because he’ll use everything to just simply advance his interests.’”

This article has been updated with Walsh’s statement that he lost his radio show.