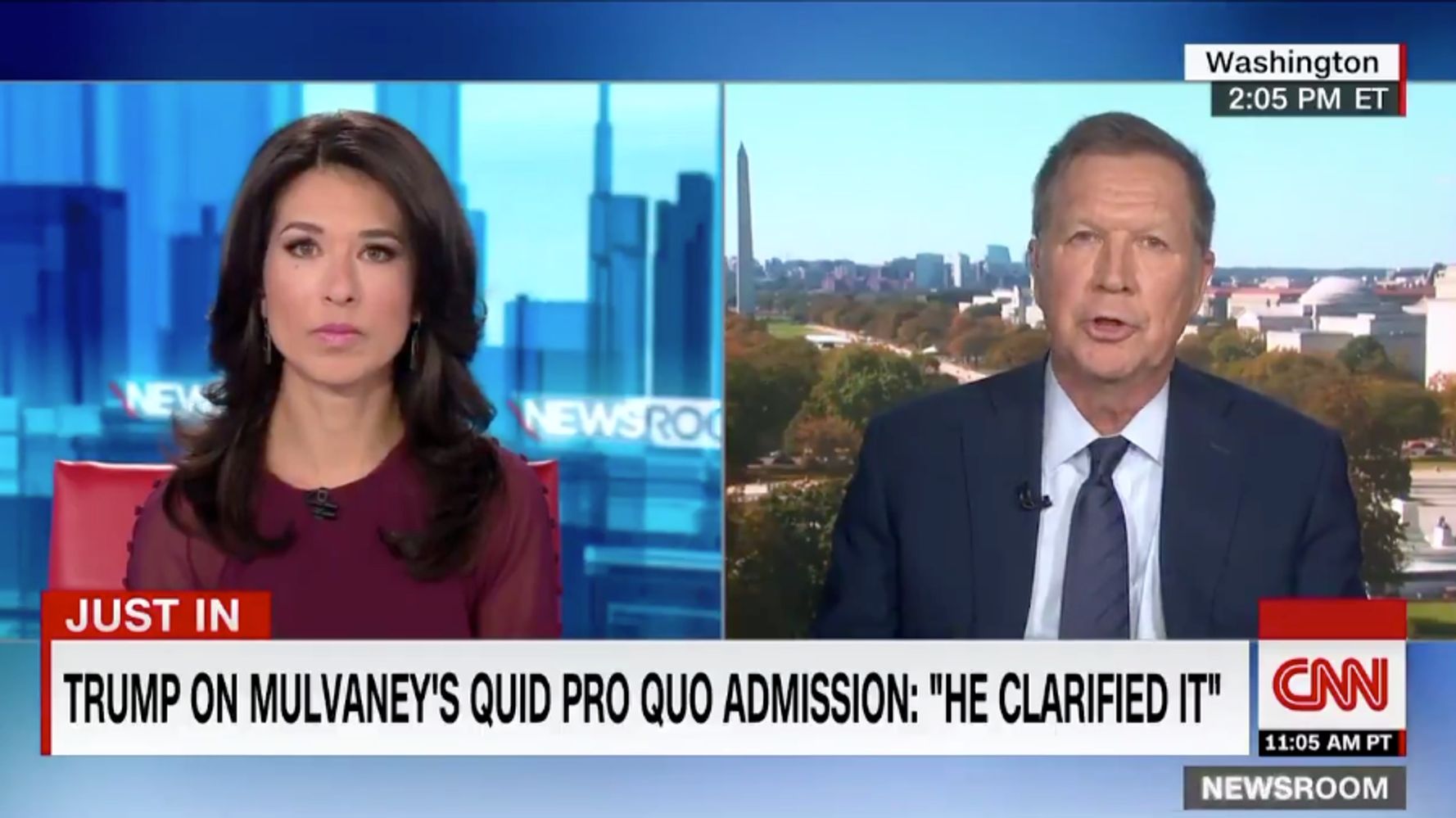 Former Ohio Gov. John Kasich says he would support the impeachment of President Donald Trump if he were in the House of Representatives.

The Republican told CNN’s Ana Cabrera on Friday that he was pushed over the edge by acting White House Chief of Staff Mick Mulvaney’s admission on Thursday that Trump’s pressure on Ukraine was part of a quid pro quo.

“The issue of impeachment is really big to me. When I heard what Mulvaney said … it pushed me across the Rubicon,” said Kasich, who has been an outspoken critic of Trump in the past.

He went on to say that Trump abused his power by withholding vital military aid from Ukraine, a U.S. ally, and that he believes the president’s actions are grounds for impeachment.

“I say it with great sadness. This is not something I really wanted to do,” Kasich said, before adding: “This behavior, in my opinion, cannot be tolerated and action is going to have to be taken.”

John Kasich tells Ana Cabrera that Trump should be impeached. “I say it with great sadness. This is not something that I really wanted to do. …But this behavior, in my opinion, cannot be tolerated.” pic.twitter.com/12YjAGPErM

Kasich, who ran for president in 2016, also said he’d vote yes on the inquiry without hesitation.

“If you’re asking if I was sitting in the House of Representatives today and you asked me, ‘How do I feel? Should impeachment move forward and go for a full examination and trial in the United States Senate?’ My vote would be yes, and I don’t say it lightly,” he said.

Nearly all House Democrats have voiced support for the impeachment inquiry, while many Republicans have defended Trump.