Jon Huntsman, U.S. Ambassador To Russia, Announces He Will Resign 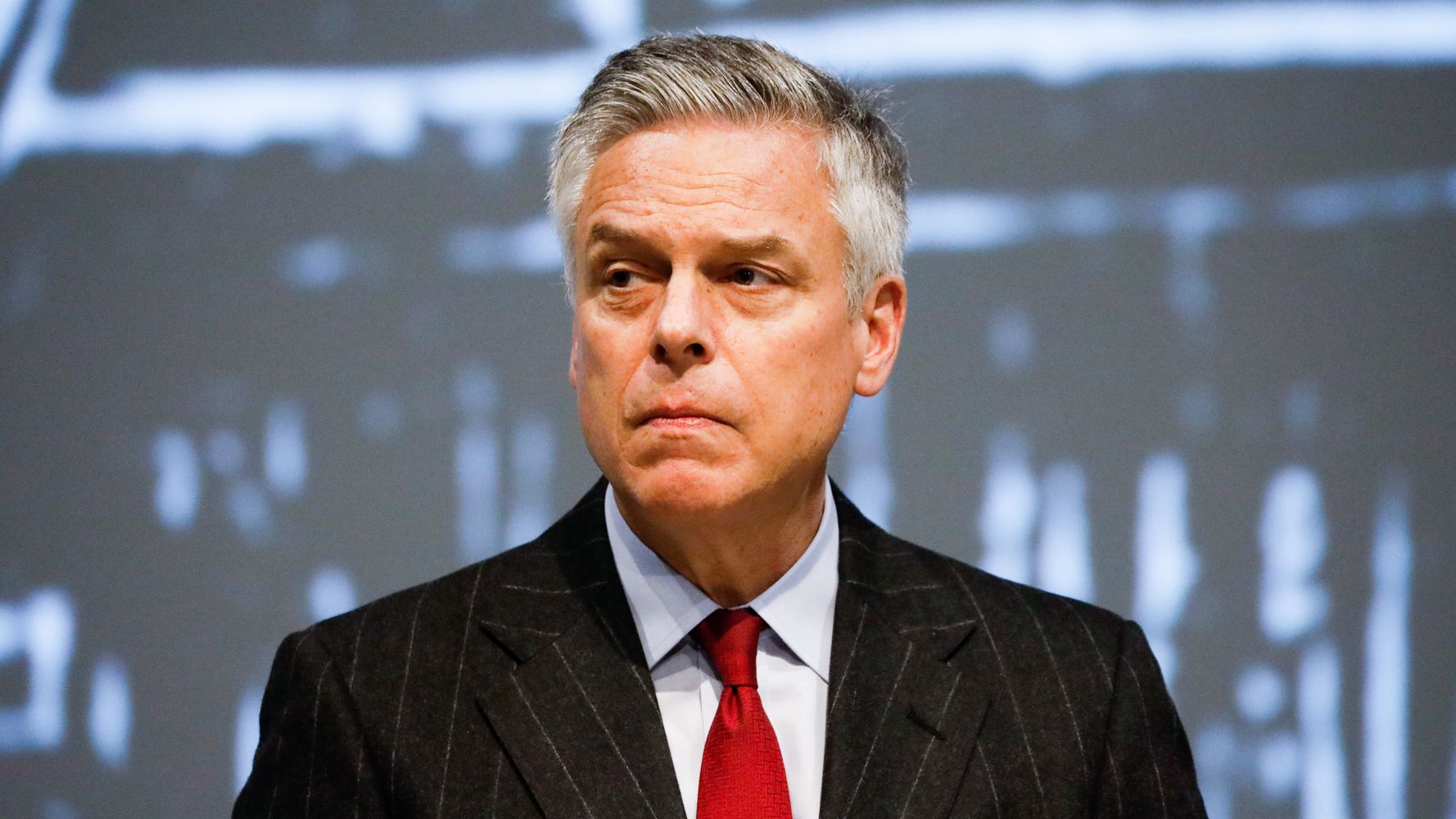 The former Utah governor served roughly two years in the diplomatic post, during a time when the U.S. experienced turbulent relations with Russia. On Tuesday, he sent President Donald Trump a resignation letter and announced that he plans to return to his home state in October.

“American citizenship is a privilege and I believe the most basic responsibility in return is service to country,” Huntsman said in the letter, according to The Salt Lake Tribune. “To that end, I am honored by the trust you have placed in me as the United States ambassador to Russia during this historically difficult period in bilateral relations.”

Huntsman’s next move may be to launch a 2020 bid for Utah governor, according to multiple reports.

Earlier this year, Huntsman began “making the rounds and talking to people about his prospects, doing his due diligence,” Derek Miller, the head of the Salt Lake City Chamber of Commerce, told The Atlantic in June.

Huntsman’s time in Russia was marked by a now-infamous 2018 news conference with Trump and Russian President Vladimir Putin, during which Trump refused to condemn Moscow for interfering in the 2016 U.S. presidential election.

“I hold both countries responsible,” Trump told reporters when asked whether he held Russia accountable for anything in particular. “I think the United States has been foolish,” he said. “I think we’ve all been foolish. I think we’re all to blame.”

That news conference followed a bilateral summit between the two leaders in Helsinki, Finland, and came just days after 12 Russian officers were indicted as part of special counsel Robert Mueller’s probe.

At the time, Putin also deflected questions about election interference and denied knowing about the indictments.

“Trump mentioned this issue and I will look into it,” he said.

Prior to the summit, Huntsman had defended what critics said was an overly conciliatory approach to Moscow on Trump’s part.

“For the president, the challenges are certainly there, but I think he is genuinely looking forward to sitting across the table and trying to reduce the tension in a relationship where our collective blood pressure is off-the-charts high,” Huntsman told Fox News in July 2018.

Russia had by that time already expelled hundreds of U.S. diplomats since the beginning of Trump’s presidency.

Huntsman was elected governor of Utah in 2004 and 2008. He resigned early in his second term to serve as President Barack Obama’s ambassador to China. He may be competitive again should he choose to run in the 2020 gubernatorial contest against Utah Lt. Gov. Spencer Cox (R), who has already announced.

“Huntsman is going to have higher name ID, a stronger record to run on and, of course, the money to back him up,” Miller said of a potential Huntsman run. “He wouldn’t have to raise a dime. That’s hard to beat.”

The former governor announced in 2018 that he had been diagnosed with skin cancer but suggested it wouldn’t interfere with any plans he had for the future.

“It’s just stage 1,” he told the Deseret News. “So we’ll probably get it taken care of, and we’ll be fine.”

Huntsman has worked in the administrations of five presidents. He served as Obama’s ambassador to China from 2009 to 2011 and as the ambassador to Singapore from 1992 to 1993 under both George H.W. Bush and Bill Clinton. He stepped down as ambassador to China to launch an unsuccessful bid for the Republican nomination in the 2012 presidential election.