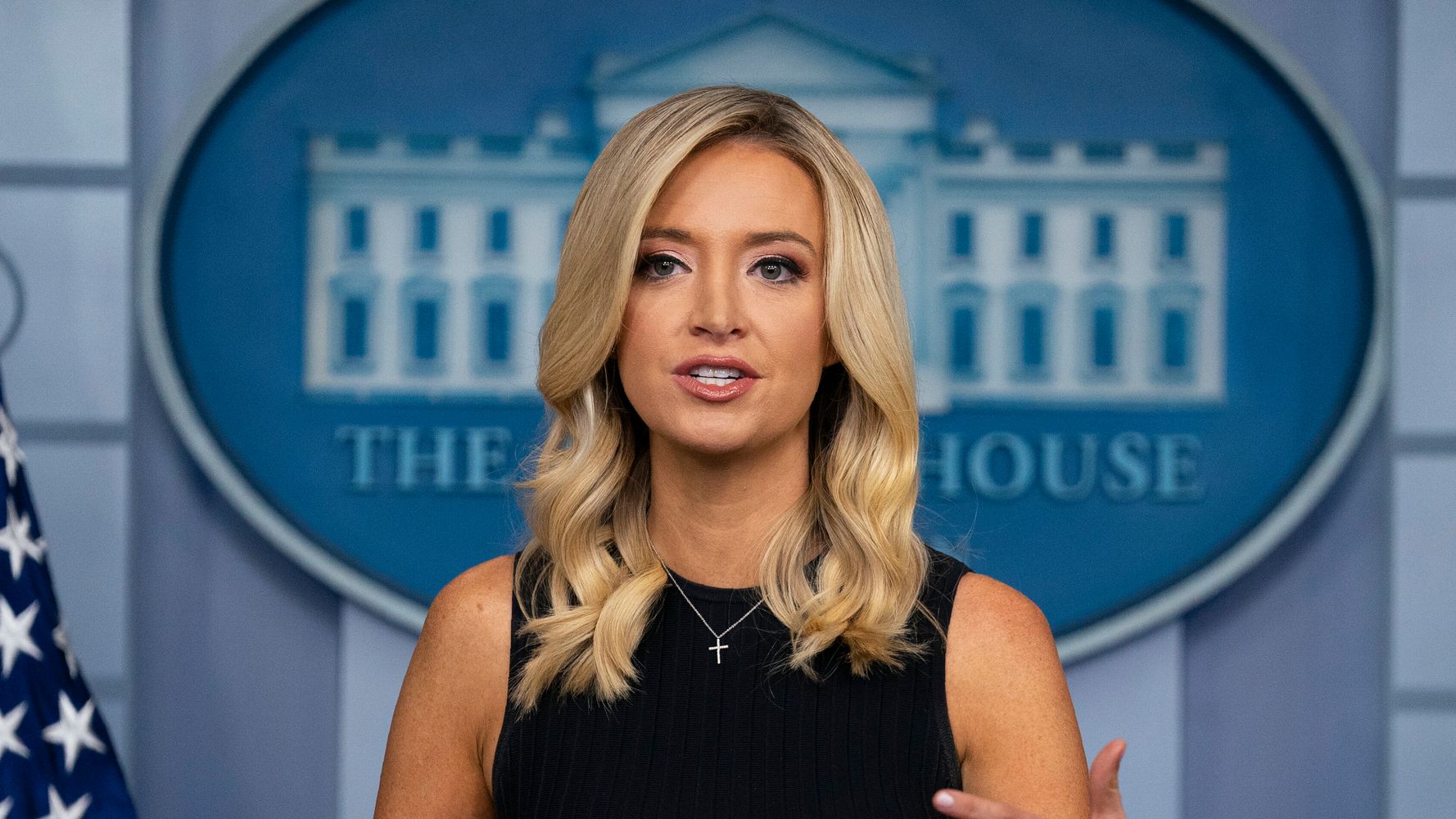 Even stranger may be the rationale Kayleigh McEnany offered up for the bizarre statements when she spoke with Fox News Thursday.

Bret Baier pointed out the disconnect to the White House press secretary succinctly.

“The other day he was asked about Ghislaine Maxwell, who’s being federally prosecuted for allegedly recruiting, grooming, sexually abusing underage girls,” Baier said. ”He said, ‘I just wish her well, frankly. I wish her well.’ That raises some eyebrows, Kayleigh,” Baier said.

Considering the many photographs that exist showing Trump with Maxwell and her former boyfriend, Jeffrey Epstein, many have speculated that Trump is aware that she may have damaging information on the president and that he sent the well-wishes as a message.

McEnany said that wasn’t the case at all and that the good wishes were actually a message of hope for Maxwell’s alleged victims.

“What the president was noting is that the last person who was charged in this case ended up dead in a jail cell, and the president wants justice to be served for the victims in this case, and he prefers this to play out in a courtroom,” McEnany said.

“Have you talked to him about that?” he asked.

“I have spoken to him about that,” McEnany replied.

Baier pressed back that “a lot of people were saying it just seemed a strange answer.”

McEnany insisted that the president took the charges against Maxwell seriously.

“This president is the president that banned Jeffrey Epstein from coming to Mar-a-Lago. This president was always on top of this, ahead of this, noting this, banning this man from his property long before this case was even being played out in a court of law.”

Kayleigh McEnany: What Trump was saying is Epstein ended up dead in jail and he wants justice served for the victims.

Baier: “A lot of people were saying it seemed a strange answer.” pic.twitter.com/uNKmA9rElx

I guess they think this sounds like a great response.

So, she’s admitting that Epstein was murdered. Yeah, she is.

You think she pulled any muscles contorting this much? https://t.co/EaaJSG0vNM