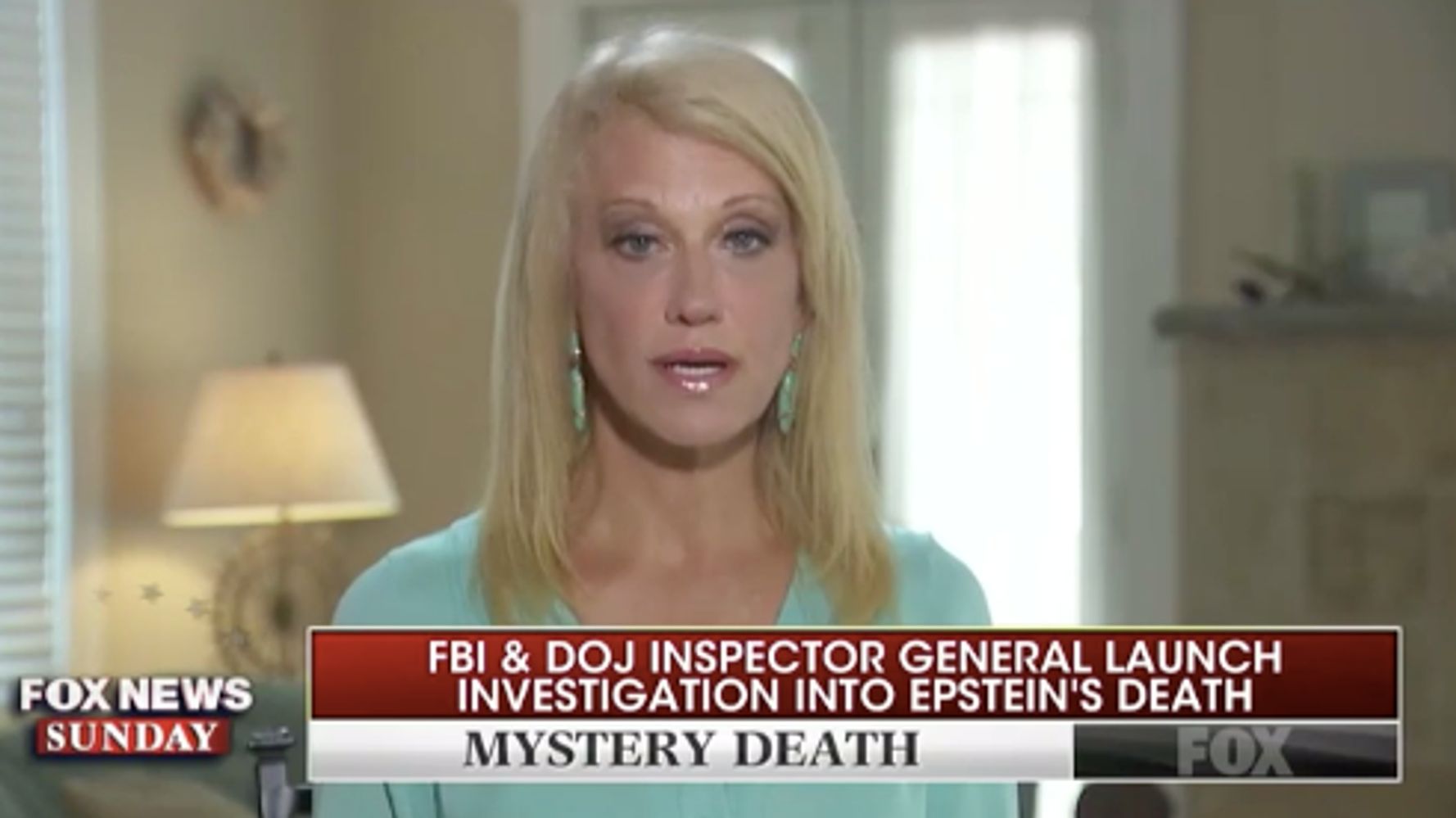 After stating on “Fox News Sunday” that she couldn’t discuss any ongoing investigations into the convicted sex offender’s death, the senior White House aide was asked why the president amplified such a baseless claim.

“I think the president just wants everything to be investigated,” Conway told Fox News’ Bill Hemmer. “There was some unsealed information implicating some people very high up.”

She continued: “I will say, Bill, that there’s always this rush to ‘we need transparency, we need accountability,’ when it involves fictional accusations like collusion with Russia to swing an election. This seems to be very concrete in that Jeffrey Epstein has done some very bad things over a number of years.”

Hemmer continued to press Conway about Trump’s retweet, stating it was “clear what he was trying to say.”

“I think the president just wants everything to be investigated,” Conway repeated. “But you do hear different people asking questions and they want to know who else was involved in Epstein’s crimes or even just, um, activities.”

Hours after Epstein was found dead in his New York City jail cell Saturday, Trump shared a tweet to his more than 63 million followers that included the hashtag #ClintonBodyCount and suggested the Clintons were behind it.

There is no evidence substantiating the “Clinton Body Count” conspiracy theory, which tries to link the family to a number of deaths. Snopes, the fact-checking news site, extensively debunked the false claims when they first surfaced.

A spokesman for the Clinton family tweeted that the conspiracy theory was “ridiculous” and “of course not true.”

Trump’s retweet prompted condemnation from Democrats and many journalists, who suggested it was dangerous and wildly inappropriate for the president to promote such a claim about his former political rivals.

Jake Tapper, host of CNN’s “State Of The Union,” tore into Trump for “using his amplified voice to spread conspiracy theories” once again.

“We begin this morning with a retweet from the president of the United States,” Tapper said Sunday. “Not a message about healing or uniting the country one week after two horrifying massacres, not about the victims of those tragedies.”

“Instead, President Trump, using his massive Twitter platform … to spread a deranged conspiracy theory,” he continued. “President Trump could use his megaphone for anything, but the president often uses it to amplify that which is the worst of us: personal attacks, bigotry and insane conspiracy theories.”

Later on the show, former Texas Rep. Beto O’Rourke, a 2020 Democratic presidential hopeful, bashed Trump’s retweet as “another example of our president using this position of public trust to attack his political enemies with unfounded conspiracy theories.”

“President Trump could use his megaphone for anything. But the president often uses it to amplify that which is the worst of us,” says @jaketapper.

“This is no longer just irresponsible and indecent, it’s dangerous.” #CNNSOTU pic.twitter.com/OFspWZ2Zae

Epstein, a former high-profile hedge fund manager, reportedly killed himself at the Metropolitan Correctional Center in Manhattan on Saturday. He was being held in the jail as he awaited trial on sex-trafficking charges.

His death has raised questions and concerns from Justice Department officials and lawmakers on both sides of the aisle. Attorney General William Barr announced Saturday that his department’s inspector general is opening an investigation into the matter.

Both Trump and Bill Clinton had relationships with Epstein, who was known to be well connected to powerful people. Court documents unsealed this week showed both men had flown on Epstein’s private jet in the past.

Clinton recently claimed he didn’t know anything about Epstein’s “terrible crimes” and hasn’t spoken to him in “well over a decade.” Trump, who appeared in photos and video with Epstein at various events, said last month that he had a “falling out” with Epstein and was “not a fan of his.”