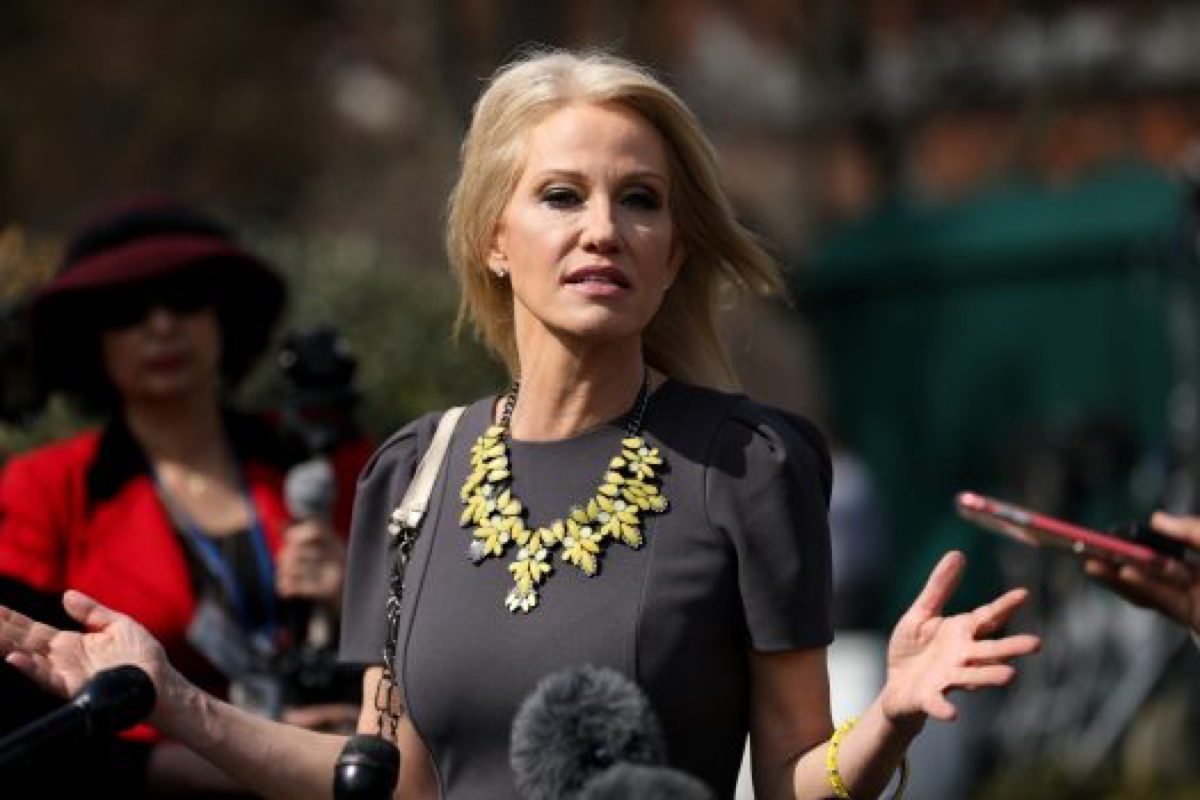 White House counselor Kellyanne Conway has announced she is leaving the White House at the end of the month to devote more attention to her children.

In a public statement, Conway thanked President Donald Trump, the first lady, vice president, second lady, and her colleagues in the Trump administration for a “heady” and “humbling” time as senior counselor.

“The past 4 years have allowed me blessings beyond compare,” Conway said.

But she said that she would be stepping aside from her role at the White House to support her four children, who are about to start a new academic year in middle school and high school learning remotely from home.

“As millions of parents nationwide know, kids ‘doing school from home’ requires a level of attention and vigilance that is as unusual as these times,” she said.

Conway’s husband, George Conway, also announced Sunday night that he was stepping back from his job at the anti-Trump political-action committee the Lincoln Project, to “devote more time to family matters.” George, a conservative lawyer, founded the Lincoln Project with similar-minded current and former Republicans.

“I continue to support the Lincoln Project and its mission. Passionately,” he said.

Conway said she would announce her future plans in due time. “For now, and for my beloved children, it will be less drama, more mama.”

She also expressed her belief in the “measurable, positive impact on the peace and prosperity of the nation” that the Trump presidency has contributed so far.

“For all of its political differences and cultural cleavages, this is a beautiful country filled with amazing people. The promise of America belongs to us all,” she said.