Kevin McCarthy: ‘Everybody Across This Country’ Is To Blame For Capitol Attack 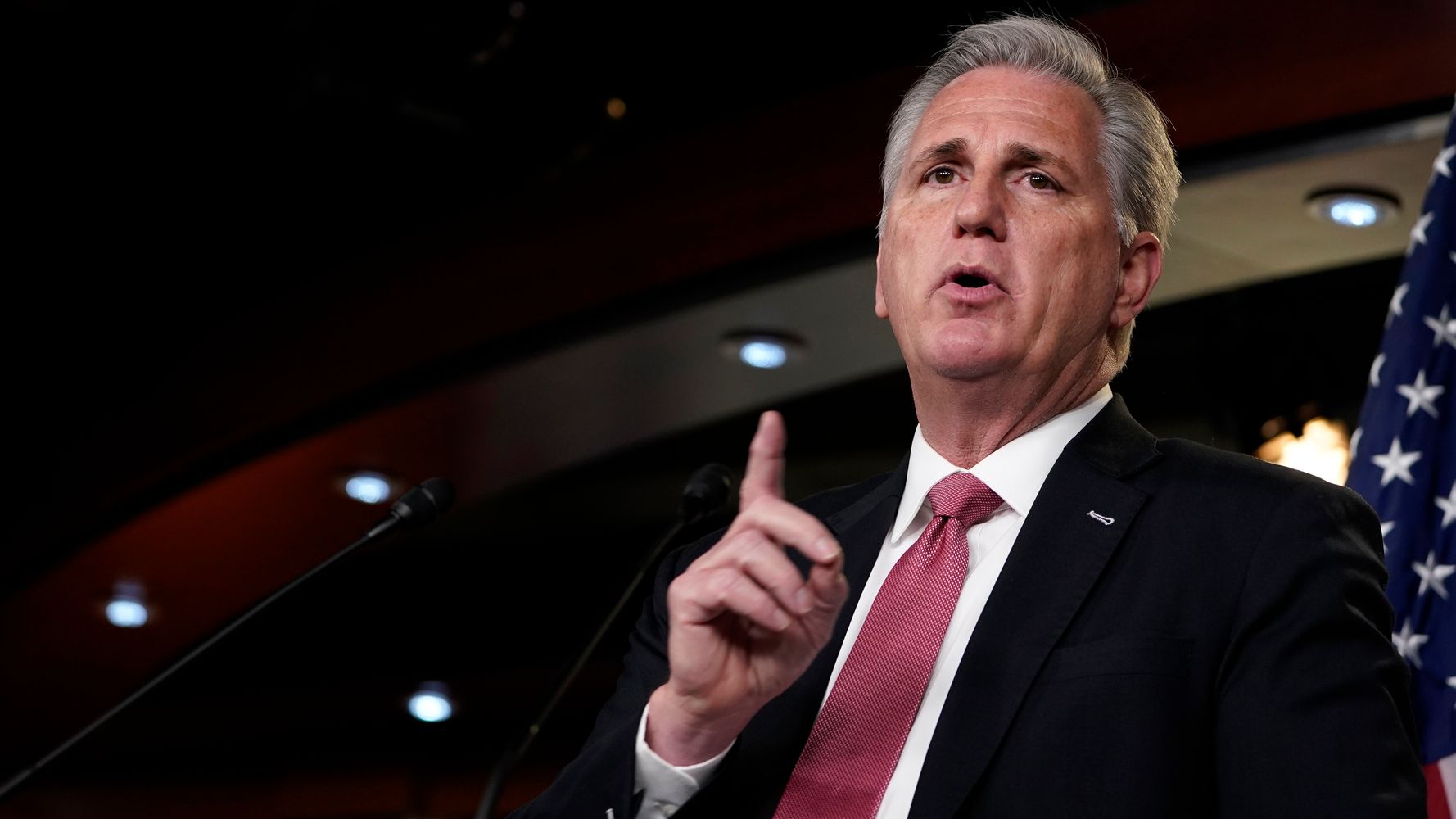 But since then, he has seemed to walk back his criticism.

On Thursday, he told reporters that he didn’t actually believe Trump had “provoked” the mob of his supporters.

He stood by his assertion that Trump does bear some responsibility for what happened. But, he added, so does every other person around the country.

“I also think everybody across this country has some responsibility,” he said.

McCarthy then started pointing to Democrats who opposed Trump, Rep. Maxine Waters (D-Calif.), people who are rude on social media and law enforcement authorities who didn’t prepare for the attack as some of the people who were somehow responsible.

“I think this is what we have to get to the bottom of, and when you start talking about who has responsibilities, I think there’s going to be a lot more questions, a lot more answers we have to have in the coming future,” he added.

Trump’s supporters were in town Jan. 6 for a “Stop the Steal” rally, full of people who believed that Joe Biden didn’t actually win the presidential election. Trump encouraged them to march to the Capitol to stop Congress ― and his own vice president ― from certifying the official Electoral College results on behalf of Biden.

Indeed, he did say, “I know that everyone here will soon be marching over to the Capitol building to peacefully and patriotically make your voices heard.”

But Trump also encouraged them to fight.

“We’re probably not going to be cheering so much for some of them because you’ll never take back our country with weakness,” he said. “You have to show strength, and you have to be strong.”

He also turned Mike Pence, his vice president, into an enemy, saying he had better do the “right thing.” Many Trump supporters who marched to the Capitol were furious at Pence, even talking about lynching him.

McCarthy’s insistence that Trump didn’t provoke the mob is in direct contradiction to what Senate Minority Leader Mitch McConnell (R-Ky.) has said.

“The mob was fed lies,” McConnell said Wednesday. “They were provoked by the president and other powerful people, and they tried to use fear and violence to stop a specific proceeding of the first branch of the federal government which they did not like.”