Key Takeaways From The Whistleblower Complaint On Trump’s Ukraine Call 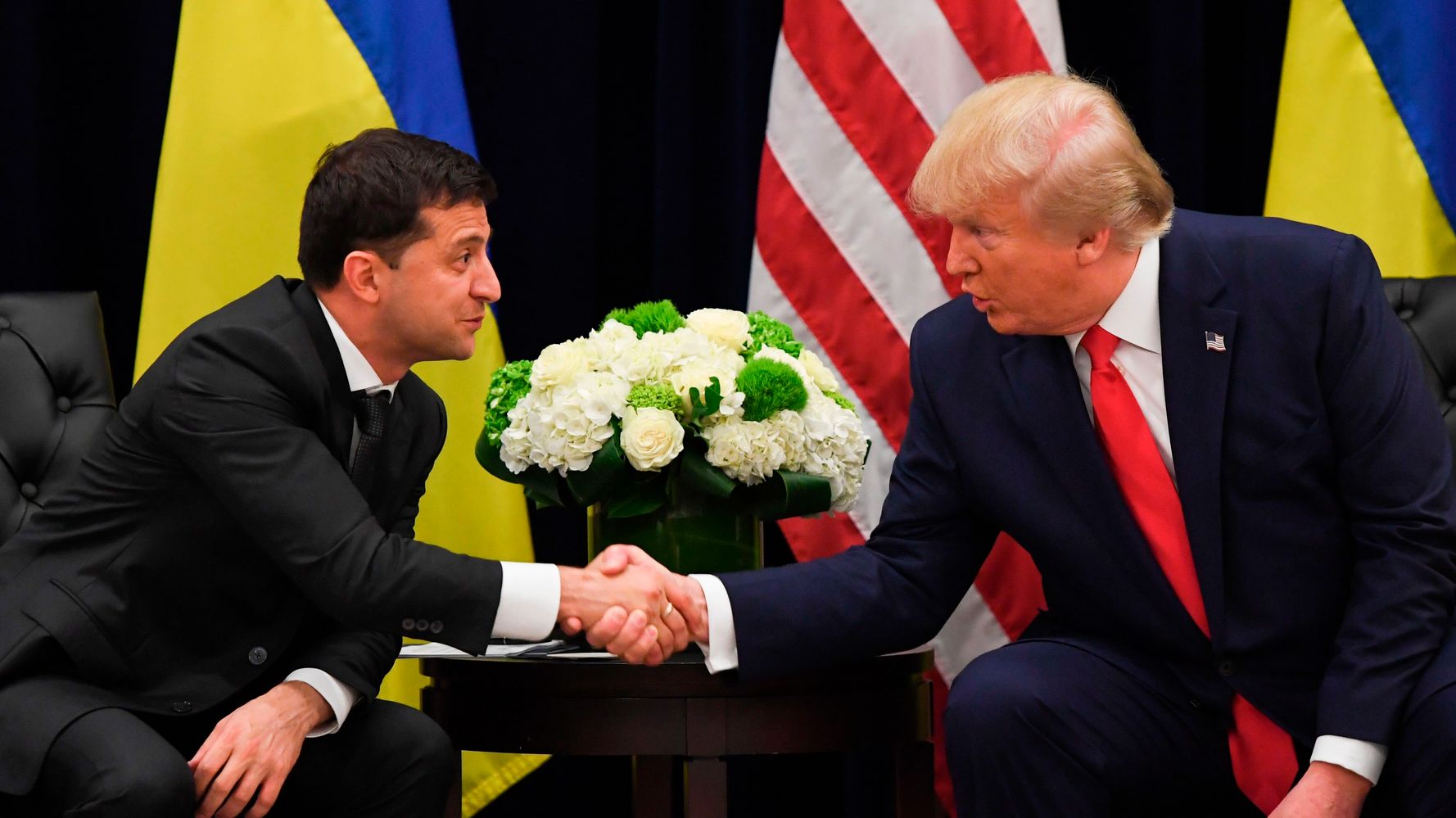 The whistleblower complaint that helped fuel a historic impeachment inquiry into President Donald Trump was made public (minus a few redactions) on Thursday, just before a high-stakes congressional hearing with acting Director of National Intelligence Joseph Maguire.

A day earlier, a summary of Trump’s July 25 phone call, central to the whistleblower’s bombshell complaint, was released by the White House. The release surprised some on Capitol Hill, seeing as how its contents were so damning. The summary confirmed that Trump asked Ukrainian President Volodymyr Zelensky to investigate Joe Biden, who the president considers to be his biggest threat in the 2020 election ― which is ironic because asking a foreign country to interfere in a U.S. election is exactly what the whole 2016 Russia imbroglio was about.

But the whistleblower complaint goes further, alleging the president and White House officials attempted to use others to cover up Trump’s misdeeds.

You can see the redacted complaint for yourself here, or read on for some key takeaways.

The Trump administration tried to cover up records of the Ukrainian call.

The whistleblower, whose identity has not been made public, said that Trump “used the power of his office to solicit interference from a foreign country in the 2020 U.S. election” in the phone call and that the complainant and administration officials were “deeply concerned” about the behavior.

“Senior White House officials,” according to the complaint, stepped in to “lock down” all records of the call with the newly elected Ukrainian president. They were “directed” by White House lawyers to scrub the electronic transcript from a computer system where they are typically stored and move it to a secure system used for especially sensitive classified information.

“This set of actions underscored to me that White House officials understood the gravity of what had transpired in the call,” the whistleblower wrote.

Some officials worried this was an abuse of the top-secret computer system, because the call “did not contain anything remotely sensitive from a national security perspective,” the complaint said. Typically, the secure system is used for “codeword-level intelligence information, such as covert action.”

Trump appears to have squirreled away records of calls before, in order to protect politically sensitive information.

From the complaint: “According to White House officials I spoke with, this was ‘not the first time’ under this Administration that a Presidential transcript was placed into this codeword-level system solely for the purpose of protecting politically sensitive ― rather than national security sensitive ― information.”

The complaint gave no indication what those other calls might have been about, or if they might be relevant to the impeachment inquiry.

Discussion of the Trump-Zelensky call, including whether it supports impeachment, has involved lots of speculation over whether the U.S. leader threatened to withhold military aid to Ukraine if Zelensky did not acquiesce to Trump’s demands.

At the bottom of an appendix to the complaint, the whistleblower wrote: “As of early August, I heard from U.S. officials that some Ukrainian officials were aware that U.S. aid might be in jeopardy, but I do not know how or when they learned of it.”

Otherwise the complaint barely touches on military aid. But it does suggest that a future meeting between Trump and Zelensky, which the Ukrainian leader wanted, would “depend on whether Zelensky showed willingness to ‘play ball.’”

Rudy Giuliani, the former New York mayor who is now Trump’s personal attorney, engaged in a series of meetings and visits with Ukrainian officials in order to advance the president’s interests, the complaint says.

Two U.S. ambassadors also tried to help Zelensky “navigate” Trump’s demands. According to the complaint, U.S. Special Representative for Ukraine Negotiations Kurt Volker and U.S. Ambassador to the European Union Gordon Sondland visited Kiev the day after the call. The call summary suggests Attorney General William Barr was involved here in some way, but the whistleblower doesn’t seem to know too much about that.

“I do not know the extent to which, if at all, Mr. Giuliani is directly coordinating his efforts on Ukraine with Attorney General Barr or [U.S. Attorney John] Durham,” who was assigned by Barr lead an investigation into the origins of the Russia inquiry, the whistleblower wrote in a footnote. Conspiracy theorists believe that hackers behind the 2016 Democratic National Committee server intrusion were not working for Russia, an idea Giuliani is also pursuing.

All of this was met with concern. “Starting in mid-May, I heard from multiple U.S. officials that they were deeply concerned by what they viewed as Mr. Giuliani’s circumvention of national security decisionmaking processes to engage with Ukrainian officials and relay messages back and forth between Kyiev and the President,” the whistleblower wrote.