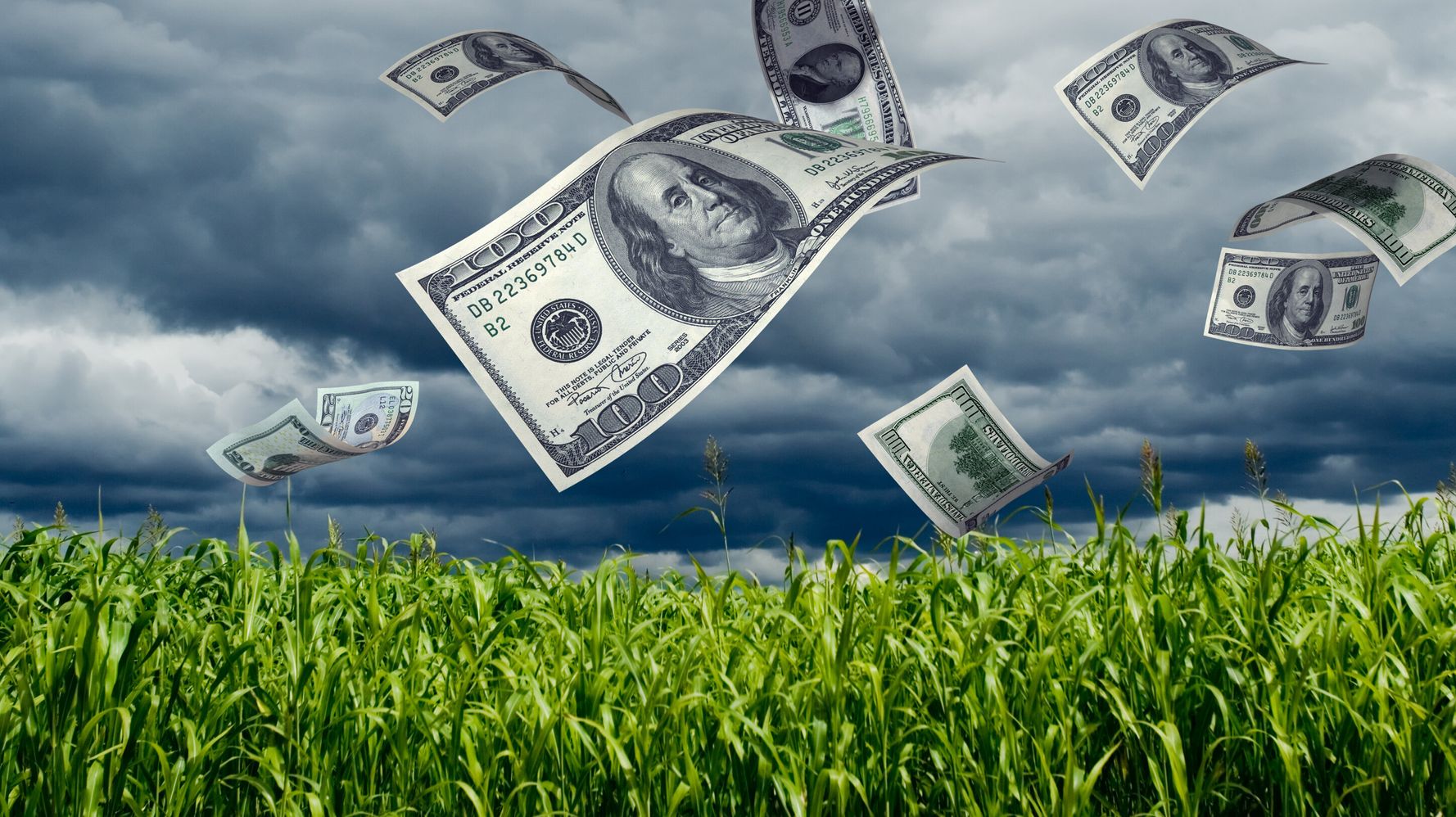 Billions of taxpayer dollars in farm subsidies aimed at mitigating the damage of President Donald Trump’s trade war with China have “overwhelmingly flowed to the largest and most successful farmers” rather than aiding struggling operations, according to a new report.

More than half of the farm bailouts went to just one-tenth of the recipients in the program, according to a study by the nonprofit Environmental Working Group. The top 1% of farmers were paid an average $183,000, while the bottom 80% averaged less than $5,000. The group analyzed records it obtained through the Freedom of Information Act on $8.4 billion in federal payments to 563,000 participants from January 2018 through April 2019.

One farm, DeLine Farm Partnership of Charleston, Missouri, received $2.8 million in trade aid payments, according to the records. Eighty-two operations received more than $500,000 each as part of the U.S. Department of Agriculture’s Market Facilitation Program. Payment recipients were almost exclusively white.

More than $60 million in trade aid went to a U.S. subsidiary of a Brazilian meatpacking company, which is the largest in the world.

“When Market Facilitation Program payments continue to overwhelmingly flow to an elite group of the largest farms, wealthy landowners and city residents with no real connection to the day-to-day operations on the land, it’s clear the program is deeply flawed and not delivering aid to those farmers in desperate need,” Donald Carr, a senior adviser to Environmental Working Group, told Bloomberg.

America’s farmers have been among the biggest losers in Trump’s trade war with China. After the first round of U.S. tariffs, China ― the largest market for many American crops ― retaliated with tariffs aimed at farmers because of their support for Trump. The Trump administration eventually rolled out two rounds of farm bailouts expected to total $28 billion. No other industry hurt by the trade war is receiving taxpayer aid.

Anne Schechinger, a senior economics analyst for Environmental Working Group, questioned giving out taxpayer subsidies for “these huge farms that are making tons of money each year …. while smaller farmers struggle.” She told The Washington Post that some farms could be “quadruple dipping” into trade war bailouts and other farm subsidies.

Trade aid payments were capped last year at $125,000 per person in three categories: soybeans and other row crops; pork and dairy; and cherries and almonds. But farms set up as corporations or partnerships can exceed those limits. And relatives and partners who don’t live or even work on a farm can still collect payments as long as they help make some kind of management decision.

“If your farm partnership has 20 people, each person could take $125,000. You only have to be ‘actively engaged’ in farming, and that is a super vague qualification,” Schechinger told the Post. “It could mean that you call in once a year to a shareholder meeting.”

This year, the subsidy payments are capped at $250,000 per person or legal entity, with a total cap of $500,000. But again, the restrictions are easily skirted, according to Schechinger. Thousands of aid recipients actually live in the nation’s largest cities, according to the report.

The National Farmers Union called it “alarming this administration has provided the means for the largest farms to get even larger.”

“We are disappointed that USDA did not use its discretion to focus this aid on family farmers and ranchers who need it most,” union president Roger Johnson told Bloomberg.

Just 10% of eligible farmers received 54% of all trade assistance payments. At a time that the number of mid-sized family farms has been rapidly declining, it’s alarming this administration has provided the means for the largest farms to get even larger. https://t.co/DNKaDXwAwz pic.twitter.com/xNmsAav7Dk

The $12 million the government spent last year on trade aid for farming operations is in addition to other longstanding government farm aid, including commodity subsidies, crop insurance subsidies and disaster payments. Nearly 28,000 farms have received subsidies from these programs for 32 years continuously, Environmental Working Group noted. Total subsidy payments across all programs in 2018, including the trade bailouts, totaled more than $18 billion.

“The farm program is meant to help people over humps beyond their own control,” Grassley told reporters. “Some large farmers do have the benefit of having resources to get over those humps without government help.”

The Department of Agriculture said in a statement that the program “is designed to provide a level of support that’s proportionate to a farm’s size and success.” Payments were made “based on a producer’s individual production — the more acres they farm … the more assistance they receive.”

Nine of every 10 counties that voted for Trump in the 2016 election have received farm trade subsidies, according to The Washington Post.

THIS IS EPIC. 9 in 10 counties that voted for Trump have received subsidies to fight the trade war ($8 billion so far, w/ at least $16B more to come) https://t.co/jPxll1Ev8z — per @pbump @washingtonpost #TradeWars #bigag #corporatewelfare #agimpacts @ewg pic.twitter.com/fQknIJNy3w