Late Night Hosts Roast Trump’s China Comments: ‘Is He Trying To Impeach Himself?’ 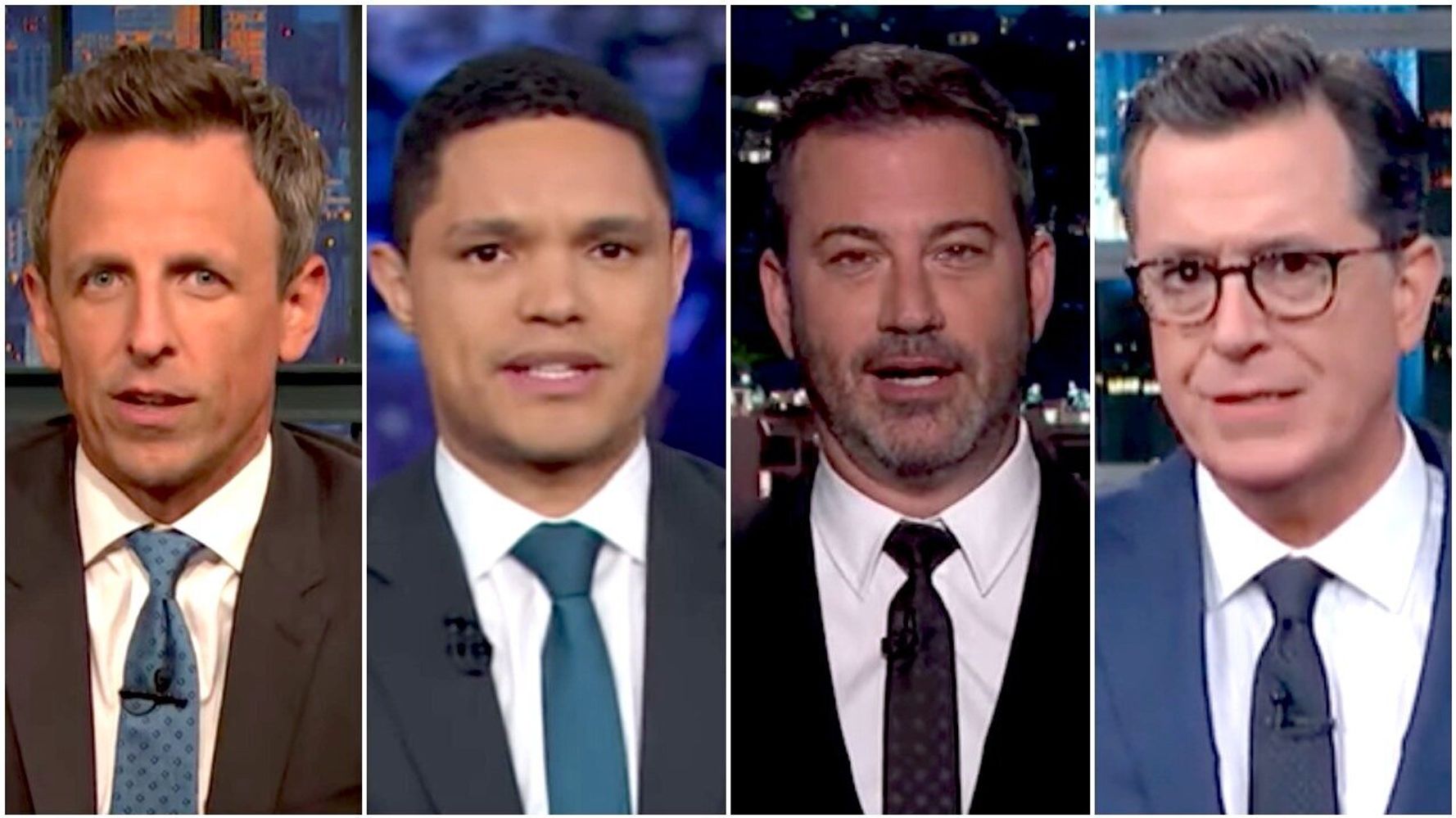 The comics of late night television had a lot of material to work with this week.

Standing on the White House lawn, the president offhandedly told reporters on live television that he wanted Ukrainian President Volodymyr Zelensky to open an investigation into his 2020 presidential rival Joe Biden, and then went on to suggest he would also like China to get involved in investigating the former vice president.

The president dropped the China comments in the thick of an intensifying impeachment inquiry, resulting directly from his request for the Ukrainian leader to investigate Biden during a July 25 phone call.

The late night comedians had a good laugh at the president’s seeming readiness to throw himself under the bus, with Jimmy Kimmel wondering: “Is he trying to impeach himself?”

“The Constitution gives the accused the right to remain silent, and clearly, Donald Trump has never read the Constitution,” Stephen Colbert quipped.

Trevor Noah and Meyers also weighed in on Trump’s inclination to throw not only himself, but Vice President Mike Pence, to the wolves.

Check out Noah’s commentary on “The Daily Show” here:

See what Kimmel had to say on “Jimmy Kimmel Live”: