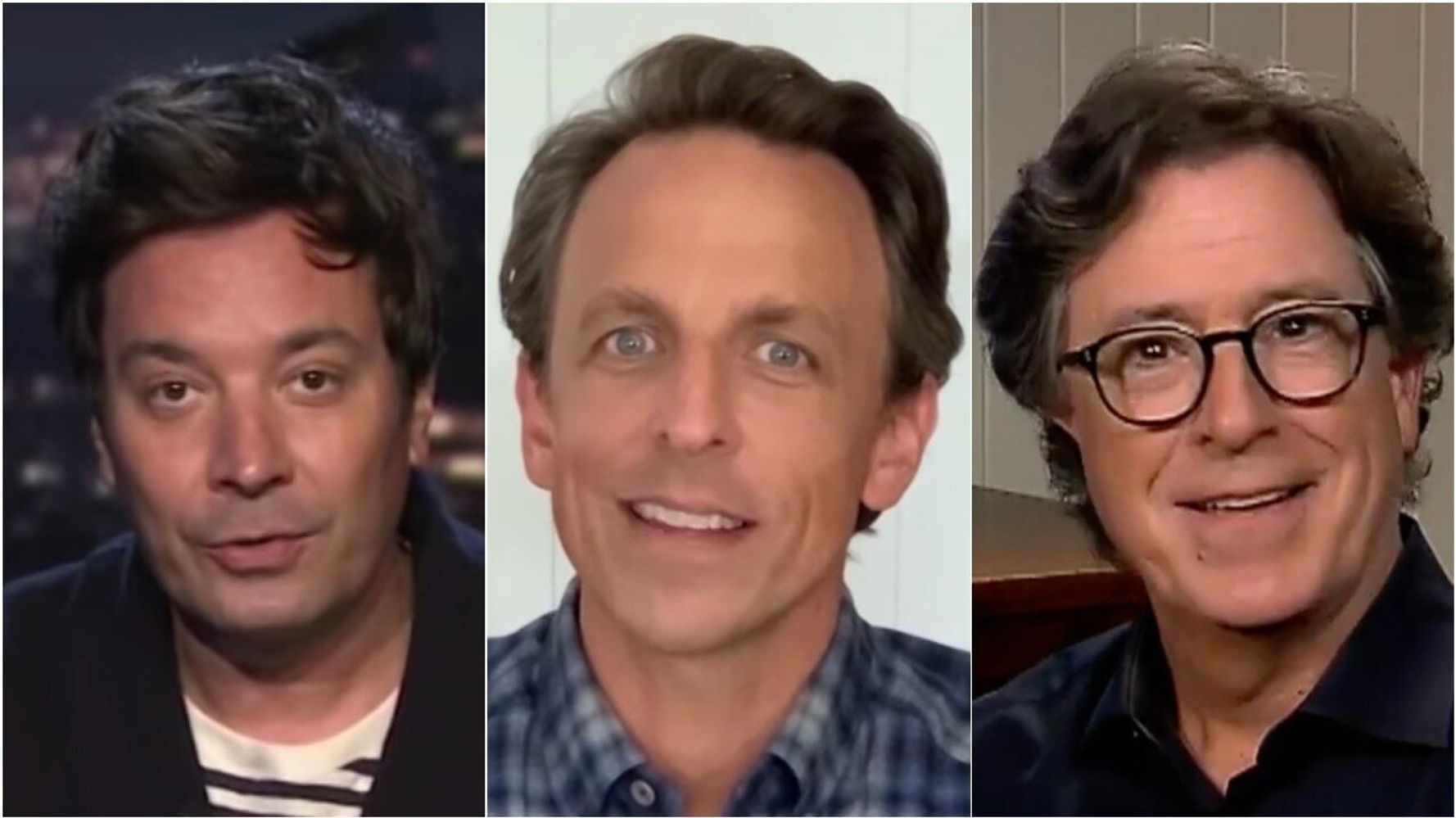 President Donald Trump’s first boast about how he “aced” his cognitive test proved to be excellent fodder for late-night TV hosts ― and he just keeps feeding them more material.

The comedians of late night let loose Thursday after the president grandstanded about his test results again during an interview that aired Wednesday on Fox News.

On Sunday, during another interview on the network with anchor Chris Wallace, Trump had claimed that the test gets “very hard,” prompting an onslaught of mockery from his late-night critics.

The Montreal Cognitive Assessment (MoCA) test was designed not to measure intelligence but to look for signs of cognitive impairment, meaning its questions are supposed to be quite simple for those who are not cognitively impaired, its founder told MarketWatch earlier this week.

Nonetheless, the president proudly announced in his latest interview that he was able to recite the words “Person, woman, man, camera, TV” in order multiple times.

“They say, ‘That’s amazing. How did you do that?’ I do it because I have, like, a good memory,” he said of his doctors. “Because I’m cognitively there.”

“Late Show” host Stephen Colbert said Trump was racking up points for his game-show, “So You Think You Can Keep Your Car Keys.”

“The Tonight Show” host Jimmy Fallon said he “felt a lot better knowing that the president of the United States passed concussion protocol” and played a Dora The Explorer-themed study tool for the test.

Check out his roast below:

And Seth Meyers on “Late Night” wondered how on earth the president was able to name five whole objects in his field of vision.

“Send this man his MacArthur Genius Grant and get Mensa on the phone, they’re going to want to see this,” he said.