Lindsey Graham Whips Out One Of His Wildest Trump Defenses Yet 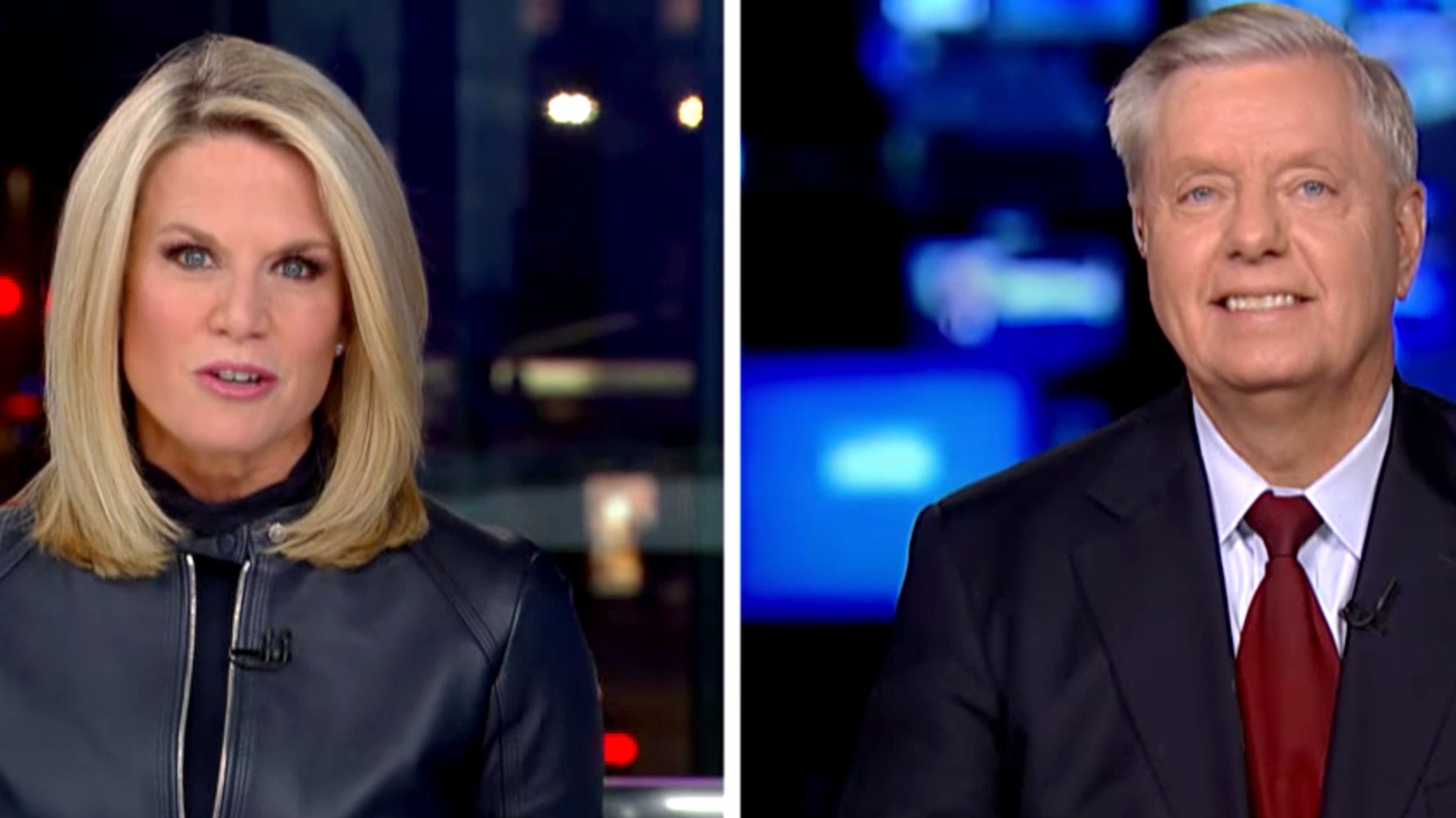 Sen. Lindsey Graham (R-S.C.) is attempting to discredit the revised testimony of Gordon Sondland, U.S. ambassador to the European Union and major Donald Trump donor, by saying that he may have connections to “Democratic operatives.”

Graham appeared Wednesday night on Fox News to discuss transcripts of closed-door interviews with two key officials that had been released Tuesday by House investigators, including a significantly revised update added Monday by Sondland. The revision acknowledged Sondland was involved in President Trump’s attempted quid pro quo with Ukraine’s government, which involved the release of military aid in exchange for a Ukrainian investigation into Trump’s political rival Joe Biden.

Sondland had previously said he could not recall the details but then said that subsequent testimonies (which contradicted portions of his original testimony) refreshed his recollection of conversations involving the suspension of U.S. aid.

Speaking to Fox News presenter Martha McCallum, Graham threw out a baseless theory that Sondland’s decision to revise his testimony was the work of Democrats.

Lindsay Graham is now speculating that Gordon Sondland (who donated $1M to Trumps inauguration) is in cahoots with Democrats pic.twitter.com/jjGzmc57uj

Sondland, a wealthy Seattle hotelier who was appointed to the diplomat role by Trump last June, notably donated $1 million to Trump’s inaugural committee, fundraised for former President George W. Bush, Mitt Romney and John McCain, and has been a major GOP donor for many years.

“Why did Sunderland change his testimony,” Graham speculated, referring to Sondland. “Was there a connection between Sunderland and Democratic operatives on the committee?”

“I’ve been a lawyer for a very long time, and when somebody changes their testimony, they suddenly recall something they didn’t know before, it makes me incredibly suspicious. Why did he change his mind? What prompted him to change his mind?”

The revision to Sondland’s testimony was widely interpreted as a cleanup statement to address the contradictions and omissions that became apparent during subsequent testimonies. His admission corroborates the testimonies of several other witnesses who stated the president did tell the Ukrainian government to investigate Biden in exchange for releasing the aid.

Graham had previously said it would be “very disturbing” if any real evidence emerged of a quid pro quo.