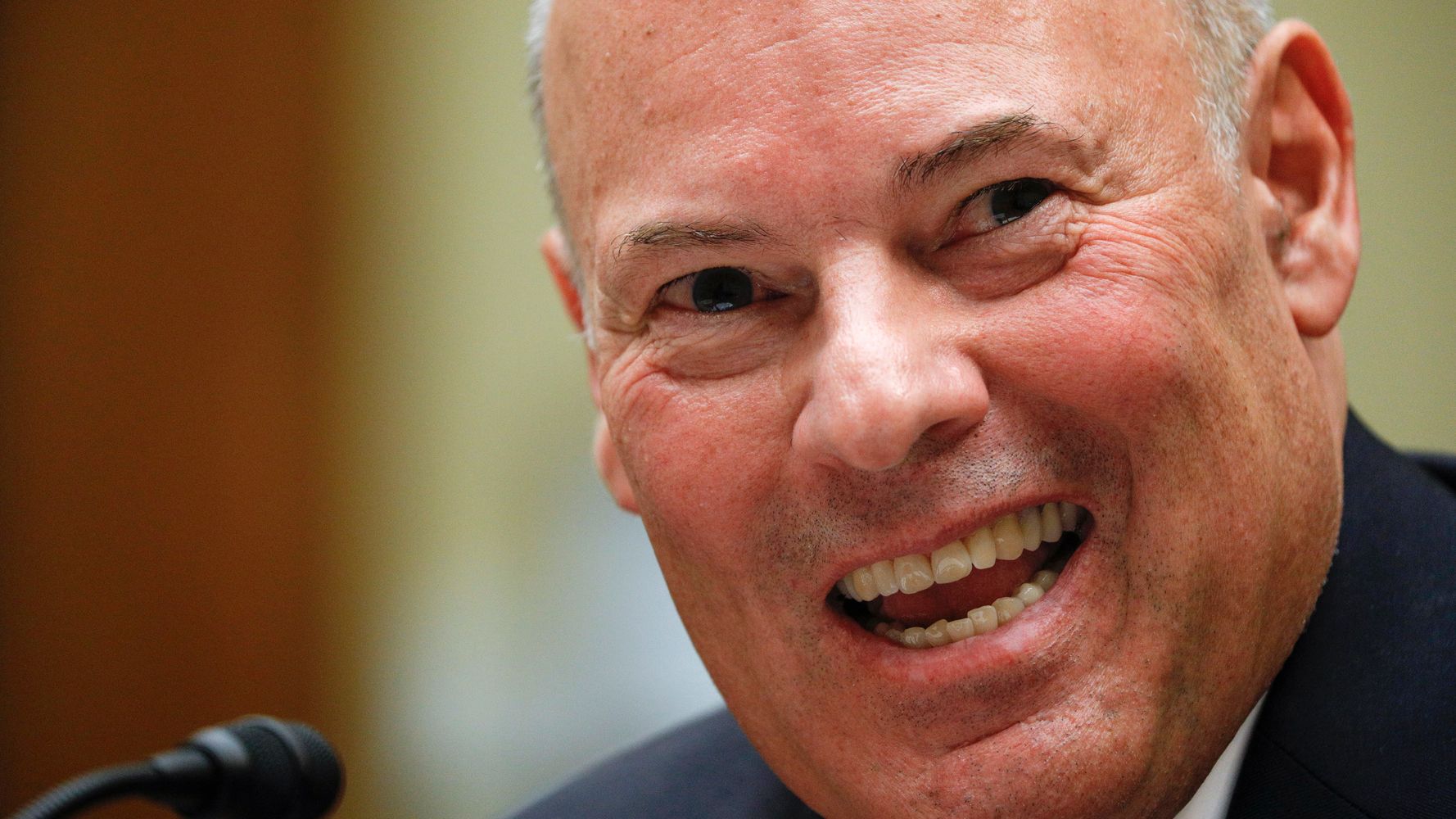 A hearing before the House Oversight Committee got tense Monday as Democrats pushed Postmaster General Louis DeJoy on recent changes he’s made to the U.S. Postal Service ― and how those changes could benefit President Donald Trump ahead of the presidential election.

Rep. Jim Cooper (D-Tenn.) in particular embarked on a lively line of questioning, focused on DeJoy’s status as a prominent Trump donor prior to his appointment atop the USPS in June.

Just how chippy did it get? Here’s Cooper’s last question: “Mr. DeJoy, is your backup plan to be pardoned like Roger Stone?”

DeJoy didn’t answer. Instead, he offered a laugh, a dismissive head shake and a “no comment,” adding, “It’s not worth my time.”

Rep. Jim Cooper asks: “Mr. DeJoy, is your backup plan to be pardoned like Roger Stone?”

I don’t even know what the USPS sabotage guy said in response, I was too busy laughing. @repjimcooper is a national treasure.

Video via the wonderful @atrupar pic.twitter.com/2hgxIqHN2N

Cooper spent the minutes leading up to that question pointing out how DeJoy’s actions are kneecapping the USPS right before a national election in which mail-in ballots will play a critical role. More than 550,000 mail-in ballots were rejected in this year’s presidential primaries, many because they were delivered past the deadline.

One of DeJoy’s recent policy changes at the USPS requires trucks to leave on time, preventing them from waiting even five minutes for other mail to arrive before they depart.

DeJoy told a Senate committee on Friday that the practice was intended to reduce overtime expenses. But it has also led to massive nationwide mail delays — including in Cooper’s district, where mail trucks are reportedly leaving sorting stations empty to make round-trip dispatches from Nashville to Illinois.

“Here are the truck records,” said, holding up a document. “That’s not efficiency. That’s insanity.”

Cooper also prodded DeJoy on his contributions to the Trump campaign, wondering aloud if the longtime Republican mega-donor might have run afoul of campaign finance rules by reimbursing employees at his former company who donated.

DeJoy testily called the question “outrageous” before saying, “The answer is no.”

“I’m fully aware of … legal campaign contributions,” DeJoy replied. “I resent the assertion, sir. What are you accusing me of?”

DeJoy has substantial financial holdings in USPS competitors and contractors, including between $25 million and $50 million in XPO Logistics, a firm that contracts with the post office to act as a courier between package fulfillment centers.

DeJoy demurred when pressed on investments that appear to be a conflict of interest, saying he welcomes the results of an inquiry from the USPS inspector general.

Cooper’s questions followed another heated exchange. Rep. Stephen Lynch (D-Mass.) pilloried DeJoy over the claim that his experience in private business is to Americans’ benefit.

In heated exchange with Rep. Stephen Lynch, DeJoy says he won’t return sorting machines that had been removed from use

“The answer is no, and every accusation you made… is inaccurate and more misinformation for the American public”https://t.co/GRB3zR418N pic.twitter.com/MtXlxttiIk

“After 240 years of patriotic service delivering the mail [on time], how can one person screw this up in just a few weeks?” Lynch asked. “I understand you bring private sector expertise. I guess we couldn’t find a government worker who could screw it up this fast. It would take them a while.”