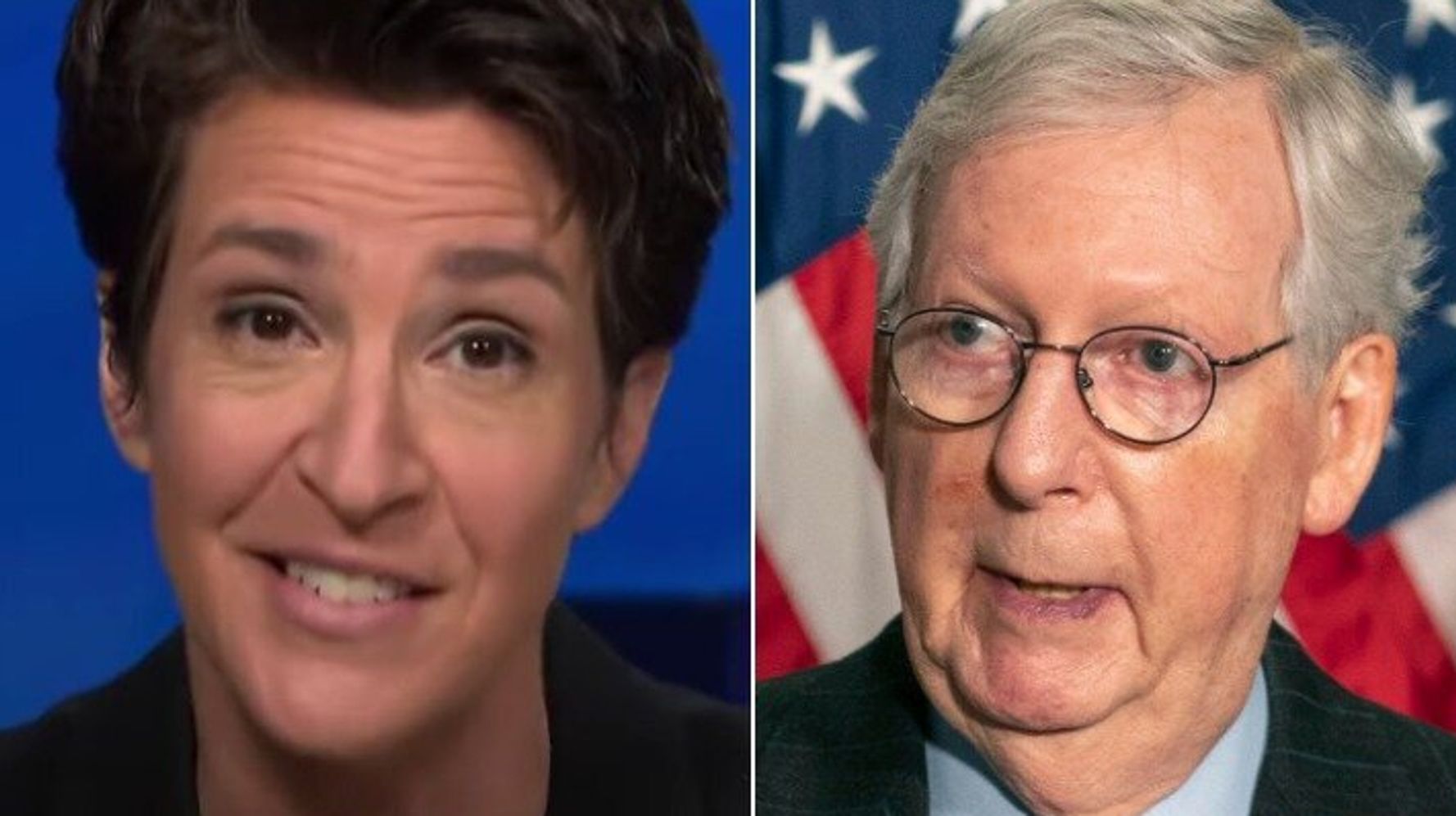 MSNBC anchor Rachel Maddow explained on Monday how Senate Minority Leader Mitch McConnell (R-Ky.) is trying to have his cake and eat it when it comes to the second Senate impeachment trial of ex-President Donald Trump.

Maddow noted how, following the deadly U.S. Capitol riot for which Trump will be tried for inciting this week, the then-Senate Majority Leader McConnell had refused to recall the chamber to start the trial when Trump was still in office.

“They didn’t start the trial until after Trump was gone. And once Trump was gone, McConnell voted with all those other Republicans to say, you know this trial really should have started while he was still president and now it’s too late,” she explained.

Maddow then used a gym class analogy to make her point:

“The Democrats would have happily acceded to Trump being put on trial while he was still president,” Maddow continued. “It was Mitch McConnell who stopped them doing that and now it is Mitch McConnell saying, ‘Well, it’s too late now.’”

Essentially, Maddow said Republicans were arguing that Trump couldn’t be tried while he was president ― or after.

“But Senator McConnell wants everybody to know just how much he wants Donald Trump to be held accountable for what he did,” she added.

Rachel Maddow calls out Mitch McConnell for trying to have it both ways on Donald Trump’s impeachment trial. #maddow pic.twitter.com/mPHZ5tSMwA