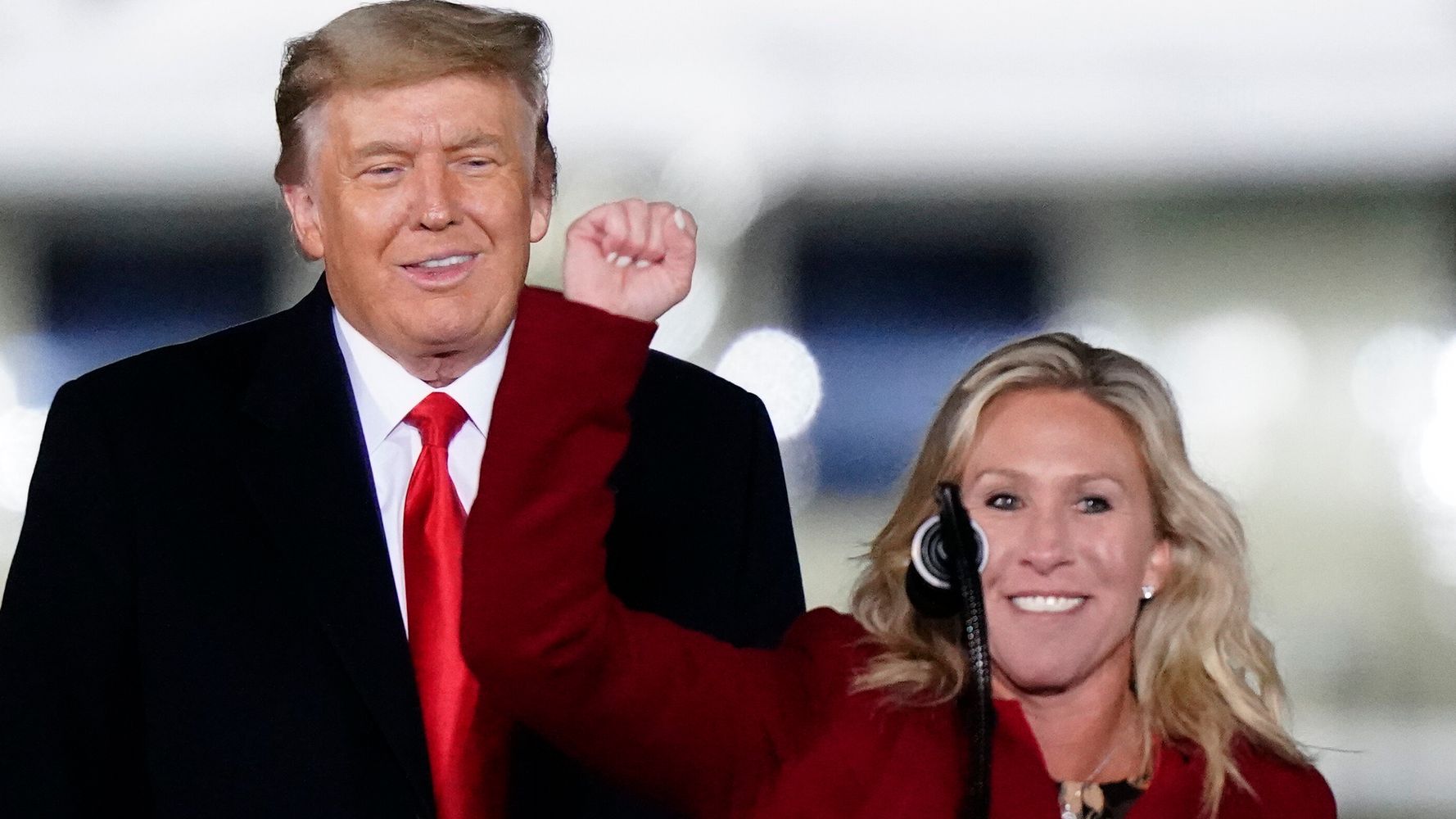 NBC’s Mehdi Hasan tried to recall as many of Greene’s controversial moments as possible in 60 seconds ― from her support of the PizzaGate and QAnon movements to her claims that the 9/11 terror attacks were an inside job and the Sandy Hook school shooting was a “false flag.”

“She thinks Donald Trump won the election and was robbed by mass voter fraud. In fact, she thinks (President Joe) Biden didn’t win Georgia, he rigged it against Trump, but she won her seat in Georgia, it wasn’t rigged against her.”

WATCH: What bizarre things does Qanon-courting Republican Rep. Marjorie Taylor Greene really believe? @mehdirhasan tries to squeeze as many of them as possible into 60 seconds. Start the clock: pic.twitter.com/fjtdJiucrN