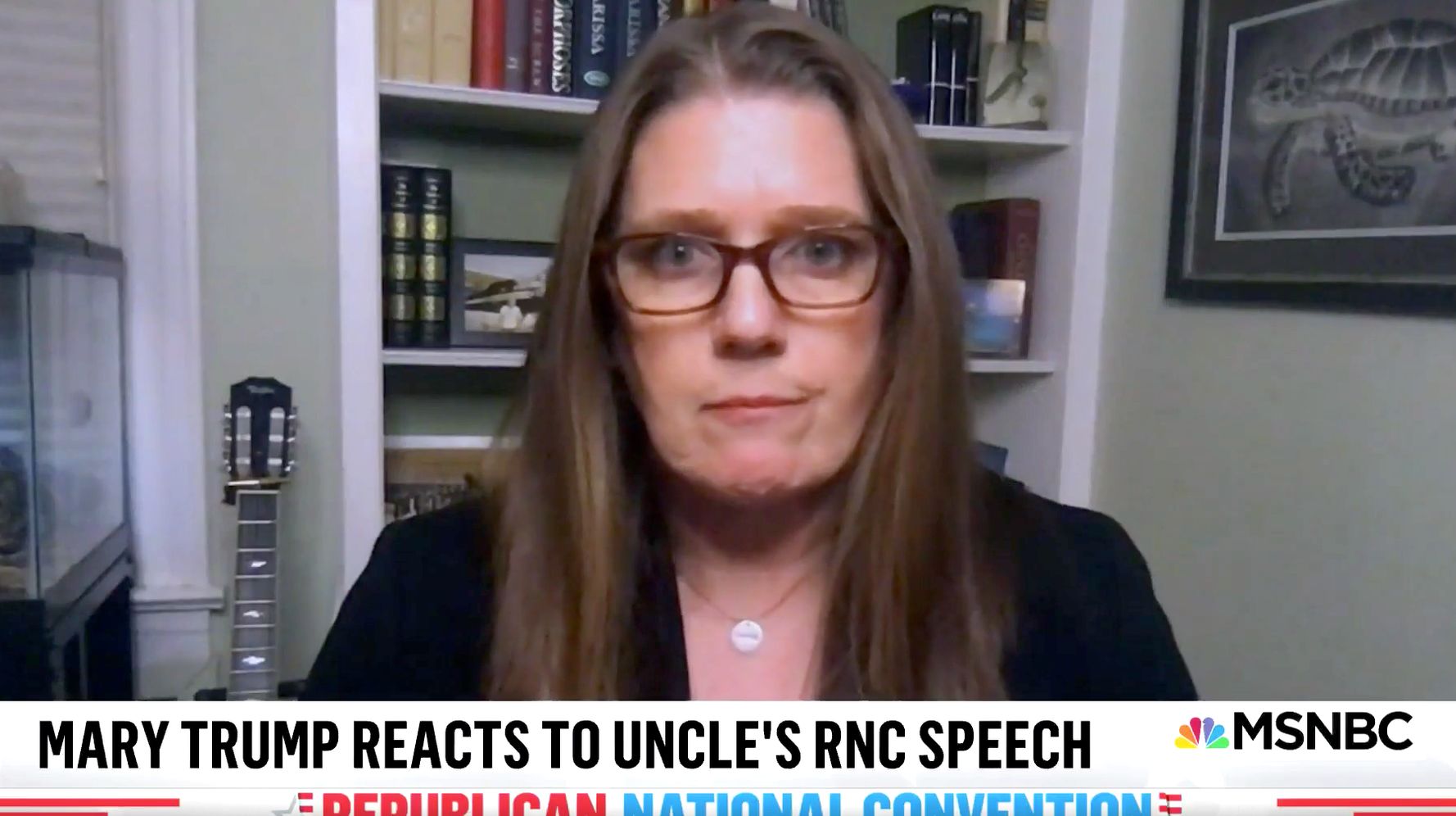 Mary Trump, President Donald Trump’s niece, appeared on MSNBC after the Republican National Convention Thursday to react to her uncle’s closing speech, which she said left her feeling repulsed and heartbroken.

Mary Trump, whose scorched-earth book about her uncle and his troublesome ascent to the presidency remains high on best-seller lists, said she struggled to make sense of the president’s “bizarrely convoluted messaging,” but highlighted his blaming of political opponents for his own failures, negligence on coronavirus, disregard for ethics and his divisive rhetoric.

“It’s as if he thinks Joe Biden is president now and we have to save the country from Joe Biden,” she said. “If the country is a place of division and decadence as he describes it, then I would think that’s down to him, as he’s currently in the Oval Office.”

The president’s rambling address continued for more than an hour to a crowd of over 1,000 people who did not appear to be social distancing or wearing masks. The unprecedented move to hold the political event at the White House also raised serious ethics concerns.

“Donald explicitly co-opted the people’s house for his political party, which is beyond disgraceful,” Mary Trump said.

“If the country is a place of division and decadence as he describes it, then I would think that is down to him, as he is currently in the Oval Office.” pic.twitter.com/M3SFUSeCd5

As a New Yorker who lived through the early stages of the pandemic, she said, she found it hard to focus on the event, given how many people were likely to get sick. The president’s only mentions of the coronavirus that has killed more than 180,000 people under his leadership were in praise of his administration’s botched response.

She also said the address was a kick in the teeth for anyone wanting to make the country better. She noted, in particular, her uncle’s portrayal of peaceful anti-racism demonstrators. He sought to cast them as violent mobs while declaring himself the “law and order” president. An apparent white vigilante who was photographed at a Trump rally in January was charged with shooting three protesters, killing two, but president nevertheless pointed to protesters as the problem.

“It was a kick in the teeth for peaceful protesters who’ve been attacked and provoked by armed militiamen and policemen who act like they’re in battle,” Mary Trump said.

Watch the interview above.