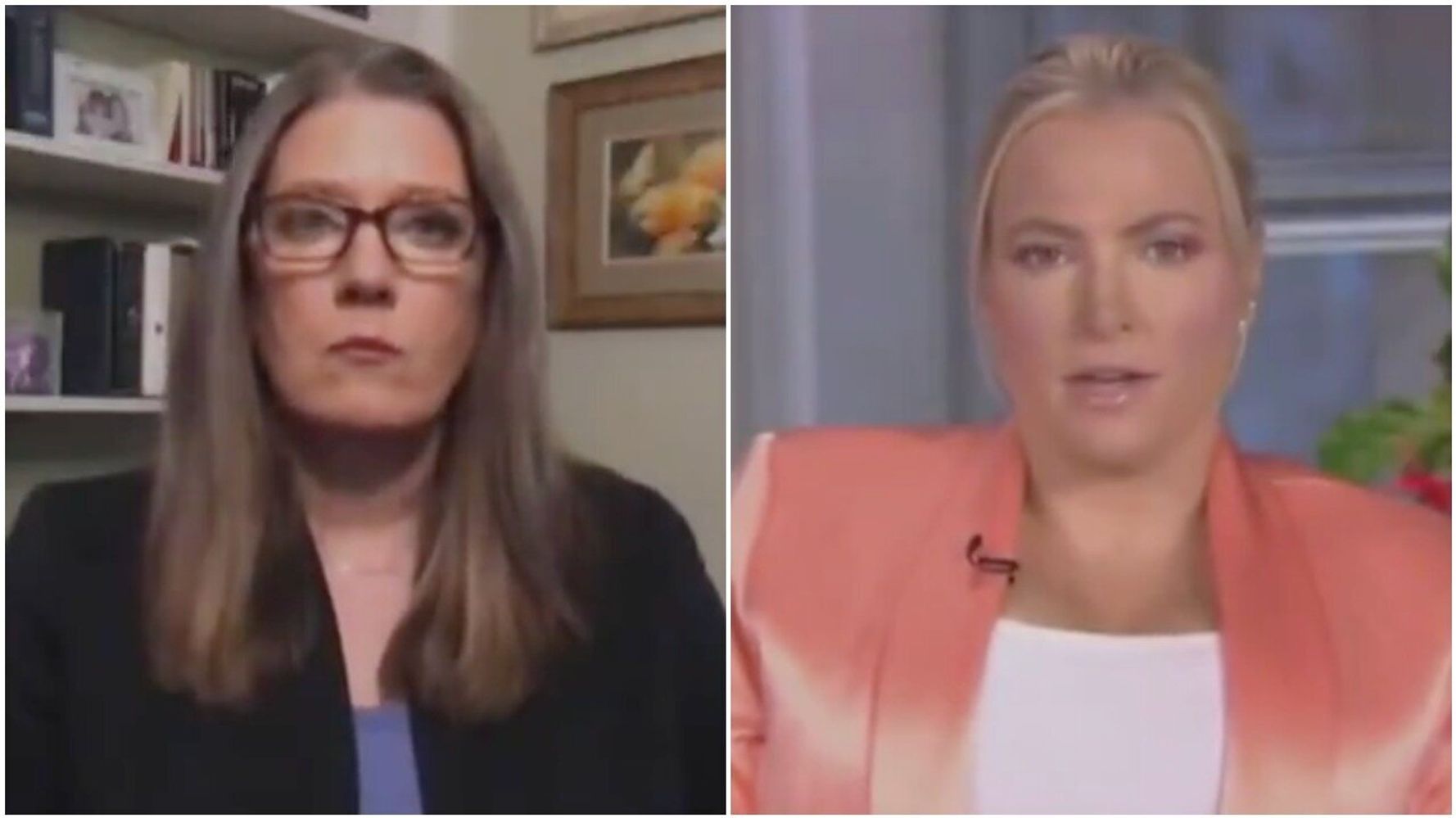 Looks like Meghan McCain has some strong views about Mary Trump’s new tell-all book about her uncle, President Donald Trump.

The president’s niece appeared on “The View” Thursday to promote “Too Much and Never Enough: How My Family Created the World’s Most Dangerous Man” and immediately became came under fire from McCain.

“I think I made it clear to your publishers I don’t like books like this. I don’t like family tell-all books, especially when it comes to families with fame and power,” McCain told Mary Trump. “Because they’re told from the one side, and often the subjects are villainized to the point that I don’t actually end up believing the stuff written.”

McCain then asked Trump to defend herself against the accusation that she only wrote the book for money.

“What do you say to people like me, who think this is just a great way for you to get a paycheck right now?” McCain said.

The author acknowledged that McCain “was entirely entitled” to her opinion, and calmly explained why her book is different.

“I think if you read the book, you see that I bring to the story my very deep experience within the family,” Trump said. “I’m not some stranger writing it. I’m his niece.”

McCain wasn’t impressed, and pointed out that Mary Trump has admitted she’s not close with her younger cousins, Donald Trump Jr., Eric Trump and Ivanka Trump, as proof the book may not be the insider expose she claims.

“I know in my family ― and my family is clearly nothing like the Trumps ― but the people who are close, are close,” McCain said. “I certainly have extended family who I don’t interact with, or certainly only interact with at funerals and things like that. So I don’t think people like that would know the inner workings of my immediate family dynamic in the way that you present it.”

Mary Trump disagreed with McCain’s swipe that she’s “extended family,” and pointed out that the president is the younger brother of her father Fred Trump, Jr.

She also pushed back at McCain’s suggestion the book was all about making money.

“If I had wanted some measure of revenge, if I had wanted to cash in as you say, I would have done this 10 years ago when Donald was still a very public figure and I would not have been taking the risk that I’m taking,” Trump said.

“We’ve all seen how whistleblowers fare in this administration. So I would much have preferred not to do this, but I felt it was extremely important that the American people have all of the information they need in order to make an informed decision.”

You can see the exchange in the videos in these tweets:

Watch Meghan McCain make Mary Trump’s book and Mary’s relationship with the other Trumps all about herself. pic.twitter.com/QnvW41mwnF

Eventually, Mary Trump gets tired of Meghan McCain’s antics after McCain accuses her of going to the White House on the”taxpayer’s dime.”

“First of all, I did not go to the White House on the taxpayer’s dime. That’s a quite absurd thing to say.” pic.twitter.com/d3k8ZmZshl