Meghan McCain Confronts Donald Trump Jr. And Sort Of Gets An Apology 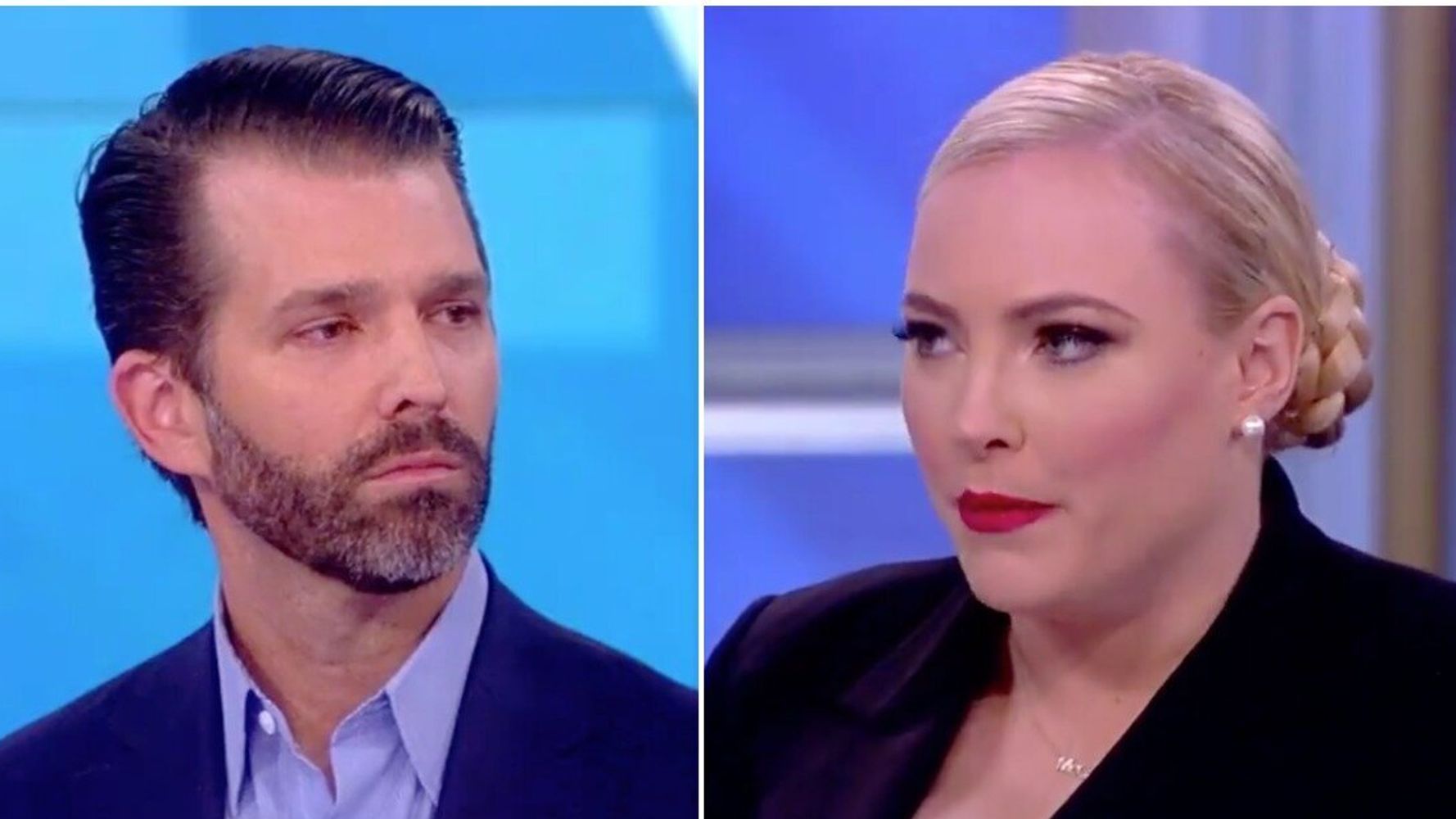 Meghan McCain may have done the impossible on Thursday: Got a member of the Trump family to apologize for their actions.

Donald Trump Jr. appeared on “The View” on Wednesday to promote his new book, “Triggered: How the Left Thrives on Hate and Wants to Silence Us.”

As you might expect, the appearance triggered the kinds of confrontations that are a hallmark of the show.

But the most stirring exchange came when McCain calmly and soberly asked the president’s son if all the attacks against Gold Star families and detractors make him “feel good.”

McCain specifically mentioned the family of Khizr and Ghazala Khan, whose son was killed in the Iraq War and whom Donald Trump famously attacked during the 2016 campaign.

“You and your family have hurt a lot of people and put a lot of people through a lot of pain, including the Khan family, who was a Gold Star family who I think should be respected for the loss of their son,” she said.

She added: “Does all of this make you feel good?”

Trump Jr. responded that, no, it doesn’t.

“I don’t think any of that makes me feel good, but I do think we got into this because we wanted to do what’s right for America,” he said, before pivoting to his talking points. “My father has been working tirelessly to bring back the American dream who have watched politicians with no business experience send that American dream abroad to countries that hate our guts.”

The president’s son then admitted he’s aware of the animosity his father inspires in many Americans.

McCain waited until Trump Jr. was done before continuing.

“Character in politics is important, I believe,” she said. “It was how I was raised. It’s the way I view the lens of America, and I understand what you’re saying about policy, but when you’re talking about attacking Gold Star families, who’ve given the ultimate sacrifice more than any of us in this room have given, and you put them through pain, does it make you feel like it was worth it?”

Trump Jr. then tried to claim that his dad was merely a “counterpuncher,” a man “fighting back for conservatives who’ve ceded ground to the liberal elite for decades.

“I understand,” he said. “We can keep going back to character ― I think he has great character.”

“The View” co-host Sunny Hostin then chimed in that she didn’t think McCain “appreciated your father attacking her father.”

Trump Jr. then did something his father would never do: apologize. Sort of.

“I understand,” he said. “I’m sorry about that and they did have differences. I agree with that.”

He then expressed condolences to McCain for the loss of her father, Sen. John McCain, and for her aunt, who died on Wednesday.

McCain was gracious, but admitted: “For me, this would not have been worth it.”

You can see the complete exchange below:

“You and your family have hurt a lot of people…” @MeghanMcCain says. “Does all of this make you feel good?”

Trump Jr.: “I don’t think any of that makes me feel good, but I do think that we got into this because we wanted to do what’s right for America.” https://t.co/9coDczjMxa pic.twitter.com/hbbHQv24jV

Trump Proposes ‘War’ on Cartels After 9 Americans Killed in Mexico

How A Gang Of Angry Teachers Beat Kentucky’s Donald Trump