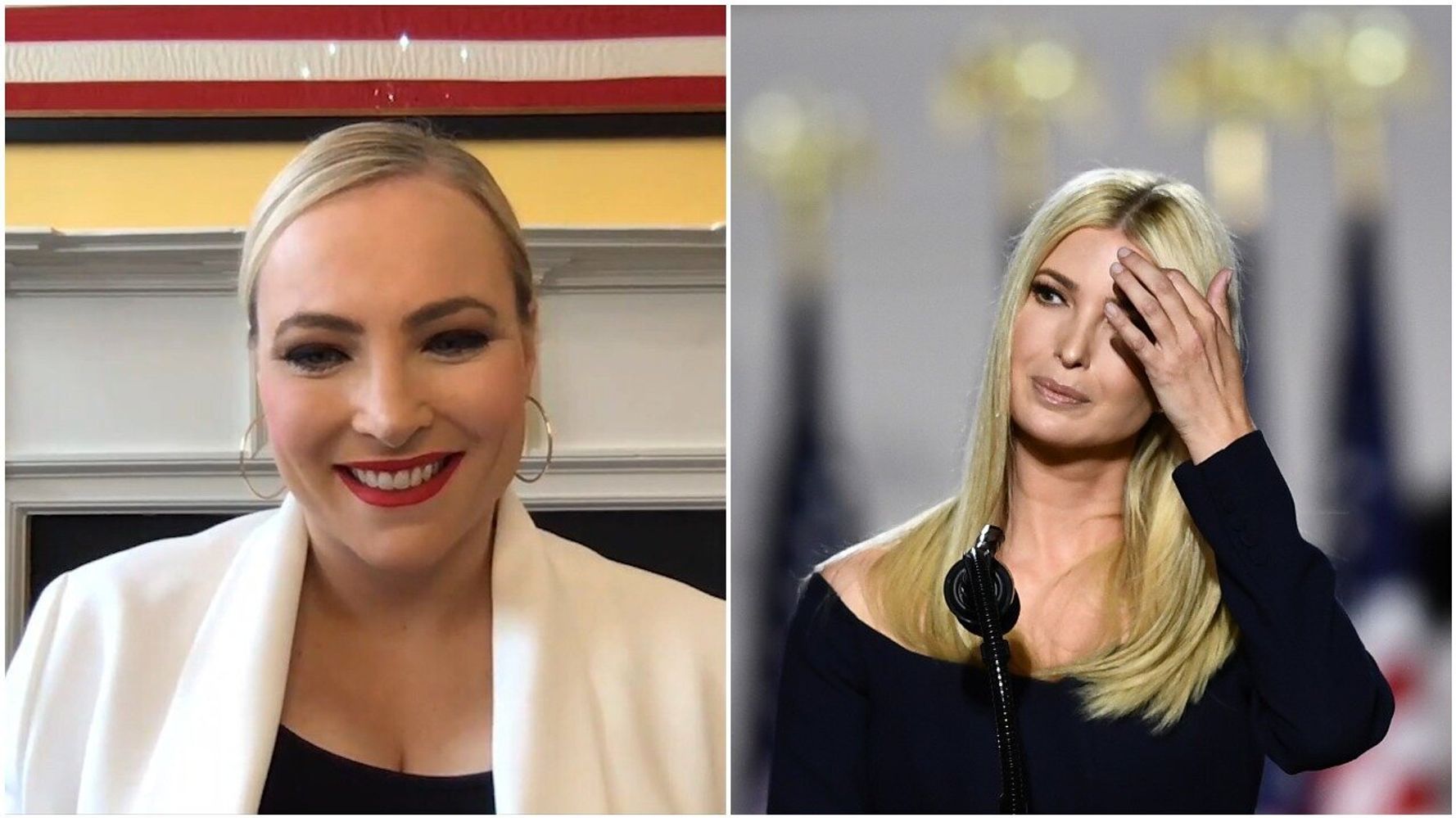 Ivanka Trump attempted to minimize her father’s trademark racism and rudeness as just his “communication style” during her speech at the Republican National Convention.

But Meghan McCain is one voter who remains unconvinced.

During her introduction of President Donald Trump on Thursday, the first daughter and White House adviser admitted that her dad could be a bit much at times.

“I recognize that my dad’s communication style is not to everyone’s taste. And I know his tweets can feel a bit unfiltered. But the results speak for themselves,” she said while ignoring all his racist attacks, patently false claims, repeated misinformation and retweets of conspiracy theorists.

Oh, yes, and attacks on members of the military such as McCain’s dad, the late Arizona senator and Vietnam War veteran John McCain.

Naturally, the “View” co-host had a different take on the president’s “communication style” and let his daughter know in no uncertain terms via Twitter.

It’s not a “communication style”, its cruelty and indecency.

Trump said he didn’t like POW’s who were captured, implied my father was burning in hell after he died and constantly trashed him while he was fighting brain cancer. This is how they have lost all decent people.

Although Meghan McCain hasn’t officially endorsed Joe Biden, her mother, Cindy McCain, vouched for him at the Democratic National Convention with a video showing the long friendship her late husband had with the Democratic presidential nominee.