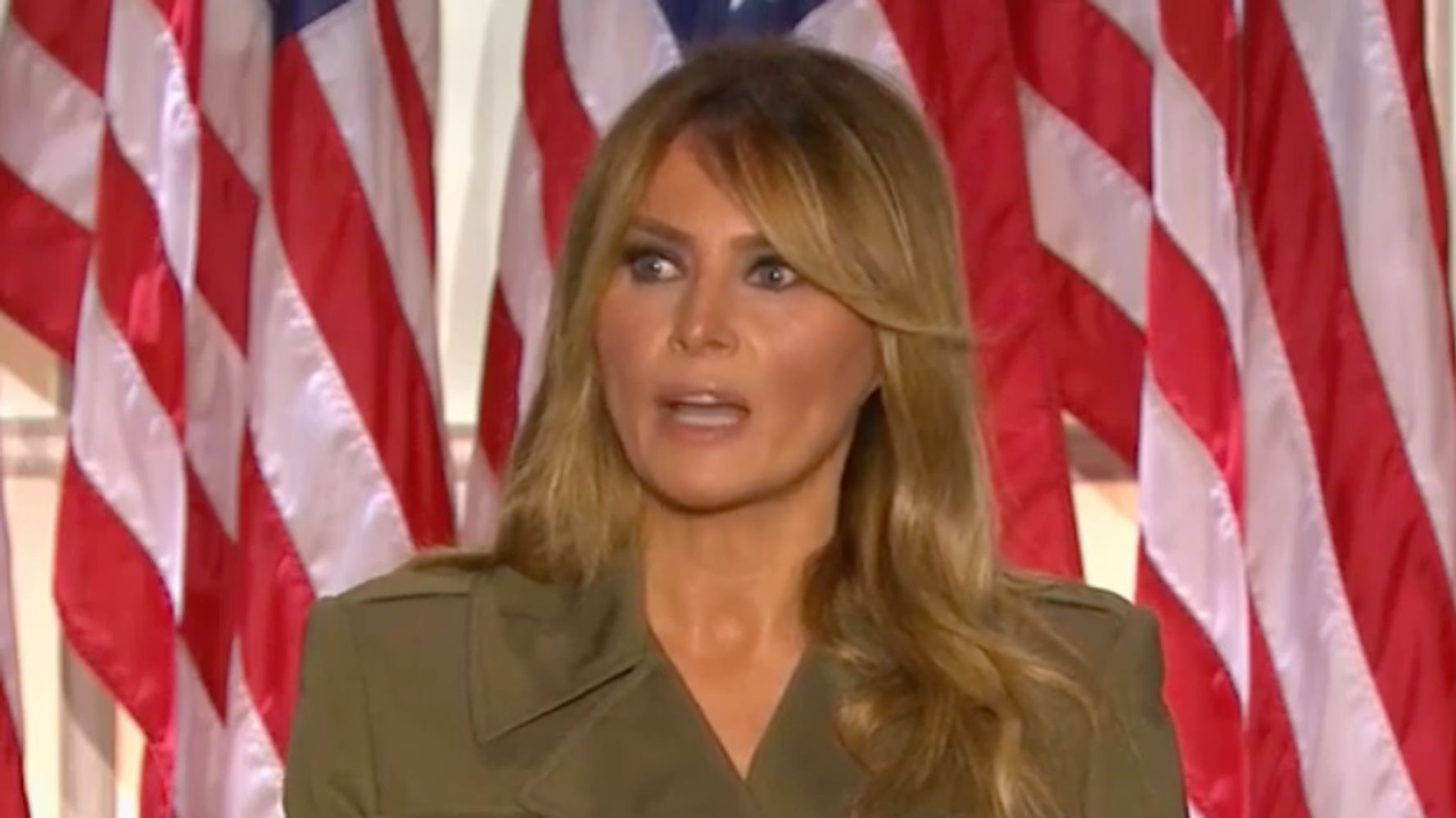 First lady Melania Trump closed out the second night of the 2020 Republican National Convention on Tuesday with a speech calling for civility while also lauding her husband, President Donald Trump ― one of the most high-profile bullies in the world.

Speaking from the newly renovated White House Rose Garden, the first lady said she had reflected on the “racial unrest in our country” and urged people to “come together in a civil manner.”

“Instead of tearing things down, let’s reflect on our mistakes,” Melania Trump said. “Be proud of our evolution and look to our way forward. Every day, let us remember that we are one nation under God, and we need to cherish one another.”

But President Trump struck a decidedly different tone amid nationwide anti-racism protests that followed the police killing of George Floyd in May. He called demonstrators “terrorists” and “thugs.” In June, federal law enforcement agents used tear gas and flash grenades to disperse a crowd outside the White House moments before he staged a photo-op in front of a nearby church.

In her 25-minute speech, the first lady touted her Be Best initiative, which she said focuses on the physical and mental well-being of children across the world. One of the main components of her campaign is tackling cyberbullying ― something her husband does almost daily on Twitter.

“I don’t want to use this precious time attacking the other side,” Melania Trump said Tuesday. “That kind of talk only serves to divide the country further.”

She claimed her husband offers “total honesty.” (He routinely lies.)

“Whether you like it or not, we always know what he is thinking,” the first lady said of President Trump, who has mocked women’s appearances and called some of his critics of color “stupid” and “nasty.”

Dozens of people watched the first lady deliver her address in the Rose Garden. The vast majority of those in attendance ― including President Trump and Vice President Mike Pence and his wife, Karen Pence ― did not appear to wear face coverings despite the coronavirus pandemic.

“My husband’s administration will not stop fighting until there is an effective treatment or vaccine available to everyone,” Melania Trump said in her speech Tuesday. “Donald will not rest until he has done all he can to take care of everyone impacted by this terrible pandemic.”

Trump was slow to publicly acknowledge the threat of the coronavirus earlier this year. He has routinely downplayed the devastating toll the pandemic has taken in the United States. As of Tuesday, there have been more than 5.7 million confirmed cases of COVID-19 nationwide and at least 178,00 deaths, according to data compiled by Johns Hopkins University.

Melania Trump came under fire during the 2016 RNC after she delivered remarks that appeared to be partly cribbed from then-first lady Michelle Obama’s 2008 speech at the Democratic National Convention. Trump’s 2016 campaign denied that she had plagiarized Michelle Obama’s address.

Advisers said Melania Trump’s speech Tuesday had not been vetted by anyone in the West Wing, CNN reported.