Michelle Obama: Donald Trump ‘In Over His Head,’ Is ‘Wrong President For This Country’ 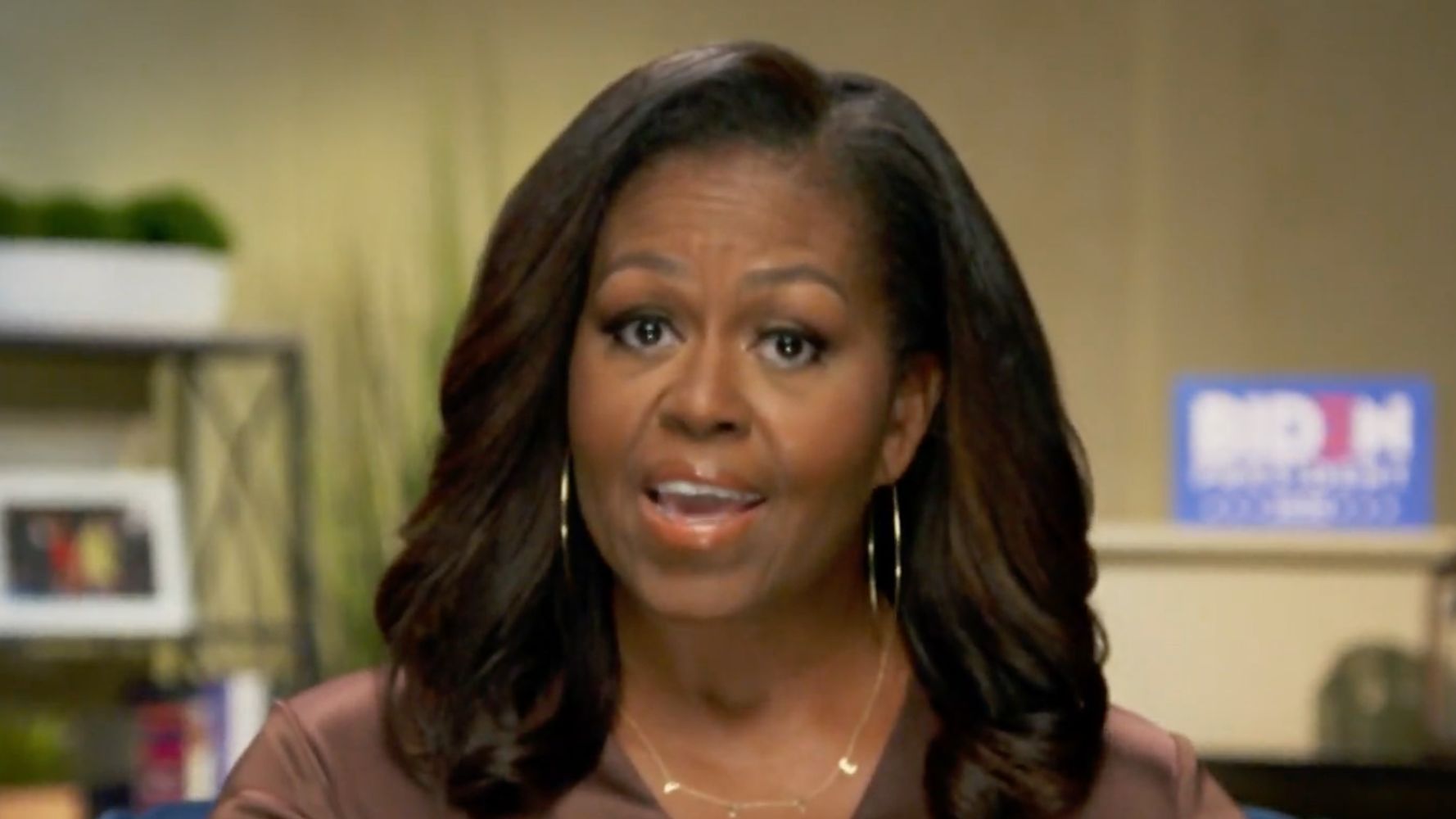 Former first lady Michelle Obama delivered a stirring speech to close out the first night of the 2020 Democratic National Convention on Monday.

In her nearly 19-minute remarks, Obama condemned President Donald Trump’s divisiveness, ineptitude and “utter lack of empathy.” She urged Americans to show up to the polls in November to vote for Joe Biden.

“Donald Trump is the wrong president for our country,” Obama said in a video address recorded ahead of the convention. “He has had more than enough time to prove that he can do the job, but he is clearly in over his head. He cannot meet this moment. He simply cannot be who we need him to be for us. It is what it is.”

She added: “So if you take one thing from my words tonight, it is this: If you think things cannot possibly get worse, trust me, they can; and they will if we don’t make a change in this election. If we have any hope of ending this chaos, we have got to vote for Joe Biden like our lives depend on it.”

If we want to end the chaos and division—and keep alive the possibility of progress on the issues we hold dear—we’ve got to vote for @JoeBiden and @KamalaHarris like our lives depend on it. Register today by texting VOTE to 30330. https://t.co/xPu5o0SYLJ

Referencing her iconic 2016 DNC speech, Obama once again called on Americans to keep “going high” while others “go low.”

“But let’s be clear: Going high does not mean putting on a smile and saying nice things when confronted by viciousness and cruelty,” she said. “Going high means standing fierce against hatred while remembering that we are one nation under God, and if we want to survive, we’ve got to find a way to live together and work together across our differences.”

Americans must do everything in their power to make sure they vote in November, she said.

“Look, we have already sacrificed so much this year,” Obama said. “This is who we still are: compassionate, resilient, decent people whose fortunes are bound up with one another. And it is well past time for our leaders to once again reflect our truth.”

The former first lady and Sen. Bernie Sanders (I-Vt.), who had previously been one of Biden’s main challengers in the 2020 Democratic race, were the headline speakers on the opening night on the four-day convention.

The gathering was initially scheduled to kick off on July 13, but was delayed because of the coronavirus pandemic. The convention is based at the Wisconsin Center in Milwaukee, though much of the programming will not take place in person.

Most of the major speeches ― including from Biden, his running mate, Sen. Kamala Harris of California, and former President Barack Obama ― are expected to be delivered live from various locations across the country.

DNC organizers have assigned themes to each convention day. Monday’s theme was “We the People” to reinforce the idea that Americans who stand united “can overcome anything,” according to a party press release.

Biden is slated to formally accept the party’s nomination on Thursday and deliver the convention’s concluding speech.