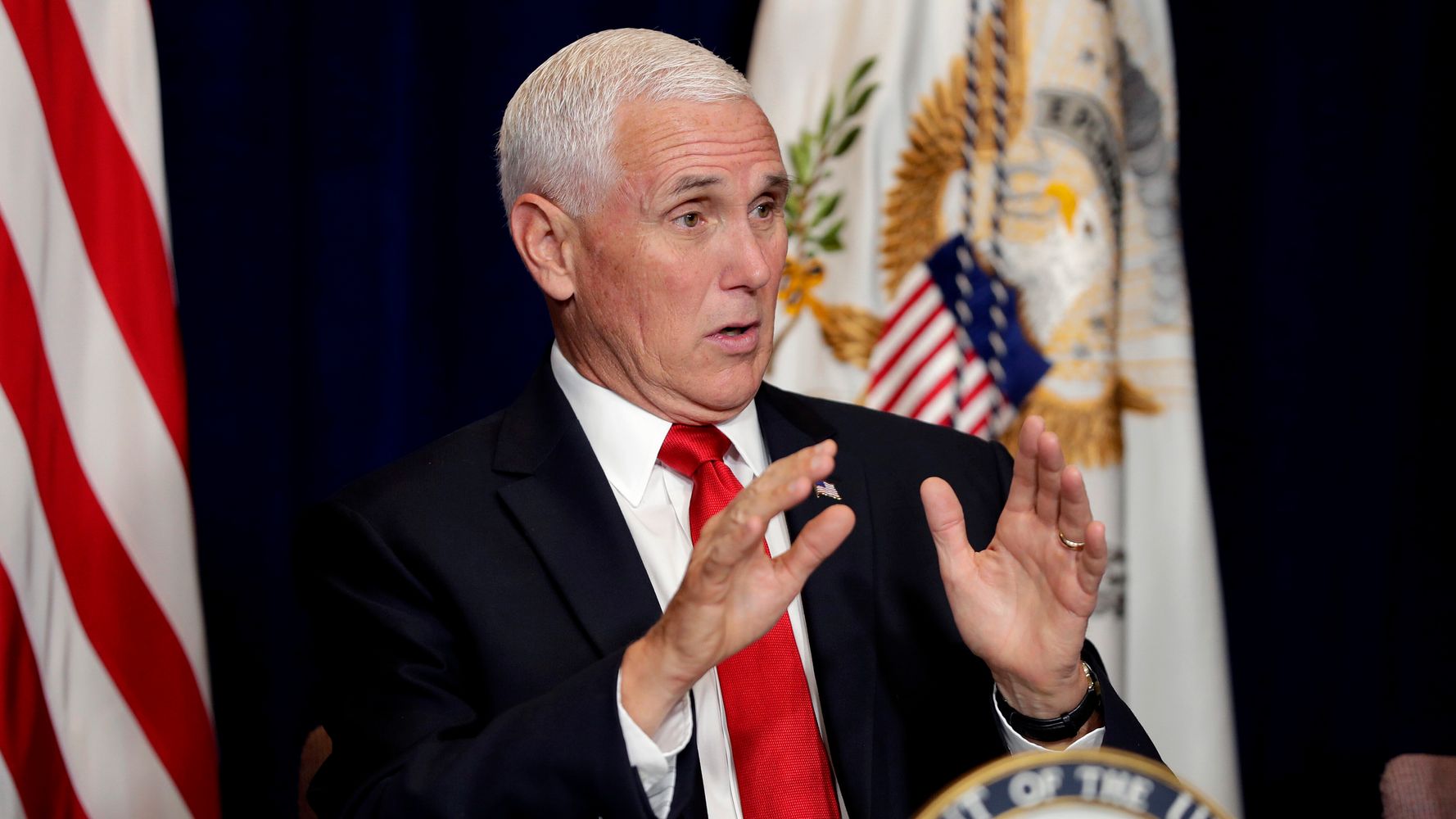 Vice President Mike Pence gave his full-throated support to Donald Trump on Thursday after the president openly encouraged foreign leaders to dig up dirt on his potential 2020 opponent Joe Biden.

Asked whether he thought it was “appropriate” that Trump suggested both China and Ukraine should investigate the former vice president and his son Hunter Biden, Pence told reporters that he and Trump were elected to “drain the swamp.”

“I think the American people have a right to know if the vice president of the United States or his family profited from his position as vice president during the last administration,” he told reporters at the roundtable event with Latino business leaders in Scottsdale, Arizona.

Trump is now facing an impeachment inquiry stemming from a whistleblower complaint from within the intelligence community alleging that Trump repeatedly pressured Ukrainian President Volodymyr Zelensky to investigate the Biden family while also withholding hundreds of millions of dollars in military aid for the war-torn country. The complaint also claims that White House officials attempted to cover up the misconduct.

After the White House released a summary the July 25 phone call at the center of the complaint and congressional investigators released a redacted version of the complaint, Trump began openly calling on foreign leaders to investigate the Biden family over Hunter Biden’s business dealings while his father was vice president.

“China should start an investigation into the Bidens, because what happened in China is just about as bad as what happened with Ukraine,” Trump told reporters at the White House earlier Thursday.

“I would say that President Zelensky, if it were me, I would recommend that they start an investigation into the Bidens,” Trump also said.

House Speaker Nancy Pelosi (D-Calif.) launched a formal impeachment probe into the growing scandal after the whistleblower complaint pointed to clear evidence of Trump soliciting foreign interference in the election.

Pence has been drawn into the scandal after The Washington Post reported Wednesday that the vice president’s top aide was on the phone call in which Trump pushed Zelensky to look into the Bidens. According to the Post, Pence would have had a copy of the transcript of the call before he met with Zelensky in September.

However, an official who spoke to the paper said Pence wasn’t aware of Trump’s efforts to encourage an investigation.

Speaking at the roundtable on Thursday, Pence said Trump had tasked him with meeting with Zelensky to discuss a “lack of European support” and “corruption.”

He continued to defend Trump’s call with Zelensky, insisting that “the president was raising issues that were appropriate and of genuine interest to the American people.”

“They’ve literally spent two and a half years pushing an impeachment of this administration.” @VP slams Democrats for harassing @realDonaldTrump
over his call with Ukraine.

“Anyone that looks at the transcript will see the president was raising issues that were appropriate.” pic.twitter.com/PAVGDMRsWk

Trump’s calls for a Biden investigation stem from Hunter Biden’s position as a board member of a Ukrainian gas company. The president has been pushing the debunked theory that then-Vice President Joe Biden called for the removal of a corrupt Ukrainian prosecutor to impede an investigation into the company.

At the time, a bipartisan group of lawmakers had also pushed for anti-corruption efforts in Ukraine, as CNN reported. Ukrainian authorities later cleared Hunter Biden of any wrongdoing.