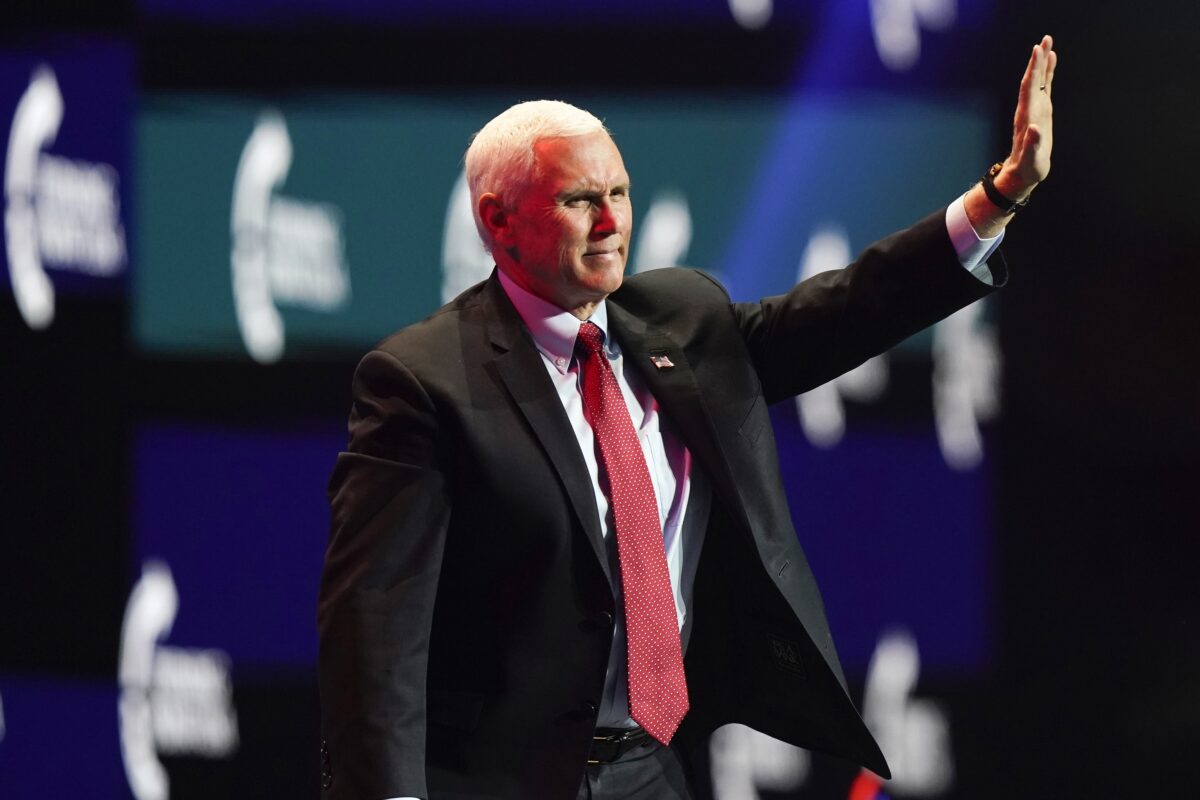 Former Vice President Mike Pence will join the Heritage Foundation, where he will advise on public policy issues and help propel the conservative movement forward, the think tank said in a statement.

“I am profoundly honored to join them as a distinguished visiting fellow to advance conservative policies that will benefit every American,” Pence said on Twitter.

Heritage stated that Pence will advise its experts on public policy issues, deliver a series of speeches, and help the think tank “lead the conservative movement into the future.”

Pence will also contribute a monthly column for The Daily Signal, the organization’s multimedia news outlet.

“I look forward to rolling up my sleeves and working with the all-star team at Heritage as we continue to take the case for a strong national defense, free markets and traditional values to policymakers across the Nation and to every American who cherishes our Heritage of Freedom,” Pence said in a statement.

“His allegiance to the Constitution and commitment to advancing a conservative policy agenda make him an outstanding fit” for the organization, James said.

“A man of faith, principle, and character, Vice President Pence is a heroic protector and defender the Constitution and the values that unite us as a nation,” she added.

The Trump administration’s accomplishments under that banner include the appointment of three conservative justices to the U.S. Supreme Court and over 200 judges to federal benches nationwide, cutting taxes and slashing regulations, and tightening immigration enforcement.

Pence is the most recent Trump administration official to join the conservative think tank, with three former Homeland Security officials recently announcing they would assume positions at the Heritage Foundation, where their focus will include countering threats posed by the Chinese Communist Party (CCP).

Chad Wolf, the former acting secretary of the Department of Homeland Security, Ken Cuccinelli, the department’s former deputy secretary, and Mark Morgan, the former acting commissioner of Customs and Border Protection, will join the Heritage Foundation as fellows at the Davis Institute for National Security and Foreign Policy, starting Feb. 1.

Each will do work at the think tank that reflects their respective areas of responsibility when they served under Trump, and all three will in some way be involved in countering the threat posed by the CCP.

Separately, Pence on Wednesday announced the opening of a new post-White House “transition” office in the Washington area, where the office will manage the correspondence, scheduling requests, public statements, and official activities for him and his wife, Karen Pence—the former second lady.