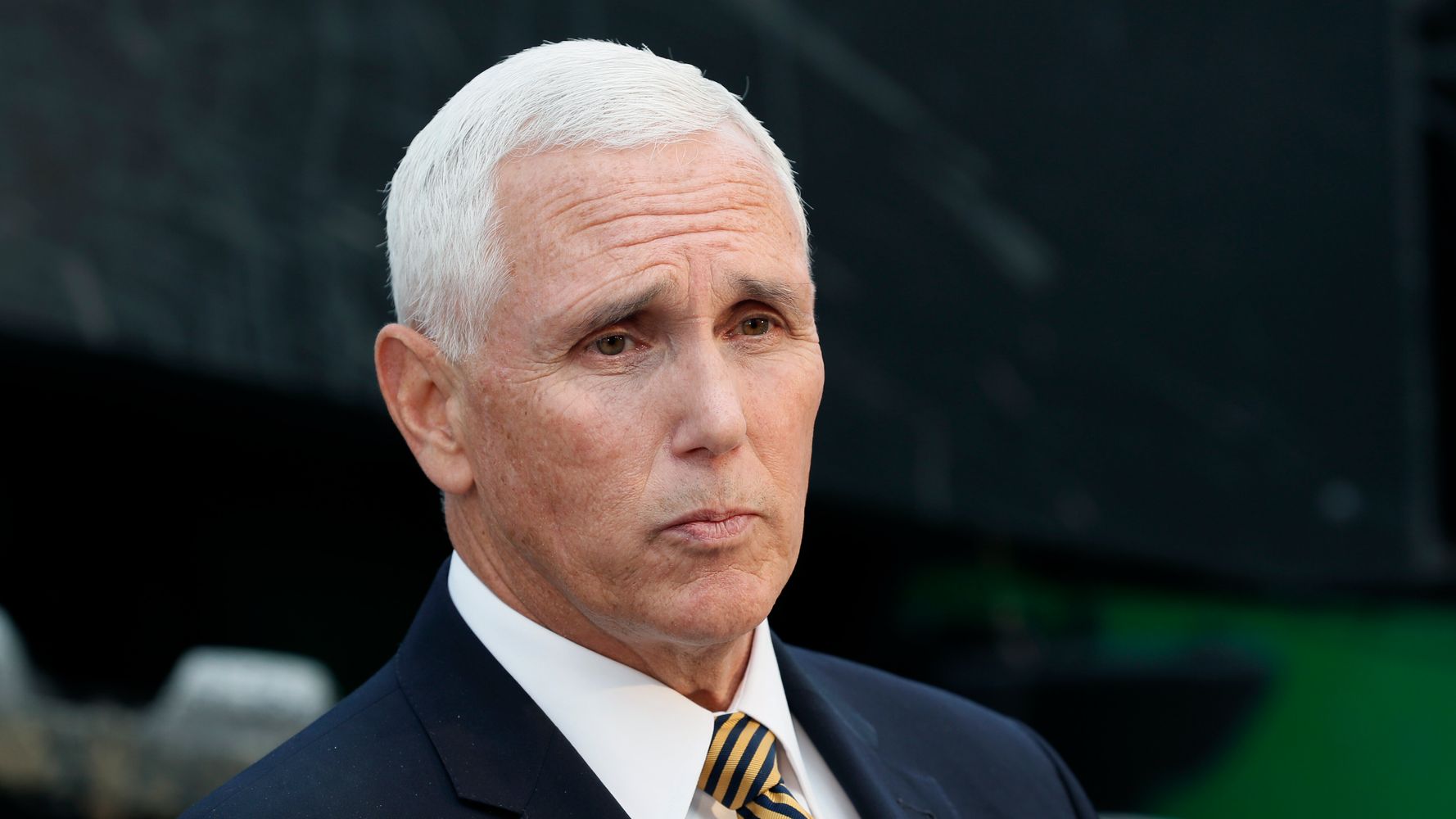 The question was straightforward: Did you know that President Donald Trump held up U.S. military aid to Ukraine in order to pressure the foreign government to investigate Trump’s potential 2020 rival, former Vice President Joe Biden?

But Vice President Mike Pence stammered and dodged the question four times at a Wednesday press event in Waukee, Iowa.

THE VICE PRESIDENT: I ― what ― I never discussed the issue of ― the issue of the Bidens with President Zelensky and ―

THE VICE PRESIDENT: What I can tell you is that all of our discussions internally ― I mean the President and our team and our contacts, in my office, with Ukraine ― were entirely focused on the broader issues of the lack of European support and corruption.

Q: But you were aware of the interest in the Bidens being investigated ―

THE VICE PRESIDENT:  I was ―

Q: ― and that being tied to aid to Ukraine being held up?

THE VICE PRESIDENT: What I ― well, that’s your question. Let me very clear: The issue of aid and our efforts, with regard to Ukraine, were, from my experience, in no way connected to the very legitimate concern the American people had about corruption that took place, about things that happened in the 2016 election in Ukraine or about ―

Q: But were you aware of others in the administration having those conversations?

And ― but all of our discussions, all of my discussions with the leadership in Ukraine was entirely focused on President Trump’s priority of supporting (inaudible) …

It is illegal for anyone, including the president of the United States, to solicit anything of value from a foreign national that relates to a U.S. election. Federal Elections Chair Ellen Weintraub recently reiterated this point on Twitter.

“Let me make something 100% clear to the American public and anyone running for public office,” Weintraub said in a statement. “It is illegal for any person to solicit, accept or receive anything of value from a foreign national in connection with a US election.”

Watch the video above to see Pence dodge the question about what he knew.