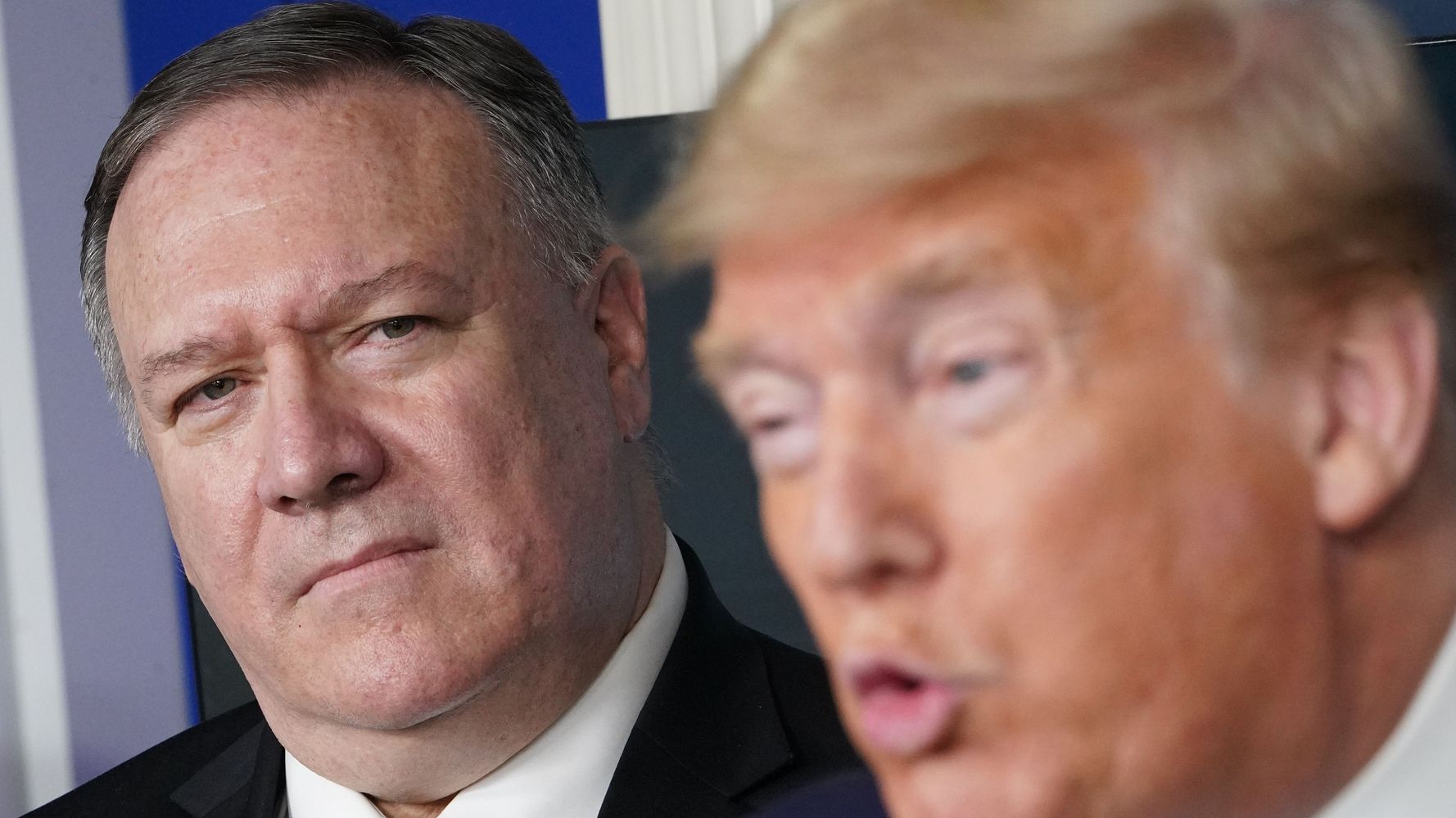 Secretary of State Mike Pompeo on Tuesday seemed to finally acknowledge that President Donald Trump’s presidency has come to an end. His apparent admission came roughly two months after President-elect Joe Biden declared victory and more than three weeks after all 50 states certified their results.

During an interview with Bloomberg, Pompeo reflected on his tenure at the State Department and said he regretted that the U.S. didn’t make more progress on issues related to China and North Korea.

“So as we talk in the first week in January, do you think the world is safer today than it was a year ago or two years or three years ago, or maybe it’s not quite as safe as it was?” Bloomberg’s David Rubenstein asked at one point.

“No, I think we are leaving ― after four years, I think we’re leaving the world safer than when we came in,” Pompeo responded, his first apparent public acknowledgement that the Trump administration is almost over.

Pompeo said he hopes “whoever the next secretary of state is” ― Biden has said he will nominate Antony Blinken for the position ― will recognize the threat created by China and continue to “push back” against Iran.

While the president is trying to change the results of the election, @SecPompeo seems to be openly admitting reality. Asked about his legacy, starts by saying “we are leaving— after four years…” pic.twitter.com/A2yAZfpiYd

As the Jan. 20 Inauguration Day inches closer, Trump still has not conceded the race to Biden and continues to peddle false claims about the election, including that it was “rigged” against him and that there was widespread voter fraud. The Justice Department and election officials nationwide have rejected those allegations.

Like Trump, Pompeo hasn’t publicly referred to Biden as president-elect. On Nov. 10, three days after Biden delivered his victory speech, the secretary of state told reporters that there would be “a smooth transition to a second Trump administration.”

Pompeo’s comments Tuesday were the strongest apparent acknowledgment that the next four years won’t be governed by a Trump administration.

The State Department did not immediately respond to HuffPost’s request for comment.

Meanwhile, at least 12 Republican senators and more than 100 GOP House members have stated they will object to the election certification process during a joint congressional session scheduled for Wednesday.

Though both the House and Senate are expected to vote down the objections, Democrats, some Republicans and election experts have said the drive to overturn Biden’s win alone is disastrous for democracy.