Mike Pompeo Confirms He Was On Trump’s Ukraine Call 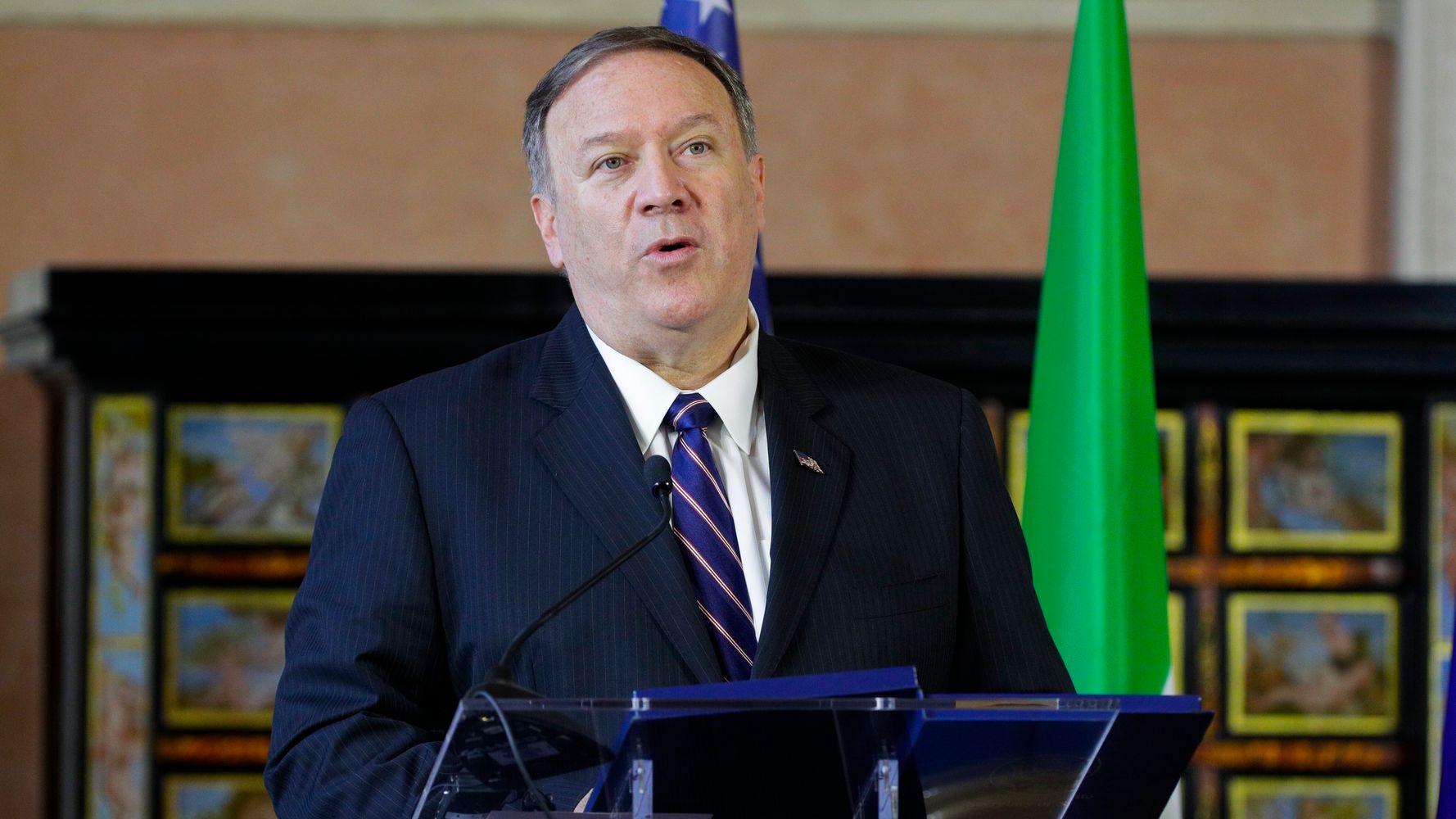 Secretary of State Mike Pompeo on Wednesday confirmed he was on the July 25 phone call between President Donald Trump and Ukrainian leader Volodymyr Zelensky in which Trump appeared to seek foreign help in the 2020 election.

“I was on the phone call,” Pompeo told reporters at a press conference in Italy.

He would not say whether he heard “anything inappropriate” on the call, claiming it was “in the context of … the American policy with respect to Ukraine.”

“I was on the phone call.”
Secretary of State Mike Pompeo confirms that he was present for President Trump’s phone call with the Ukrainian president.https://t.co/QRFB4IwXZM pic.twitter.com/YTk9zQTGFB

On Monday, The Wall Street Journal reported Pompeo was on the call, central to the House impeachment proceedings against Trump. According to the White House summary of the call, Trump asked Zelensky and the country’s government to dig up dirt on 2020 presidential candidate Joe Biden, whose son has had business dealings in the country.

Pompeo was previously evasive about his involvement. He told ABC News host Martha Raddatz on Sept. 22 that he knew no specifics when asked about the whistleblower complaint revealing Trump’s behavior on the call.

“You just gave me a report about a IC whistleblower complaint, none of which I’ve seen,” the secretary said. “I think I saw a statement from the Ukrainian foreign minister yesterday [that] said there was no pressure applied in the course of the conversation.”

According to the summary of the call, Trump asked Zelensky to “do us a favor,” before asking for an investigation that would help smear Biden. At the time, Trump had suspended U.S. military aid to Ukraine.

Congressional Democrats are investigating the call as part of the impeachment inquiry. Pompeo and other Trump administration officials have repeatedly denied requests for information in several ongoing investigations into the president.

On Tuesday, Pompeo claimed Democrats were trying to “bully” and “intimidate” State Department officials into providing information about the call.

“We want to make it abundantly clear that any effort by the secretary, by the president, or anyone else to interfere with the Congress’ ability to call before it relevant witnesses, will be considered as evidence of obstruction of the lawful functions of Congress,” Schiff said. “If they are going to prevent witnesses from going forward to testify on the allegations in the whistleblower complaint, that will create an adverse inference that those allegations are, in fact, correct.”

This article has been updated to include Schiff’s comments.