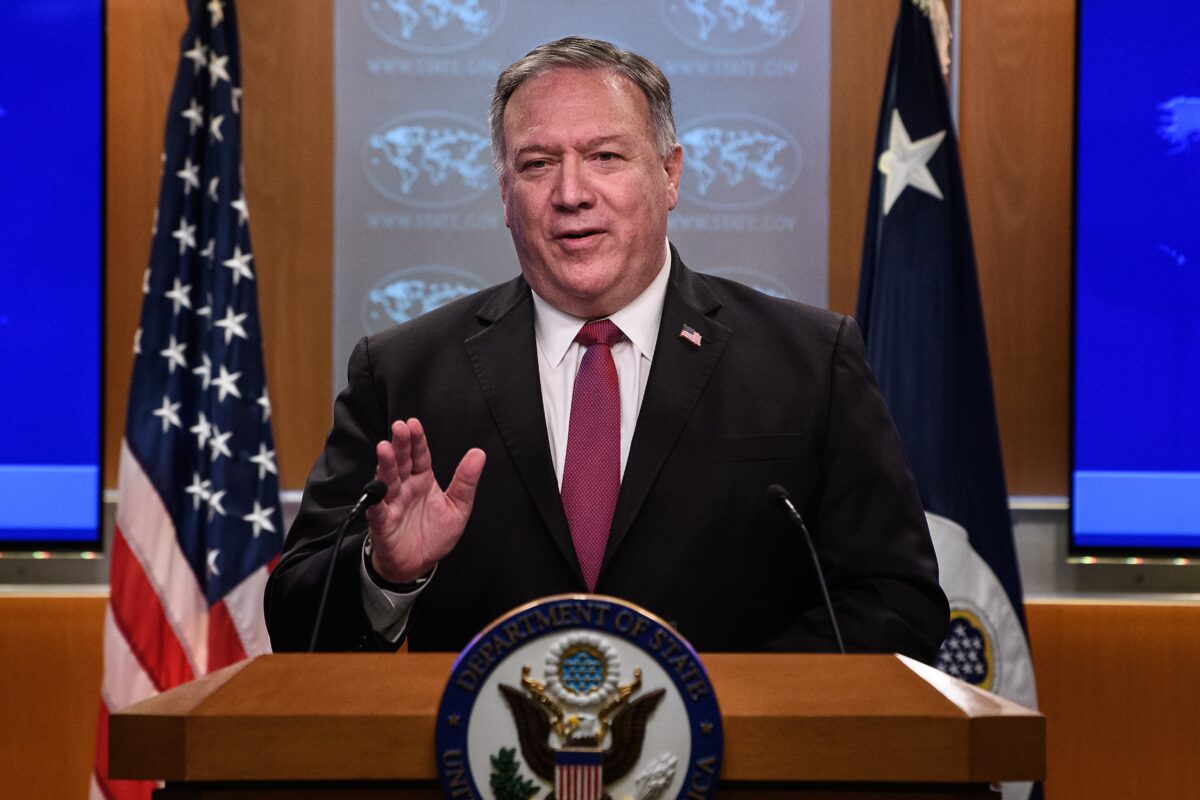 Former Secretary of State Mike Pompeo has joined Hudson Institute, a conservative think tank in Washington, in a move that some see as a preparing for a potential 2024 presidential run.

“I am pleased to be joining Hudson Institute and look forward to contributing to its mission of promoting American leadership and global engagement,” Pompeo said.

The institute, which is reputed among the conservative community, said in a statement that Pompeo will come on as a distinguished fellow.

“From his leadership in promoting peace between Israel and its Arab neighbors to confronting strategic threats to the United States, Secretary Pompeo has been among the most consequential secretaries of State,” said John Walters, president and CEO of Hudson Institute. “It is an honor to have this outstanding public servant join Hudson Institute.”

Aligning himself with the institute could give Pompeo the opportunity to engage in policy discussions and be close to donors of the Republican Party, according to Axios, which first reported the matter.

Pompeo, who is now a private citizen, recently raised speculations about his White House ambition when he appeared to be counting down until the next presidential election.

He wrote “1,384 days,” on Twitter Jan. 21, the day after President Joe Biden’s inauguration. It is the number of days until Election Day 2024, when the the first term of Biden’s presidency is about to end.

Biden’s pick for secretary of state, Anthony Blinken, was confirmed Tuesday in a 78-22 Senate vote. Blinken previously served as deputy secretary of state and deputy national security adviser during the Obama administration.

During his confirmation hearing, Blinken vowed to end U.S. military support for the Saudi-led campaign in Yemen, and seek a reentry into the Obama-era Iran nuclear deal, which former President Donald Trump withdrew from in 2018.

“I applaud the work that was done to push forward on normalization with Israel. It makes Israel and the region safer,” he said. “It’s a good thing, and yes, I would hope that we can build on that as well.”

Blinken also said he agreed with the Trump administration’s tough stance on China over human rights and the communist regime’s bullying behavior in the South China Sea.

“I also believe President Trump was right in taking a tougher approach to China. I disagree very much with the way he went about it in a number of ways, but the basic principle was the right one and I think that’s very helpful to our foreign policy,” he said.