Mike Pompeo Pats Himself On Back, Tweets Made-Up Definition Of ‘Swagger’ 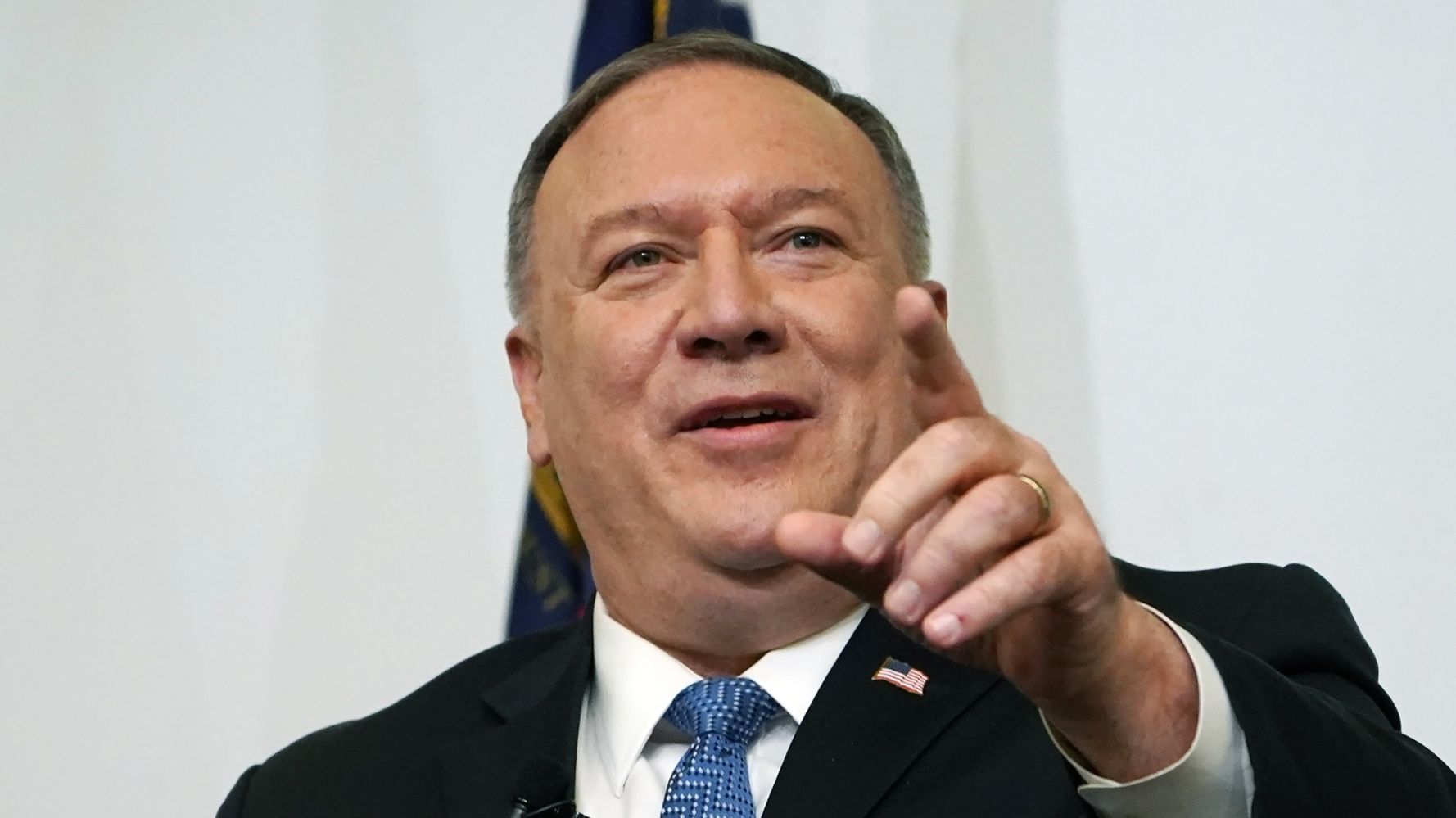 Secretary of State Mike Pompeo rang in the new year by vigorously patting himself on the back in a tweet storm that defined the word “swagger” as “to represent America with pride, humility and professionalism.”

The tweets — which began Friday and continued Saturday afternoon — were what Pompeo described as the “full story about our foreign policy.” They included anecdotes in which Pompeo praised both himself and the work of President Donald Trump’s State Department in returning hostages from countries such as North Korea and pulling U.S. troops out of Afghanistan.

Notably, the tweets were punctuated by a variety of creative hashtags, including #LeadingFromTheFront, #EndEndlessWars and #FireAndFury.

One of hashtags that Pompeo deployed the most was #swagger, which he posted multiple times with the same message: “Big challenges. Great team. Securing Americans’ freedom.”

Pompeo has used the word “swagger” in odd ways in the past and launched his Instagram account in 2018 with an image of the State Department emblem that read “Department of Swagger.”

Critics slammed the braggadocio in Pompeo’s recent tweets, with many pointing out that the word “swagger” actually means “to bully.”

It’s unfortunate, I know, but language meaning and cultural norms are agreed upon by all…that’s what makes societies great. You can’t just make up your own definitions because it serves you. See: #Swagger pic.twitter.com/dFzfmWXisY

I think Pompeo is coining a new term here…”swagger” as in “one who abuses his office to take as much swag as possible.”

Ex.: “Look at all those swaggers in Trump’s Cabinet.”#Swagger https://t.co/cdLAuWdFb5

Mike, I looked it up in the dictionary, since I’m sure you wouldn’t want to mislead folks.

Swagger (def.) 1: To conduct oneself in an arrogant or superciliously pompous manner especially: to walk with an air of overbearing self-confidence. 2: Boast, brag. #Swagger https://t.co/SPMgUkDgIV

verb
walk or behave in a very confident and typically arrogant or aggressive way.”he swaggered along the corridor” #swagger https://t.co/kCGM06hpzc

Wasn’t it Mother Teresa who tweeted that nothing exudes confidence more than a Diplomat who hashtags multiple desperate inane tweets with #swagger pic.twitter.com/pnypxQK9sl

Swagger (def.): To be the worst representative of America in history while grifting, making America less safe, more isolated and less respected and smugly grinning and lying the whole time. We’ve done it. #Swagger

Others suggested that Pompeo was using Twitter to send messaging in advance of a possible 2024 presidential run.

The secretary of state has yet to recognize the legitimacy of President-elect Joe Biden. He said in November that there would be a “second Trump administration.”

Today Pompeo sent a series of 30 bizarre tweets of the so-called accomplishments – a man who will go down as not only the worst Secretary of State in US history, but also among the most corrupt.

You don’t get to rewrite your legacy @SecPompeo. You enabled a dictator.

If it’s “just you, Mike,” trying to lay the groundwork for your 2024 presidential bid, maybe you shouldn’t be doing so on the “Secretary Pompeo” US government account? https://t.co/DJSkeSwMgO

We see the measure of a man in seemingly small episodes. He’s a corrupt, blundering fool