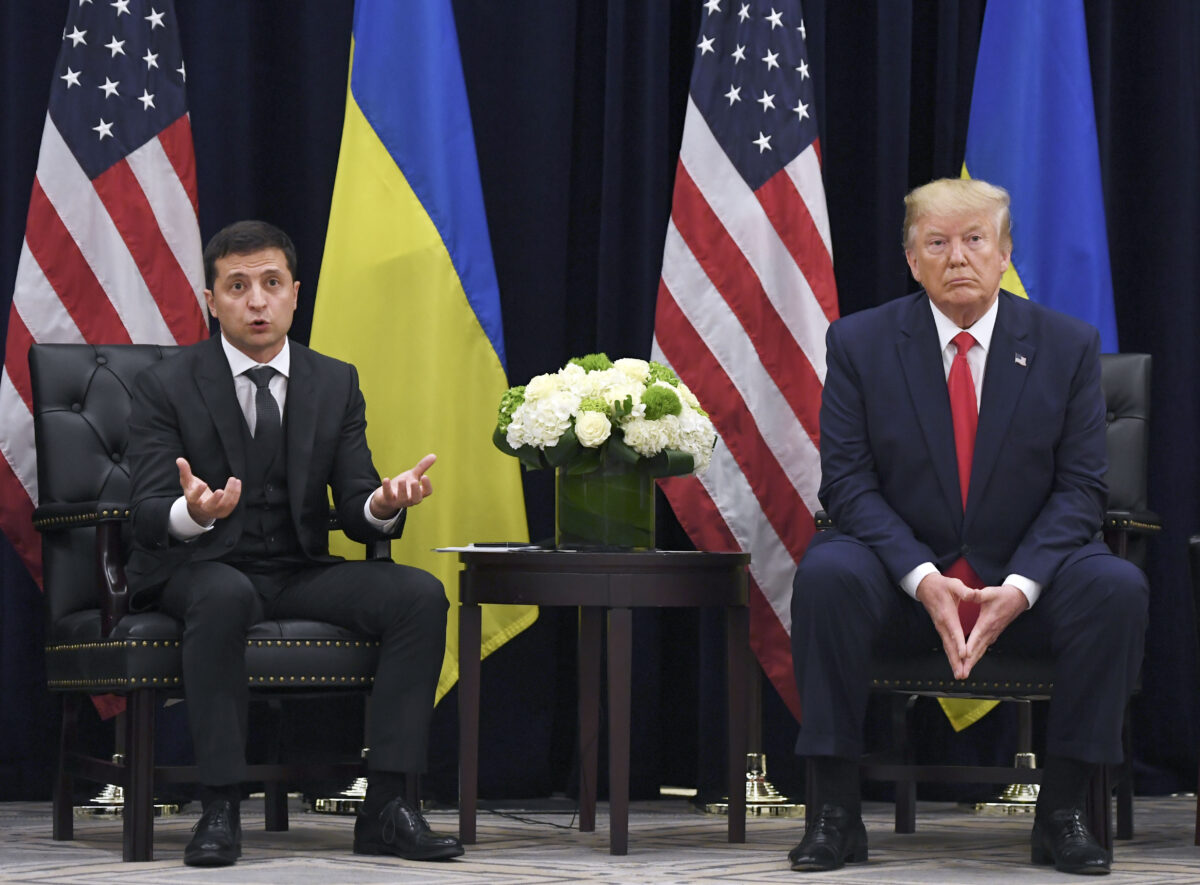 The United States military aid to Ukraine was sent as scheduled, according to a spokesperson for the White House Office of Management and Budget (OMB), putting in context a key claim by an anonymous intelligence community whistleblower whose complaint has triggered a Democrat-led impeachment inquiry.

The whistleblower claimed that the president had suspended all security assistance to Ukraine. Instead, the aid underwent a routine review process after a so-called footnote was placed on the funds to Ukraine and was disbursed on or ahead of schedule, a senior administration official told The Epoch Times on Oct. 2. The aid underwent the review around the time White House officials were considering a broad range of foreign aid cuts.

The information from the OMB sheds light on a key claim by the whistleblower, who alleged that President Donald Trump ordered the administration to “suspend all U.S. security assistance to Ukraine.” Instead of the abrupt suspension, the aid package underwent a typical process, the administration spokesman explained. The budget office was simultaneously considering a rescissions package which could impact nine other countries, the spokesman added.

“This was not like an outlier thing as far as making sure this money goes in the right place. It was a typical process. It’s been done several times. It’s not anything abnormal as far as the way it went,” an official familiar with the process said.

Instead of being delayed or held back, the money was sent out once the policy process was completed, the official added. The funds, which were set to expire on Sept. 30, went out in early to mid-September, according to the Department of Defense.

“That freeze, by the way, didn’t cause any headaches for the military in Ukraine,” Secretary of Defense Mark Esper told reporters on Sept. 30.

“I’m pleased to say we were obligated to have that money out the door by the end of the fiscal year,” Esper added. “At this point, most of the money is out the door. And at no time or at any time has any delay in this money, this funding, affected U.S. national security.”

Congress approved $250 million in funds for Ukraine, known as the Ukraine Security Assistance Initiative. The fund was created in 2015 in response to Russia’s annexation of Crimea.

Trump tasked Esper and then-National Security Adviser John Bolton to review the Ukraine aid to make sure the money is not wasted and that allies are paying their fair share.

“The president has the full authority to do what he feels is right with the money regarding the process,” the administration official said.

According to the transcript of the call between Trump and Ukrainian President Volodymyr Zelensky, Trump complained about European allies not contributing enough to support Ukraine. Trump specifically called out German Chancellor Angela Merkel for not contributing funds.

“Very simple! I was looking for Corruption and also why Germany, France and others in the European Union don’t do more for Ukraine,” Trump wrote on Twitter on Sept. 30. “Why is it always the USA that does so much and puts up so much money for Ukraine and other countries?”

The Obama administration for years declined Ukraine’s requests for military aid. The Trump administration approved a $47 million sale of Javelin anti-tank missiles in March 2018, the first instance of U.S. military assistance to Ukraine since its conflict with Russia began in 2014.

The July call between Trump and Zelensky is at the core of the whistleblower complaint (pdf), which was filed in August and released to the public on Sept. 26. The whistleblower claimed that Trump leveraged his office for political gain by pressuring Zelensky to investigate former vice president Joe Biden and his son, Hunter Biden.

The whistleblower suggested that Trump’s request may have amounted to a violation of campaign finance laws. The Justice Department reviewed the complaint for evidence of criminality and determined no further action was necessary. Democrats have nonetheless taken up impeachment proceedings, claiming, in part, that Trump pressured a foreign leader to investigate an election opponent.

During the call with Zelensky, the transcript of which was released by the White House, Trump inquired about a former Ukrainian prosecutor. Joe Biden, in videotaped comments, had bragged in 2016 about forcing the removal of top Ukrainian prosecutor Viktor Shokin by withholding $1 billion in loans while he was vice president. At the time of his removal, Shokin was investigating Burisma, the gas company where Hunter Biden served on the board of directors.

In a sworn affidavit (pdf) obtained by investigative reporter John Solomon for The Hill, Shokin told a European court that he was removed due to pressure from Biden because Shokin refused to drop the Burisma investigation.