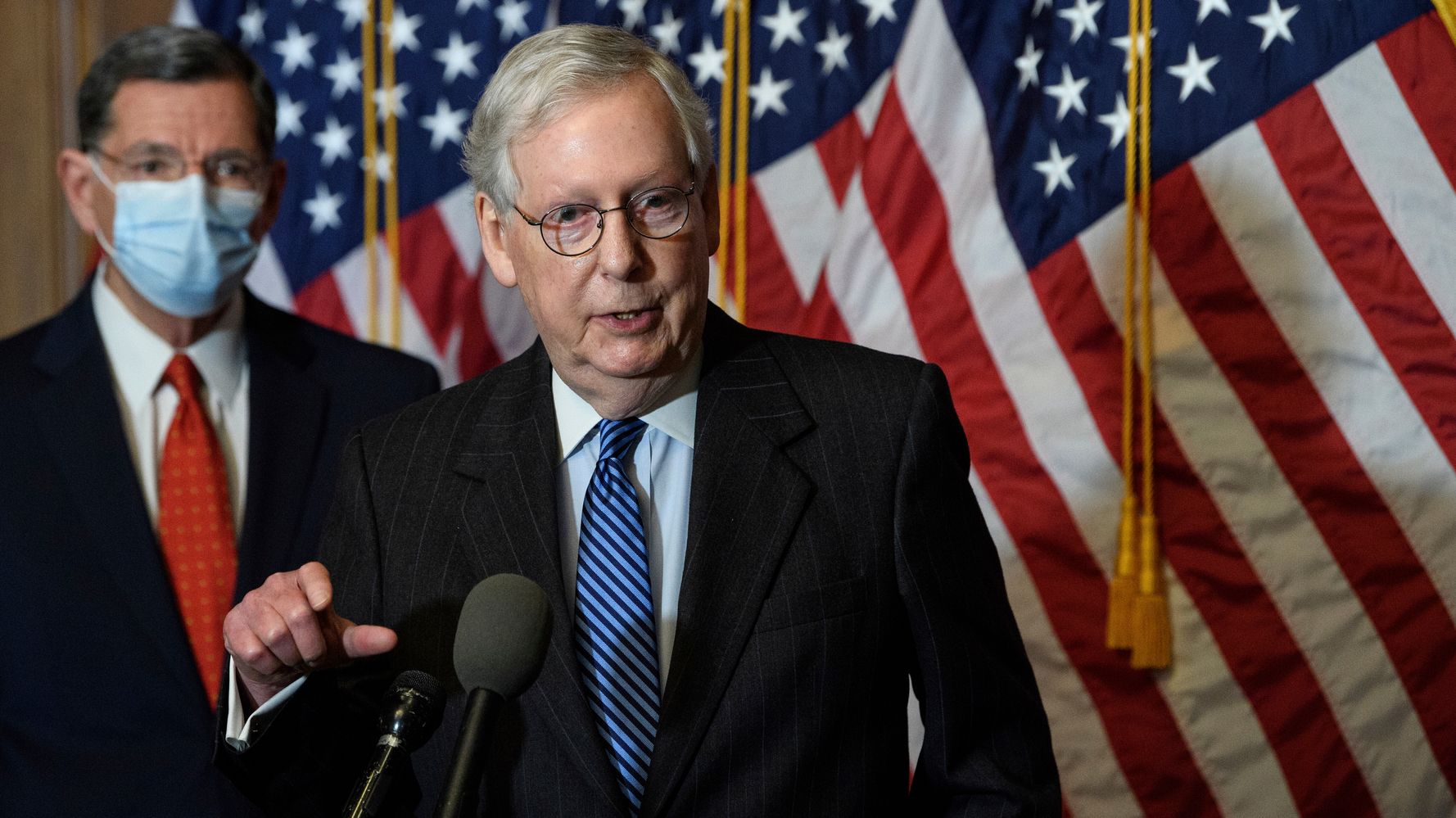 Senate Majority Leader Mitch McConnell (R-Ky.) on Tuesday punted on a House-passed bill to increase coronavirus relief payments to $2,000 despite mounting bipartisan support for the checks, including from President Donald Trump.

McConnell acknowledged that Trump, as he signed the most recent COVID-19 relief package on Sunday, also asked for action on three areas of his concern, including the stimulus payments. The other issues on Trump’s wish list are intensified election security and lesser liability protections for social media companies.

The Democratic-controlled House on Monday passed a bill to more than triple the relief payments from the $600 in the bill that Trump signed to $2,000, with dozens of Republicans voting in favor. The Senate’s Democratic leadership is pressing McConnell to bring the measure calling for $2,000 payments to a vote in the upper chamber, but the majority leader has so far refused to commit to that.

McConnell on Tuesday offered a vague preview of his legislative plan as the current congressional session draws to a close shortly into the new year. “This week, the Senate will begin a process” to bring the three issues raised by Trump “into focus,” he said from the Senate floor.

The heftier checks “could mean the difference between American families having groceries for a few extra weeks or going hungry,” Schumer said in a floor speech. He then asked, “Will Senate Republicans fight for a vote on the House-passed [bill] or will they look some other way?”

Sen. Minority Leader Chuck Schumer: “Will Senate Republicans stand against the House of Representatives, the Democratic majority in the Senate, and the president of their own party, to prevent these $2,000 checks from going out the door?” pic.twitter.com/Dj7CAWb2WQ

After a monthslong impasse, Congress last week finally passed a $900 billion COVID-19 relief package. But Trump, whose administration helped negotiate the bill, stunned Republicans when he urged lawmakers to increase the $600 payments outlined in the legislation. For a few days he left the impression he might veto the bill, before ultimately signing it while noting his objections.

Some Democrats, along with Sen. Bernie Sanders (I-Vt.), have been pushing for $2,000 stimulus checks for months. They are now offering their full-throated support for Trump’s call for the higher payments.

At least five Senate Republicans ― including Marco Rubio of Florida and Lindsey Graham of South Carolina ― have said they would vote in favor of the heftier checks. GOP Sens. Kelly Loeffler and David Perdue of Georgia announced their support for the payments on Tuesday, a week ahead of the pivotal runoff races in their state that will determine which party controls the Senate in the next congressional session.

McConnell signaled Tuesday that the $2,000 payments could be negotiated as part of a deal tackling the two other issues Trump wants addressed. It’s unclear, however, when such negotiations would take place.

Sanders on Monday said he would filibuster a Senate vote to override Trump’s veto of the National Defense Authorization Act, scheduled for Wednesday, to pressure McConnell to bring the $2,000 payments bill to a vote. On Tuesday, Sanders called for McConnell to hold a vote on the $2,000 checks bill immediately after Wednesday’s scheduled NDAA veto override vote, but the Republican leader rejected the request.

“Working families need help now ― not next year ― but right now,” Sanders said in Senate floor remarks. “Now it is time for the Senate to step up to the plate and do what the working families of this country overwhelmingly want us to do.”

He continued: “Hunger in America is at the highest level that it has been for decades, with moms and dads struggling to feed their kids and working families lining up mile after mile to get emergency food packages. … All of this taking place in the wealthiest country in the history of the world.”

There it is. McConnell blocks motion to vote on Democrats’ $2,000 relief checks bill. pic.twitter.com/iYceWbNxiU

In a series of tweets Tuesday, Trump attacked Republican leadership for dragging their feet on the increased stimulus checks bill.

“Unless Republicans have a death wish, and it is also the right thing to do, they must approve the $2000 payments ASAP. $600 IS NOT ENOUGH!” Trump wrote. He then accused “Big Tech” of “stealing” the country and falsely claimed that Democrats stole the presidential election.