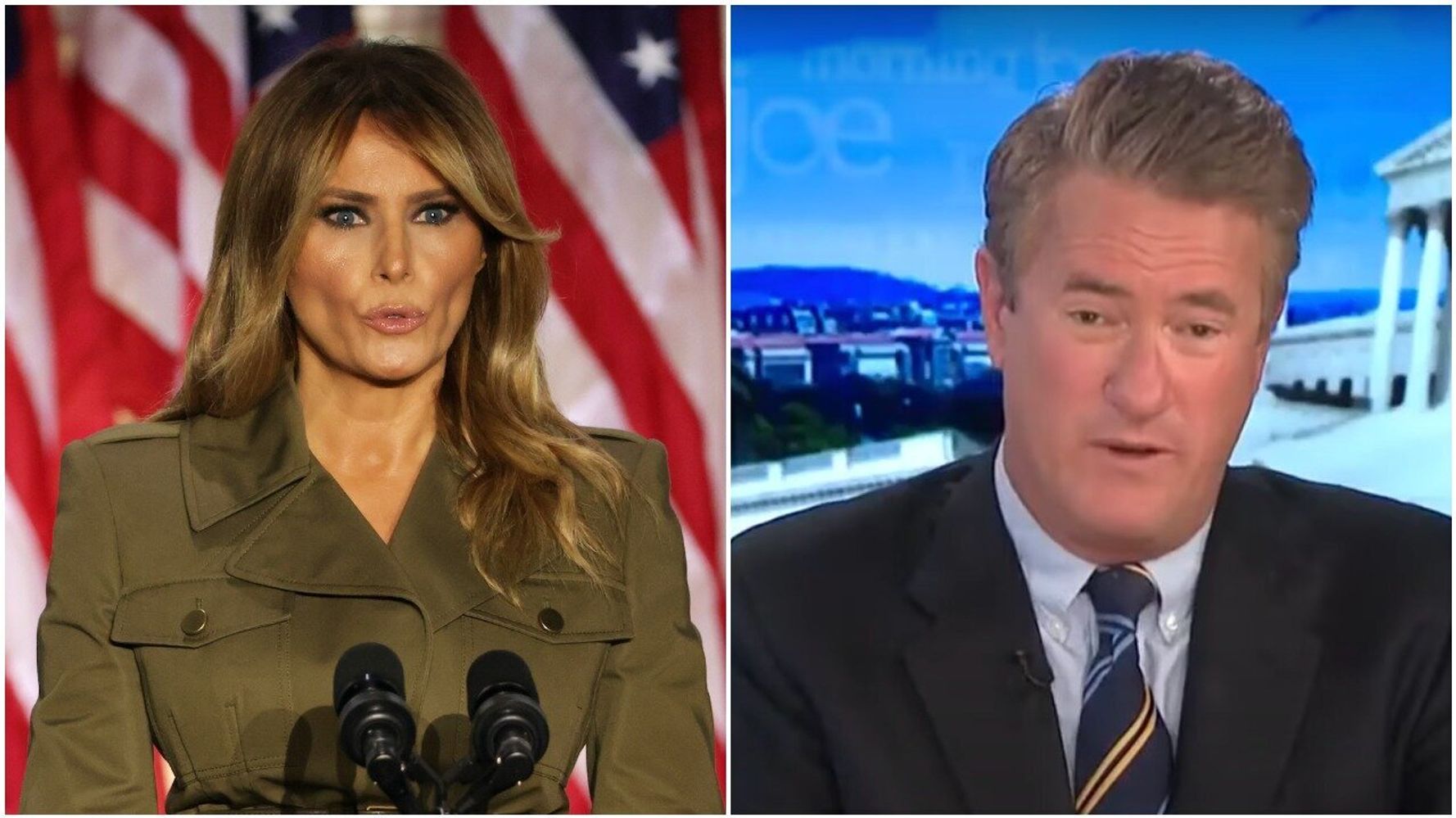 During Tuesday night’s speech, the first lady called for civility while also praising her husband, President Donald Trump — a man who could easily be called “civility challenged” by most casual observers.

“Instead of tearing things down, let’s reflect on our mistakes,” she said. “Be proud of our evolution and look to our way forward. Every day, let us remember that we are one nation under God, and we need to cherish one another.”

Scarborough called the RNC an “alternative reality,” with the first lady’s speech just one example.

“You had Larry Kudlow talking about the coronavirus in the past tense, you also had Melania actually criticizing people who were mean on social media and gossipers,” Scarborough said.

He then got personal about some of the president’s attacks:

“Of course, [we] never heard her criticize her own husband when he said that [wife and co-host] Mika [Brzezinski] was bleeding badly from a facelift or when I was a murderer or when a woman who had passed away tragically 19 years ago, her husband was begging Donald Trump to stop being so hateful and causing their family extraordinary pain, begging him to stop and he just continued, over and over again, causing pain for that family.”

By contrast, Scarborough continued, “Somebody used her child’s name in a pun, and oh my God, locusts were descending from the heavens. It was the end of the world.” He was referring to the time Stanford law professor Pamela S. Karlan felt obliged to apologize for saying “the president can name his son Barron, he cannot make him a baron,” while testifying to Congress.

Scarborough continued to pile on.

“So I guess she’s fine with Donald Trump savaging other people every day, causing immeasurable pain, being the most extraordinarily hateful, malevolent force in American politics on a personal level in his constant daily attacks, but she’s going to stand up and lecture? About gossip? She’s inside the house, going to lecture about gossip? And she’s going to lecture about the meanness of social media? I mean, seriously.”

He added: “Talk about being shameless, absolutely shameless.”

You can watch Scarborough take on the first lady below.