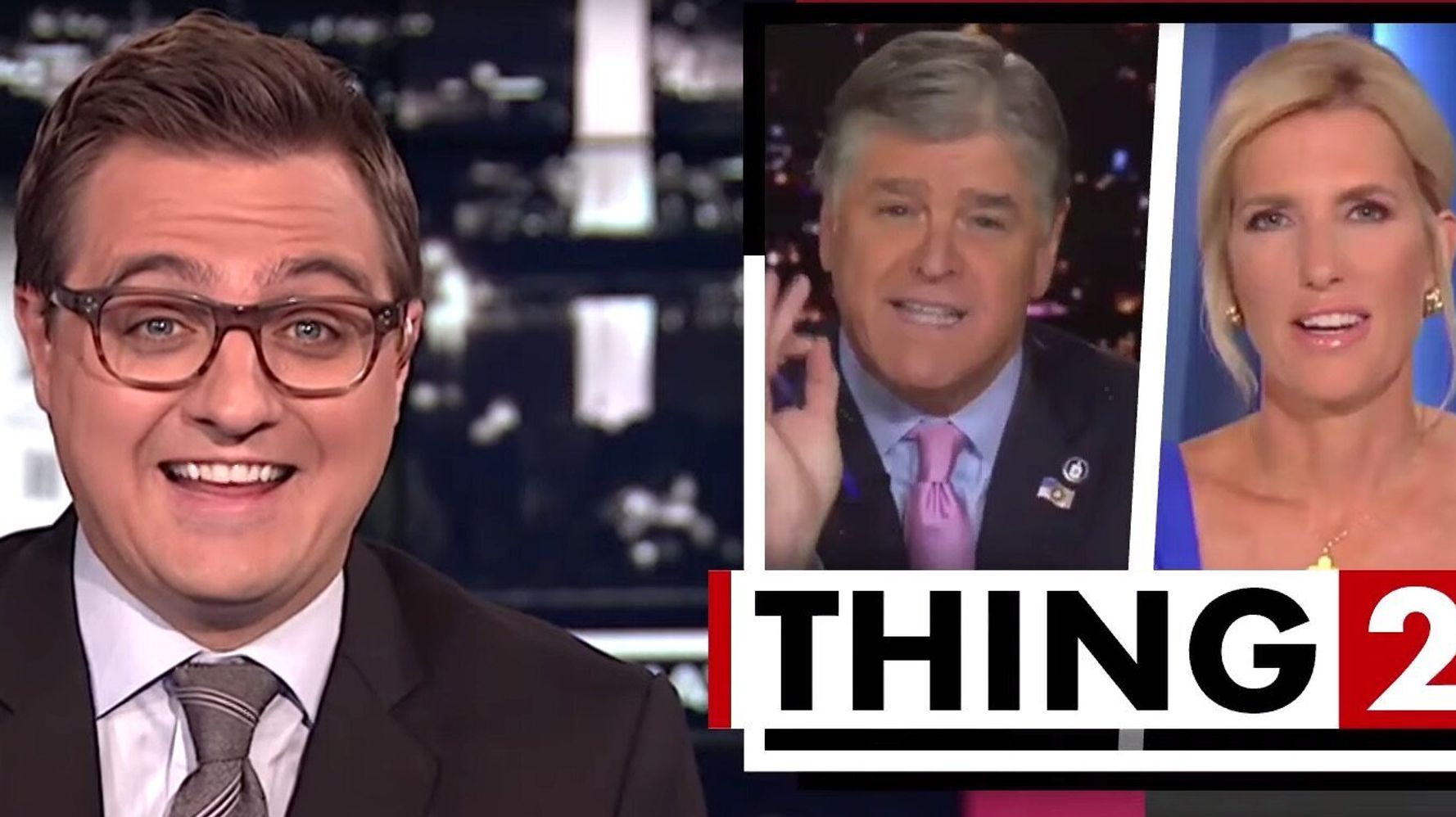 MSNBC’s Chris Hayes took a few shots at the competition on Wednesday night, mocking the passive-aggressive banter between Fox News hosts Sean Hannity and Laura Ingraham as the two fawned over President Donald Trump earlier in the week.

“Sometimes it feels like there’s a competition over at Trump TV to see who can be the most shameless toady for the man in the White House watching on TV,” Hayes said.

Now I’m a little worried that that competition may be straining the relationships between the good friends hosting the shows over there. See, last night there was a bit of of an incident ― and you can tell they’re stll good TV friends because they keep smiling as they say awful stuff to each other.

Hannity complained to Ingraham on Tuesday night that her show had cut away from a Trump speech before it was over. He compared the president’s rallies to “a great work of Bach or Mozart” and said Ingraham cut off the “crescendo.”

Ingraham shot back that she “loves the president’s speeches” and told Hannity: “You handle your hour, I’ll handle my hour.”

Both, as Hayes noted, smiled throughout the exchange.

Hayes returned to the Fox feud later in his show, when he did his own handoff with fellow MSNBC host Rachel Maddow.

“You nailed the thing that was scariest about it, which was the distance between the facial expressions and the conversation,” Maddow noted. “I mean, that was like: hide under a table, this is a scary family fight.”