Murkowski Wants to Hear Impeachment Case Before Deciding on Witnesses 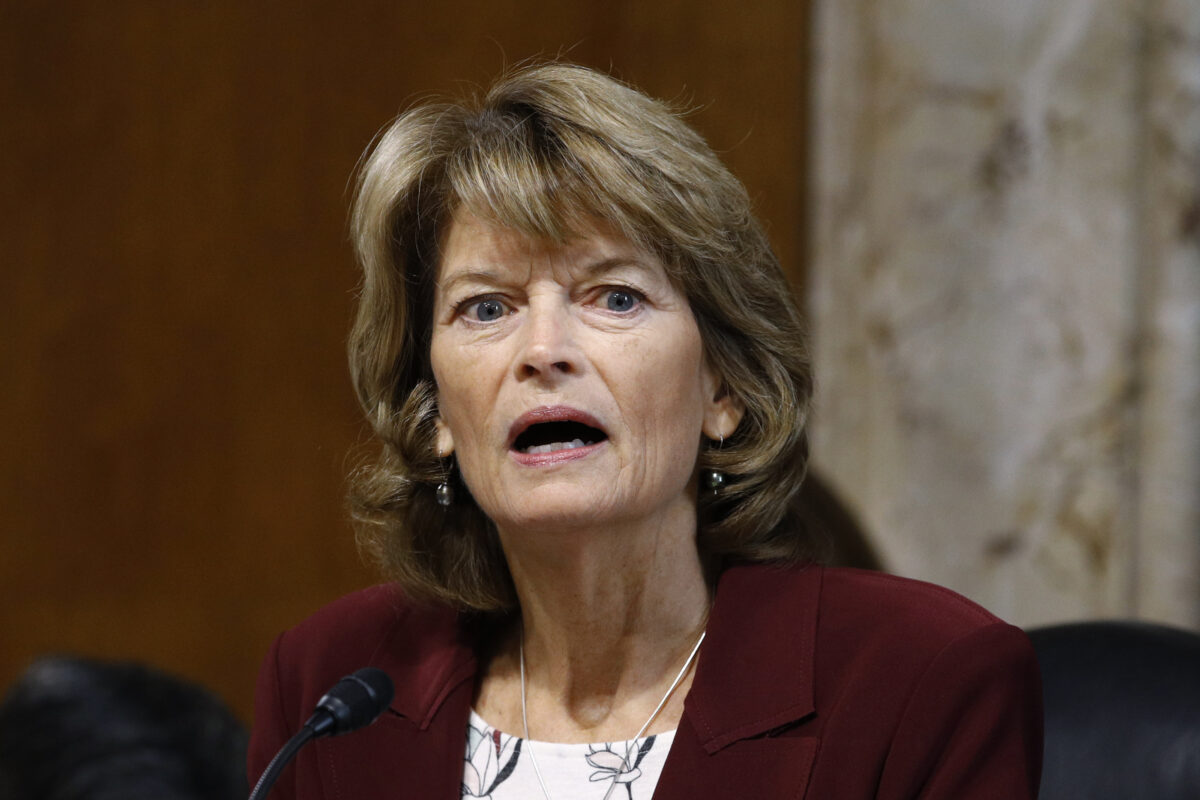 A key swing-vote senator said she wants to first hear from House impeachment managers and President Donald Trump’s legal team before deciding on whether the Senate needs additional witnesses and documents.

“I don’t know what more we need until I have been given the base case,” she said. “We will have that opportunity to say ‘yes’ or ‘no’ … and if we say ‘yes,’ the floor is open.”

She came to that conclusion because she would like to “really hear the case” before making a “determination as to, what more do we need,” according to The Associated Press.

“But I want to have that at a point where I know whether or not I’m going to need it,” she said. “[My responsibility is] not to focus on the politics of where we are, but a recognition that we are in the midst of an infrequent and in many ways extraordinary process that the Constitution allows for, and I’m going to take my constitutional obligations very, very seriously.”

Last month, she told KTUU that she was “disturbed” by a statement made by Senate Majority Leader Mitch McConnell (R-Ky.) about how he would coordinate with the White House during the trial. Since then, some have said she would possibly be a swing vote during the trial.

When asked about that label on Jan. 18, she told the same news outlet: “This is not a role that’s new to me, but I certainly don’t relish it.”

Murkowski’s position is similar to that of Sen. Susan Collins (R-Maine)—also considered a swing vote Republican—who said that the upcoming process should follow the precedent set during the impeachment trial of former President Bill Clinton in 1999.

“That process [from 1999] provided for the opportunity for both sides to state their case and for Senators to ask questions through the Chief Justice,” Collins wrote in a statement last week.

“At the conclusion of that phase of the 1999 trial, the Senate voted on a motion to subpoena witnesses and admit additional materials after the case had been heard and the questions had been posed.”

“I voted in favor of that motion subpoenaing witnesses.”

Collins added that senators from both parties should be allowed to ask questions during the trial, noting that additional information would be helpful in reaching a decision.

“There has been a lot of mischaracterization and misunderstanding about my position on the process the Senate should follow for the impeachment trial,” she said. “Rather than have my position relayed through the interpretation of others, I wanted to state it directly.”

The other senator from Alaska, Dan Collins, a Republican, told AP that he supports the precedent set during the 1999 Clinton trial.

“I think this is going to be a stark contrast to what happened over in the House, where you literally witnessed the most rushed, most partisan, and unprepared impeachment proceedings in the House in U.S. history,” Sullivan said.

On Jan. 16, House managers named by Speaker Nancy Pelosi (D-Calif.) presented the two articles of impeachment against Trump. Democrats have alleged that Trump abused his power by holding up military aid to Ukraine in exchange for an investigation into Democratic presidential candidate Joe Biden and his son Hunter, who held a lucrative board position on a Ukrainian gas company while his father was vice president. Joe Biden, in 2018, appeared to boast that he forced the firing of Ukraine’s top investigator, purportedly to thwart a probe of the company tied to his son, by withholding from Ukraine $1 billion in U.S. loan guarantees.

Both Trump and Ukrainian President Volodymyr Zelensky have denied allegations of any quid pro quo. Top Republicans have said that House Democrats’ case is politically motivated.