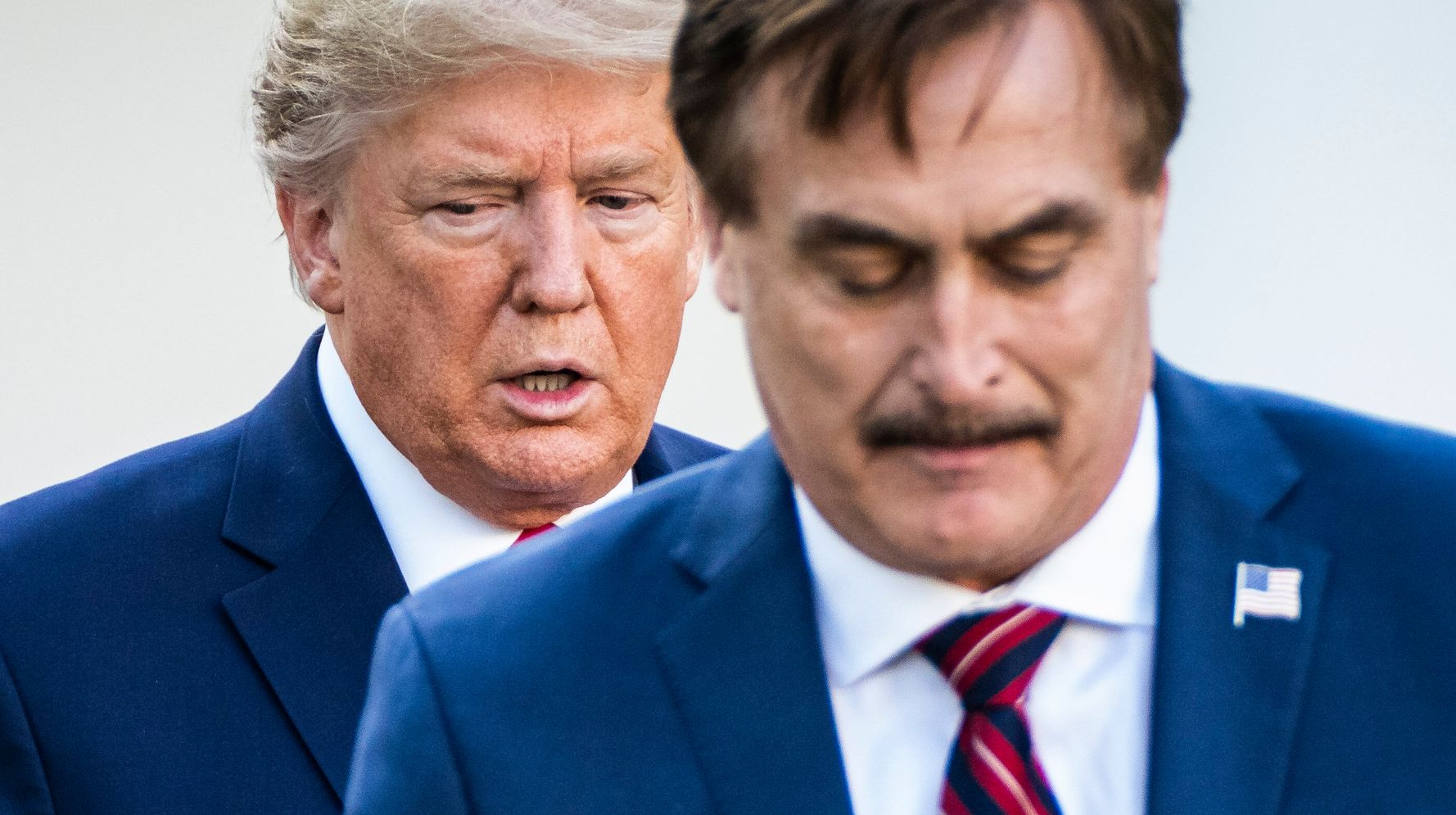 Devoted Donald Trump supporter My Pillow CEO and TV pitchman Michael Lindell indicated in a manic interview Saturday that he’s still hoping the president may use the military to stay in power.

Lindell insisted yet again in a Facebook interview with Brian Glenn on Right-Side Broadcasting News that he finally has definitive proof of his baseless claim that the election was stolen from Trump, which he termed the “biggest election fraud in human history.”

Lindell characterized it as an “attack on our country by China and other countries that did this to us.” And he indicated that Trump could still use the military to stay in the White House.

“God’s got his hands in all this and all this stuff will be revealed,” he said.

Lindell was asked about the heavy National Guard presence currently on the streets of Washington to protect against another assault on the government on Inauguration Day like the storming of the Capitol by Trump supporters Jan. 6.

“I don’t understand it,” Lindell told Glenn. “You know there’s like three people and every other person’s a military guy. … We’ve all had our prayers going, ‘Gee maybe something’s going to be done,’ [and] that this president is willing to say, ‘Hey, we’ve been attacked by another country,’ ’cause we have. Our country’s been under attack for a long time.”

Glenn responded: “I think people are hoping that this military presence is a response to what you just said.”

The pillow magnate replied: “That’s exactly where my hope lies.”

Lindell spent much of the interview discussing a brief meeting he had with the president at the White House the previous day.

He told Glenn that the notes presented the options available to the president. Lindell said Trump was most intrigued by the suggestion that he could order Facebook and Twitter to reinstate all banned accounts.

Watch the full interview above.