Nancy Pelosi Calls Trump’s Bluff: ‘You Are Not Above The Law’ 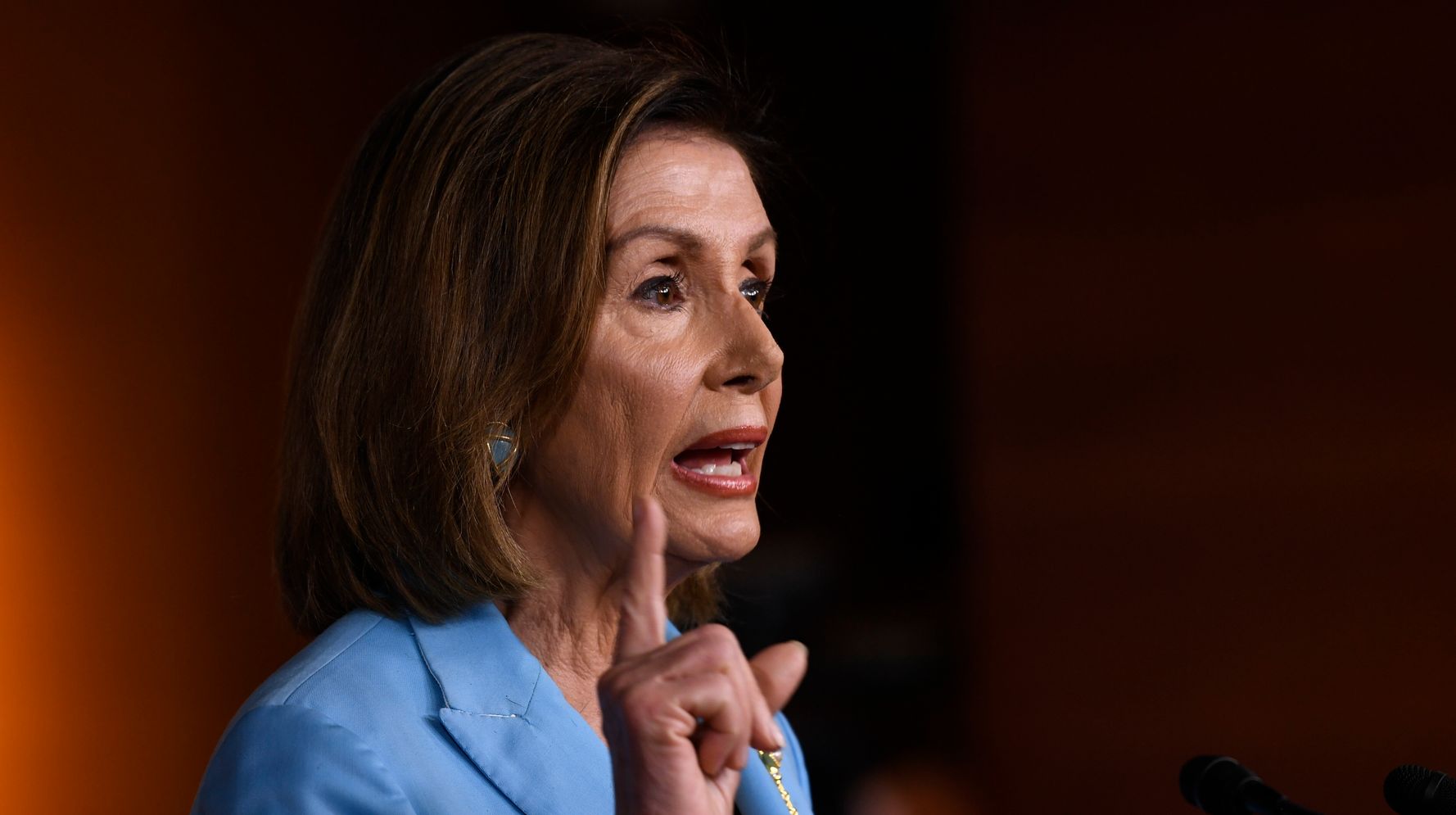 “The American people have already heard the President’s own words ― ‘do us a favor, though,’” Pelosi said in a statement, referencing the whistleblower complaint that led her to formally open the impeachment inquiry last month. “The President’s actions threaten our national security, violate our Constitution and undermine the integrity of our elections. The White House letter is only the latest attempt to cover up his betrayal of our democracy, and to insist that the President is above the law.”

[email protected], you are not above the law. You will be held accountable. #TruthExposed https://t.co/elMCHdLYlK

Her response came just hours after White House counsel Pat Cipollone sent Pelosi and other top Democrats an eight-page letter accusing them of waging a “partisan and unconstitutional” effort to overturn the 2016 election.

“President Trump and his Administration reject your baseless, unconstitutional efforts to overturn the democratic process. Your unprecedented actions have left the President with no choice,” read the letter addressed to Pelosi, House Intelligence Committee Chairman Adam Schiff (D-Calif.), House Foreign Affairs Committee Chairman Eliot Engel (D-N.Y.) and House Oversight Committee Chairman Elijah Cummings (D-Md.). “In order to fulfill his duties to the American people, the Constitution, the Executive Branch, and all future occupants of the Office of the Presidency, President Trump and his Administration cannot participate in your partisan and unconstitutional inquiry under these circumstances.”

Trump and his team have been embroiled in scandal following the whistleblower complaint, which discussed a July phone call in which the president repeatedly pressured Ukrainian leader Volodymyr Zelensky to investigate one of his main political rivals, former Vice President Joe Biden, and his son Hunter Biden. The July call came shortly after Trump ordered his administration to withhold millions of dollars in military funding for Ukraine. Democrats have cast the discussion as a clear demand for a political favor in exchange for that military funding.

Trump has vehemently rejected that characterization, although text messages sent by U.S. officials ― and released by Democrats last week ― appeared to echo the whistleblower complaint and detail concerns within the president’s own administration after the call with Zelensky.

The House has already issued multiple subpoenas as part of its investigations, targeting high-profile officials including Vice President Mike Pence, Secretary of State Mike Pompeo and Trump’s personal attorney Rudy Giuliani. The White House itself has also been subpoenaed for Ukraine-related documents.

In her statement on Tuesday, Pelosi rejected the White House’s claims that the impeachment inquiry was out of bounds, calling those claims “manifestly wrong” and accusing Trump of “simply another unlawful attempt to hide the facts of the Trump Administration’s brazen efforts to pressure foreign powers to intervene in the 2020 elections.”

“Despite the White House’s stonewalling, we see a growing body of evidence that shows that President Trump abused his office and violated his oath to ‘protect, preserve and defend the Constitution,’” Pelosi said. “The White House should be warned that continued efforts to hide the truth of the President’s abuse of power from the American people will be regarded as further evidence of obstruction.”

“Mr. President, you are not above the law,” the speaker continued. “You will be held accountable.”