Nancy Pelosi: Doesn’t Matter What Effect Impeachment Has On 2020 Election 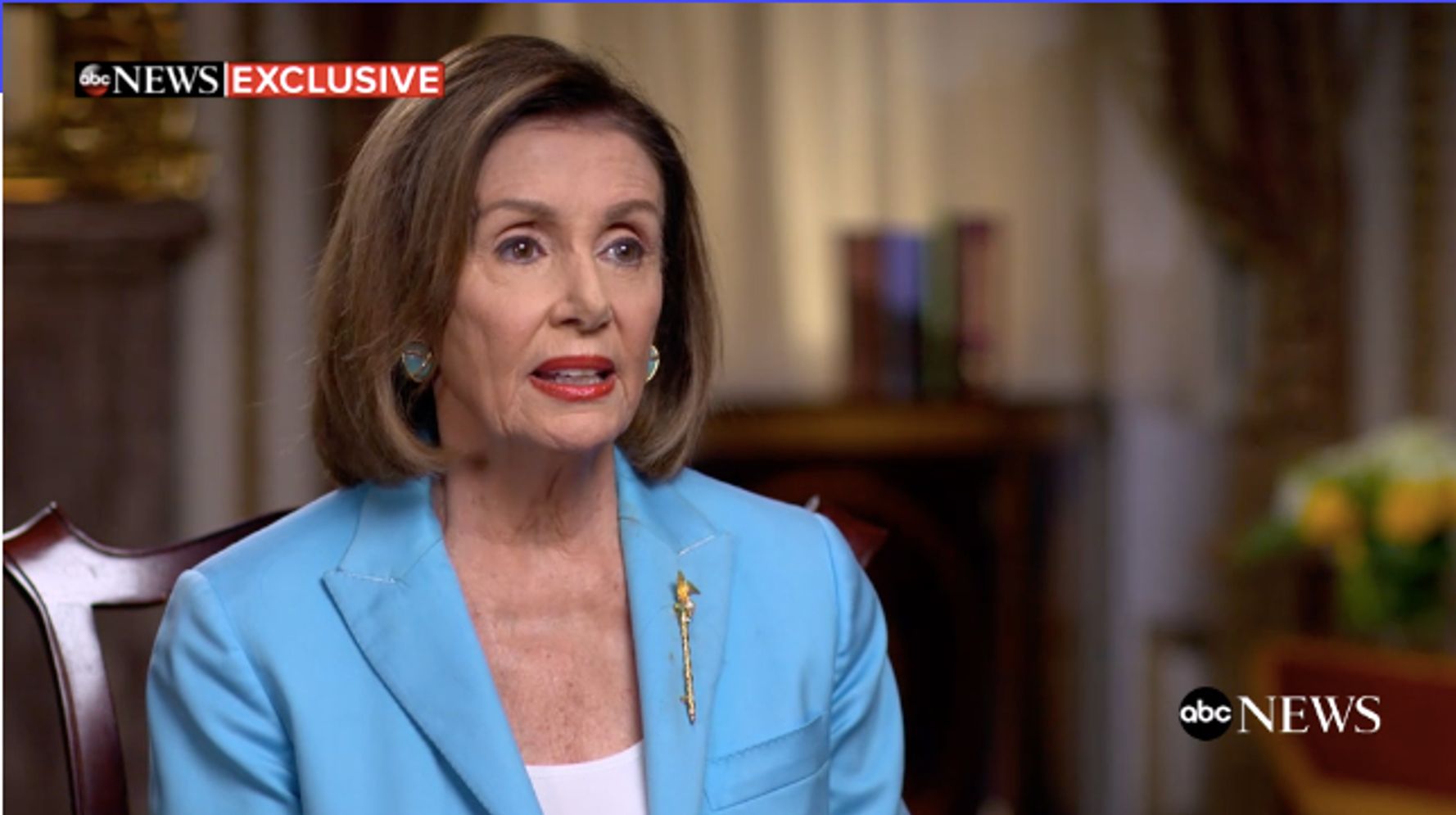 House Speaker Nancy Pelosi (D-Calif.) shrugged off any potential negative effects the impeachment inquiry into President Donald Trump might have for Democrats in the 2020 election, saying it’s lawmakers’ duty to uphold the Constitution no matter what.

The Democratic leader told ABC News’ George Stephanopoulos on Wednesday that she felt she “didn’t have a choice” but to open an impeachment inquiry last week following a whistleblower complaint that alleges Trump pressured Ukrainian President Volodymyr Zelensky to investigate Joe Biden.

“Some Democrats have been concerned that if you go forward with impeachment and the president gets acquitted in the Senate, that will actually strengthen him in the 2020 election,” Stephanopoulos said. “If impeachment helped President Trump win in 2020, would it be worth it?”

“I solemnly swear to uphold the Constitution as long as it doesn’t make a difference in the election ― that’s not the oath we take,” Pelosi said during the interview, which aired Thursday on “Good Morning America.”

“The facts are there and we are proceeding to get further evidence as we go forward,” she continued. “And it doesn’t hinge on whether [Senate Majority Leader] Mitch McConnell has the guts to really do what the Constitution requires or what the impact is in the election.”

[email protected] NEWS EXCLUSIVE: @GStephanopoulos sits down with @SpeakerPelosi as she sounds off on President Trump and the impeachment showdown. https://t.co/ql3Dc0F16w pic.twitter.com/M0W9RqKna4

Trump has defended his July phone call with Zelensky as “perfect” and denied accusations that he may have withheld military aid to Ukraine to get the country’s leader to dig up dirt on Biden, a former vice president and a front-runner in the Democratic race to challenge Trump’s reelection.

He has accused Pelosi and other Democrats of failing to focus on policy work as the impeachment inquiry unfolds. But on Wednesday, he blasted Pelosi’s aides for meeting with White House officials to discuss drug pricing legislation.

“Nancy Pelosi just said she is interested in lowering prescription drug prices,” Trump tweeted. “It is just camouflage for trying to win an election through impeachment. The Do Nothing Democrats are stuck in mud!”

Nancy Pelosi just said that she is interested in lowering prescription drug prices & working on the desperately needed USMCA. She is incapable of working on either. It is just camouflage for trying to win an election through impeachment. The Do Nothing Democrats are stuck in mud!

Pelosi on Wednesday warned that the country may never recover if Trump is reelected in 2020.

“The reelection of Donald Trump would do irreparable damage to the United States,” she told ABC News. “We have some serious repair and healing to do in our country for what he’s done so far. I’m not sure that two terms ― it might be irreparable.”

Watch the interview below: