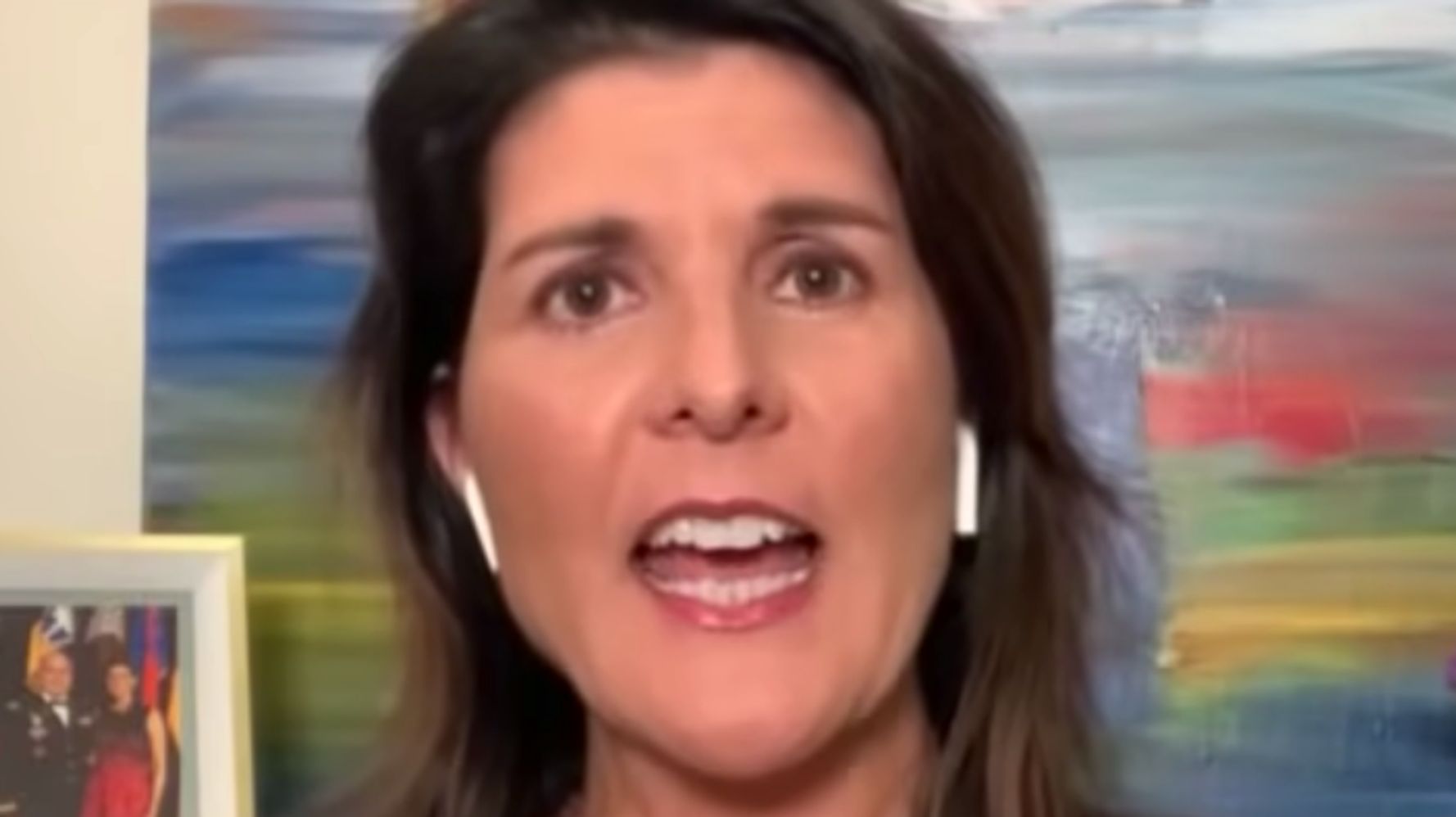 Trump’s actions since the 2020 election were “not great” and “not his finest,” the former U.S. ambassador to the United Nations acknowledged to Fox News’ Laura Ingraham on Monday.

Trump for weeks lied about his election defeat, promoted baseless conspiracy theories about voter fraud and rallied his supporters into a violent frenzy that culminated with the deadly storming of the U.S. Capitol on Jan. 6.

But Trump “absolutely” did not deserve to be impeached for inciting the insurrection, claimed Haley, a former GOP governor of South Carolina and possible 2024 presidential candidate.

“I don’t think there is a basis for impeachment,” Haley told Ingraham as she tried to cast Trump as the real victim.

“The idea that … they didn’t even have a hearing in the House,” Haley said of Democrats. “They will bring about impeachment, yet they say they are for unity.”

“They beat him up before he got into office. They are beating him up after he leaves office,” Haley added. “I mean, at some point, I mean, give the man a break. I mean, move on.”

Did Nikki Haley “move on” from Hillary’s emails or Benghazi???

Nikki Haley to FDR after Pearl Harbor: I mean, at some point, give Japan a break.

According to Nikki Haley, Trump’s been “beaten up” continually, by the Dems and the media.This notion of Trump, as an innocent victim and an underdog, excuses his crimes and bigotry. His opposition didn’t invent Trump: they exposed him. He’s not a hurting child, he’s a sociopath

Nikki Haley…Really? Nothing about the last few weeks bothered u? Accountability is important no matter your political affiliation. Unity implies 2 parties willingly coming together. When 1 is denying abuse, needs or basic decency 2 the other, we gotta problem.

Per Nikki, Trump is the real victim here. The Republican Party is just not salvageable. https://t.co/r09wrMHt53

Republicans turning up that gaslight so high they’re going to burn down the neighborhood. https://t.co/16bRk3ZgDO

Nikki Haley: Who cares that Osama had those planes fly into the towers… I mean at some point give the man a break. I mean move on… https://t.co/OROQTQn3IO

Nikki Haley: “Give the man a break. Move on!”
I can’t believe I agree with Don. pic.twitter.com/dscKC5Lr5w