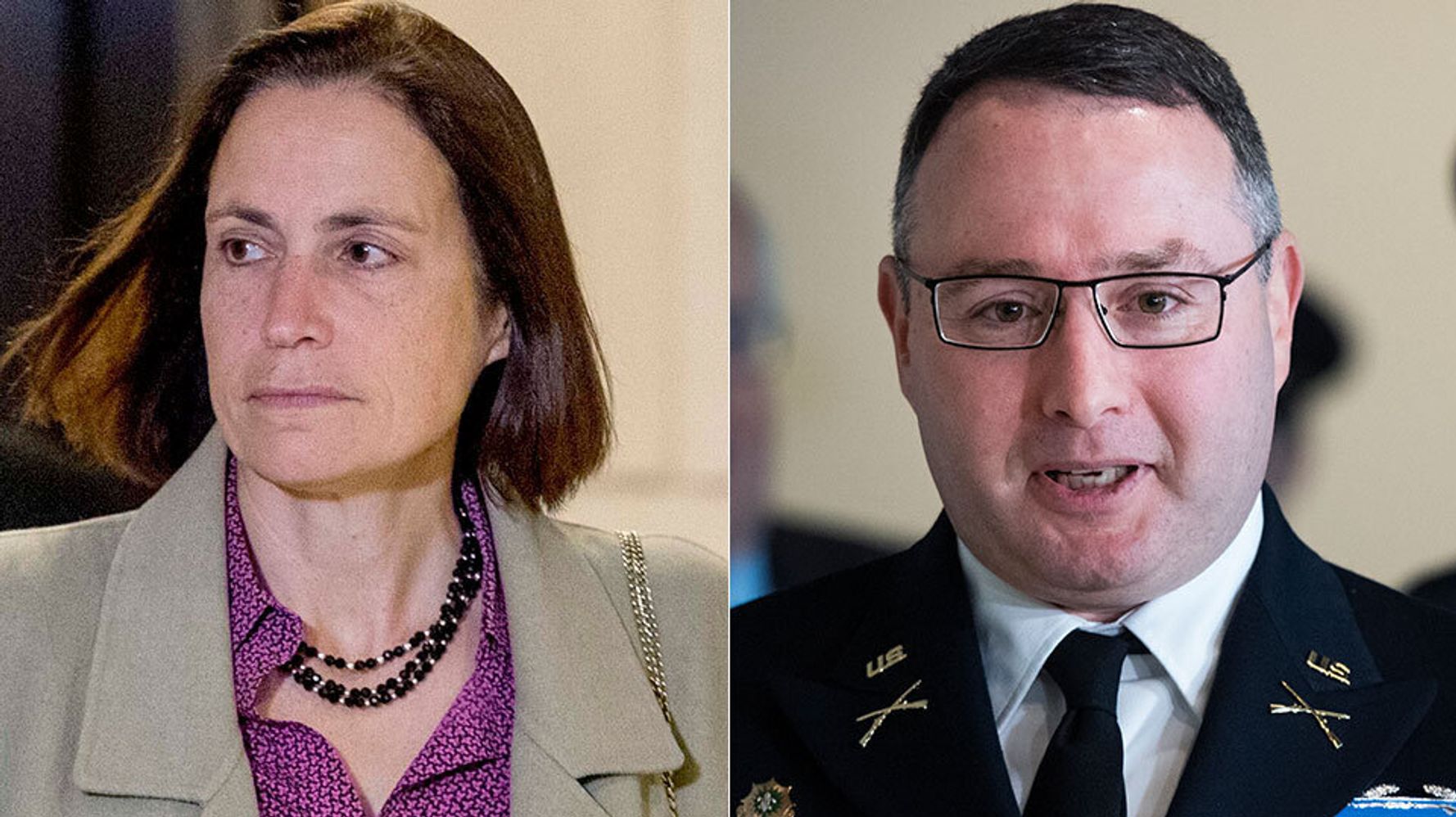 Both Hill and Vindman raised concerns about Trump’s dealings with Ukraine, saying that officials conditioned a White House meeting with Ukrainian leadership on whether or not the country launched an investigation into former Vice President Joe Biden and his son Hunter.

There was “no ambiguity” about what the Ukrainians would have to do to secure the meeting, Vindman said.

Hill served as the White House’s chief Russia adviser for about two years before quitting in July. Vindman is currently the National Security Council’s top Ukraine expert and has firsthand knowledge of the phone call between Trump and Ukrainian President Volodymyr Zelensky that kicked off the impeachment proceedings.

The transcripts are the seventh and eighth to be released as the House Intelligence, Oversight and Foreign Affairs committees prepare to host the inquiry’s first public hearings next week with three State Department officials who have already spoken with investigators privately.

In a statement, committee chairs Adam Schiff (D-Calif.), Carolyn Maloney (D-N.Y.) and Eliot Engel (D-N.Y.) said Hill and Vindman’s “superiors in the White House have declined to cooperate with the inquiry, but transcripts released today show clearly that individuals close to the president were alarmed by a presidential scheme as illicit and corrupt as a ‘drug deal.’”

Following her deposition, Hill said she has been flooded with “hateful calls and conspiracy theories.”

Hill and her boss, Bolton, were reportedly so alarmed by Trump insiders’ attempts to enact a shadow foreign policy with Ukraine that she alerted White House lawyers. Vindman, who previously reported to Hill, testified that he had also raised his concerns about Trump’s dealings with Ukraine internally.

Additionally, Hill told investigators that she considered Gordon Sondland, the U.S. ambassador to the European Union, to be a security risk.

Sondland has emerged as a key figure in the impeachment proceedings as investigators exposed his role in Trump’s apparent effort to convince Ukraine to investigate the Bidens. He acknowledged in his testimony ― albeit through an addendum ― that the pitch included a quid pro quo: In exchange for announcing an investigation into Trump’s political rivals, Ukraine would receive nearly $400 million in military aid.

“Ambassador Sondland, in front of the Ukrainians, as I came in, was talking about how he had an agreement with Chief of Staff Mulvaney for a meeting with the Ukrainians if they were going to go forward with investigations,” Hill said.

“[Sondland] just said that he had had a conversation with Mr. Mulvaney, and this is what was required to get a meeting,” Vindman said, according to the transcript.

Text messages between Sondland, former special envoy to Ukraine Kurt Volker and acting Ambassador to Ukraine Bill Taylor revealed tension surrounding relations with the country. Ukraine is considered essential to American national security due to its proximity to Russia.

Although the president has denied that a quid pro quo was ever on the table, Taylor told House investigators during his private testimony that it undoubtedly was.

The entire mess between Trump and Ukraine was brought to light thanks to a bombshell whistleblower report filed back in August.

The whistleblower, who has remained anonymous, was alarmed by a July 25 phone call in which Trump asked Zelensky to “do us a favor” by investigating the Bidens, saying his personal attorney Rudy Giuliani would be in touch.

Details of Giuliani’s shadow diplomacy have prompted deep concerns on both sides of the aisle. In private and on national news, Giuliani has pushed unsubstantiated allegations that Hunter Biden was involved in corruption in Ukraine, and that Joe Biden pushed for a Ukrainian prosecutor’s firing in order to block an investigation into the corruption.