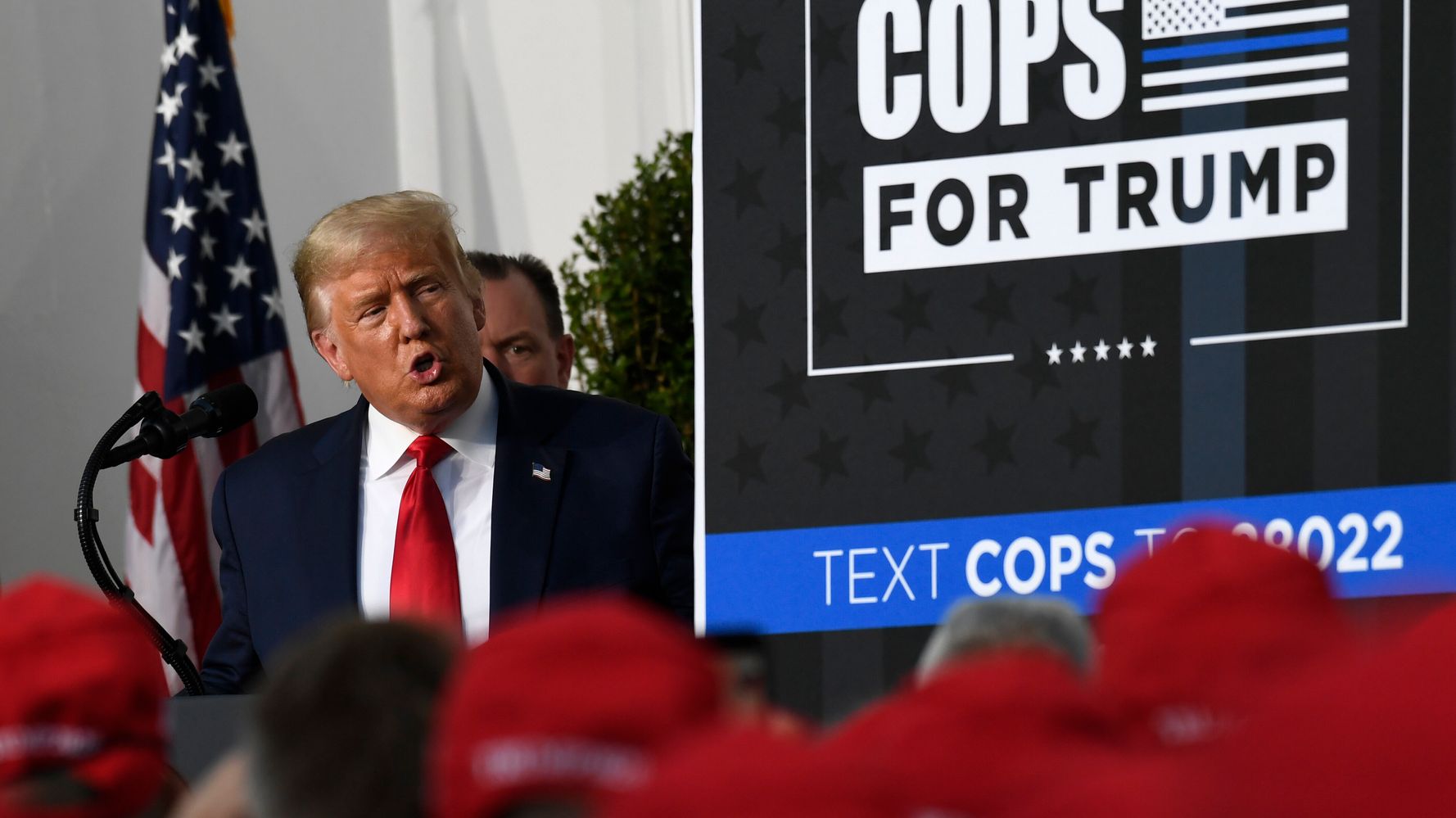 BEDMINSTER, N.J. (AP) — Seeking to amplify his law-and-order message, President Donald Trump on Friday told hundreds of New York Police Department officers that “no one will be safe in Biden’s America” if the former Democratic vice president defeats him in November .

“This guy has been taking your dignity away and your respect,” Trump said of former Vice President Joe Biden. “And I’m telling you on Nov. 3 you’re going to be getting it back.”

The NYC PBA is proud to endorse @realDonaldTrump for President of the United States. pic.twitter.com/DpT8v8bJtz

Trump spoke to members of the City of New York Police Benevolent Association, the union representing some 24,000 rank-and-file officers as he steps up his attacks on Biden and his running mate, Sen. Kamala Harris. The president’s campaign is looking to raise doubts about the Biden-Harris ticket’s ability to keep the peace in the nation’s biggest metropolises. Trump was formally endorsed by the union during the event at his New Jersey golf course.

Trump is ripping a page out of Richard Nixon’s law-and-order campaign playbook from 1968 — when American streets were rife with racial protests and Nixon campaigned vowing to crack down and restore order in an appeal tailored to white voters.

At a moment when the nation has been jarred by sometimes violent protests over police brutality, Trump has repeatedly blamed big city mayors in Democratic-strongholds – including New York, Portland, Seattle, Chicago – for undermining police officers.

“In New York, you have New York’s finest, but they’ve totally taken away their incentive,” Trump said earlier this week. “They’ve taken away their lives, in a sense, because they don’t allow them to do their job.”″

NYPD union endorsed Trump. I’m sure this is part of their neighborhood outreach plan.

Also, does anyone else see a potential problem with police unions – enforcement arms of the state with lethal weapons – promoting “preferred” candidates for office or is that just me? https://t.co/UlmigAuedh

In recent weeks, Trump has repeatedly and falsely asserted that Biden supports defunding the police. His campaign has aired advertising in battleground states showing a woman calling police for help as an intruder breaks into her home and getting a voice recording informing her that, because the police have been defunded, no one is available to take her call.

Trump has also tweeted warnings to “Suburban Housewives” that Biden will shatter their communities by requiring communities to build lower income housing as part of new development. Trump recently revoked an Obama-era housing regulation designed to eliminate racial disparities in the suburbs.

The president, in his speech, also took sharp aim at Harris, a former California attorney general, as being hostile to police, and suggested that she and Biden were at the center of “a left wing war on cops”