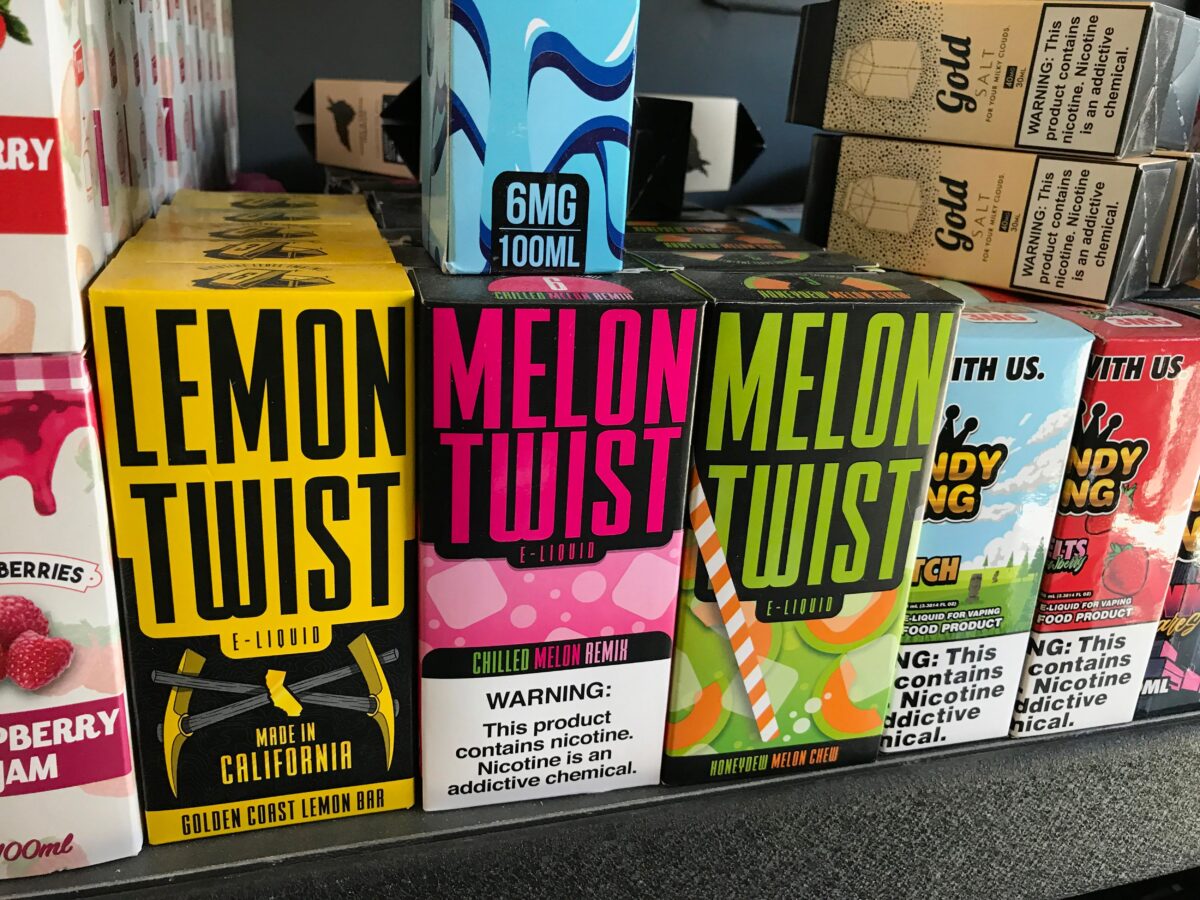 NEW YORK—Parents are calling teen vaping a more severe health crisis than any in decades and are warning others of the risks of electronic cigarettes as the number of deaths and lung illnesses associated with the devices continue to rise.

At least 15 people across the United States have died, according to the latest reports. The most recent fatalities took place in Virginia, New Jersey, and Nebraska, as health officials associate a mysterious lung disease with the use of e-cigarettes.

The Centers for Disease Control and Prevention (CDC) and other health agencies are investigating 805 lung injury cases along with the deaths. Marijuana ingredient tetrahydrocannabinol (THC) is suggested to have played a role in the outbreak, according to the center, which recently recommended people not to purchase products with the ingredient.

Erin Rice Mills, a New York mother and advocate from national grassroots group “Parents Against Vaping,” told The Epoch Times the rise of counterfeit vaping products, black-market vendors, and the lack of regulation are creating a toxic mix.

“It’s the ‘Wild West’ right now in the vaping industry,” Mills said in a phone call. “It really is an urgent matter that needs to be addressed.”

The advocacy group was formed in the spring of last year by three mothers who realized their teenage sons and their friends were using products from Juul Labs, a popular electronic cigarette company. They founded the group as a “grassroots response to the most serious adolescent public-health crisis our country has faced in decades,” per their website.

Vaping products can easily be altered through reselling or through the black market, according to Mills. Because of this, tracking the epidemic is difficult. Mills said e-cigarette companies such as Juul have failed to take action, and she called them unethical in their targeted marketing of their flavored products toward youth.

The exact cause of the recent spate of illnesses and deaths “remains unknown at this time,” according to the center, adding that its investigation is ongoing. Data from Wisconsin and Illinois showed that although no single brand name was reported by all patients, two-thirds of consumers reported using a prefilled THC cartridge under the black-market brand name, “Dank Vapes.”

“Now, you have kids who are addicted and who need it. A two-pack of Juul pods is going for $30 and kids are paying for it. Flavored e-cigarettes should have been off the market years ago,” Mills said. “It’s shocking to me.”

Most of the e-cigarette products contain nicotine, which the CDC describes as a highly addictive drug that can “harm adolescent brain development, which continues into the early to mid-20s.” Young people who vape are also more likely to smoke cigarettes in the future.

Mills said the marketing of flavored e-cigarette products to teenagers was highly unethical. She explained how Juul went into schools and Native American communities to try to market its products as a safer alternative to cigarettes.

Juul’s former CEO, Kevin Burns, resigned last month and was replaced by K.C. Crosthwaite, a former executive at Altria, one of the world’s largest producers and marketers of tobacco and cigarettes. Juul, according to an Oct. 1 internal memo, recently hired a second person from Altria, Joe Murillo, who will be the company’s new chief regulatory officer. Murillo was Altria’s head of regulations.

“They [Juul] have learned nothing, they are all about the bottom line,” Mills said. “If the FDA is not protecting our children, then we parents have to stand up and protect our kids. This is crazy.”

The Trump administration announced last month that it will be authorizing the FDA to finalize rules banning the sale of all non-tobacco-flavored e-cigarettes. According to the White House, about 8 million adults use e-cigarettes, and so do 5 million U.S. children.

Trump made the announcement following new data from the National Youth Tobacco Survey that hasn’t yet been publicly released. Health and Human Services Secretary Alex Azar briefed President Donald Trump and First Lady Melania Trump on the new report on Sept. 11, showing a surge in adolescent use of e-cigarettes. The report also confirmed that children were especially drawn to flavored e-cigarette products.

“Parents Against Vaping support that legislation, and we hope that the president and his administration follow through on that,” Mills said. “If the FDA is incapable of managing its role, someone has to step in and take control.”

In a statement to The Epoch Times, a Juul spokesperson said via email that its products, “do not include THC, any compound derived from cannabis, or vitamin E compounds like those found in cannabis-related products. We appreciate the work of the CDC, FDA, and other public health authorities, and are confident that they will get to the bottom of this issue.”

People who vape are at least four times more at risk of taking up smoking cigarettes, professor Linda Richter, director of policy research and analysis at the Center on Addiction, told The Epoch Times.

Aside from nicotine, e-cigarette ingredients such as the flavorings are also harmful. A number of carcinogenic and toxic chemicals and ultrafine particles also penetrate deep into the lungs and can cause pulmonary inflammation, cell damage, and reduced immunity to infections, Richter said via email.

The many health risks linked to vaping are especially dangerous to young people. In some cases, e-cigarettes contained more nicotine than traditional cigarettes.

“It exposes young people to nicotine at a time when the human brain is most vulnerable to addiction,” Richter said. “Because the brain continues to develop until early adulthood, roughly age 25–30, use of any addictive substance during adolescence or early adulthood is especially risky.”