‘Payback’: Republicans Warn Next Democratic President Could Be Impeached 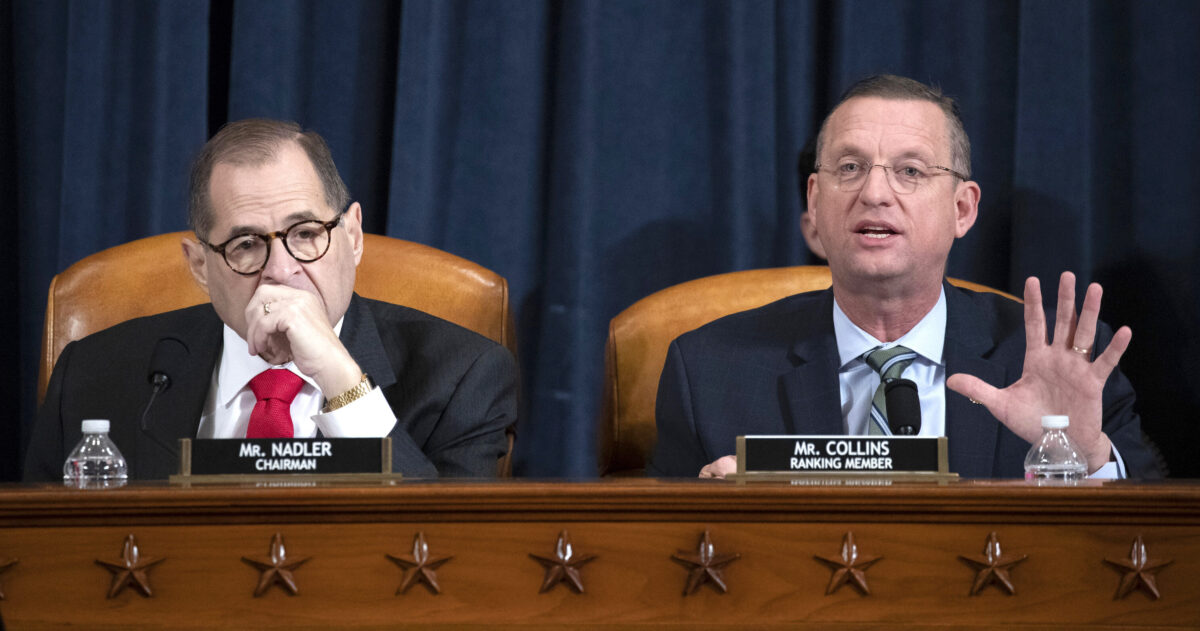 House Republicans, in the lead up to Wednesday vote on articles impeachment, warned their fellow colleagues that the next Democratic president might suffer the same fate and again alleged that the impeachment process has become tainted by partisan politics.

“It’s a scam. It’s something that shouldn’t be allowed. And it’s a very bad thing for our country. And you’re trivializing impeachment. And I tell you what: Someday, there will be a Democrat president, and there will be a Republican House, and I suspect they’re going to remember it,” President Donald Trump told reporters last week.

Rep. Doug Collins (R-Ga.) said Tuesday night that when future lawmakers debate impeached, he predicted a “day of reckoning” for a future Democratic President. “There will be a day of reckoning. The calendar and the clock will continue. But what you do here and how we have trashed the process in getting here will live on,” said Collins, the ranking Republican on the House Judiciary Committee, during the House Rules Committee.

Rep. Mike Johnson (R-La.), during the House impeachment debate on Wednesday, asserted that the Democrats have “weaponized the oversight authority of Congress.”

“I’m really saddened for my country,” Rep. Louie Gohmert (R-Texas) told Washington Examiner. “I’m really concerned that the irreparable damage that now every president that has a different party in the House in control of the House will have to fight impeachment his whole term. It’s just a very, very dangerous precedent. There will definitely be some people wanting payback.”

“Future Congresses will inevitably make impeachment a political tool to be used anytime a President of the opposing party occupies the White House,” he said in a statement in early December.

However, some Democrats in the House said they don’t believe impeachment would be weaponized for partisan gain.

“I say they’re wrong,” House Majority Leader Steny Hoyer (D-Md.) told the Examiner. “This president has conducted himself in a way that consistently puts our national security at risk, in my view.”

Senate Minority Whip Dick Durbin (D-Ill.) said the case against Trump is a unique one. The president is accused by Democrats of abusing his power and obstructing Congress over a phone call with Ukrainian President Volodymyr Zelensky, adding that he withheld aid to the Eastern European country in exchange for military aid, which Zelensky and Trump have both dismissed.

“I know Republicans are looking for some historic analogy. When this president declassified his conversation, it speaks for itself in the nature of the charge,” he said.

The July 25 phone call shows that Trump asked his counterpart to look into the dealings of former Vice President Joe Biden, son Hunter Biden, and alleged election interference. Both Trump and Zelensky have said it was a “good phone call.”