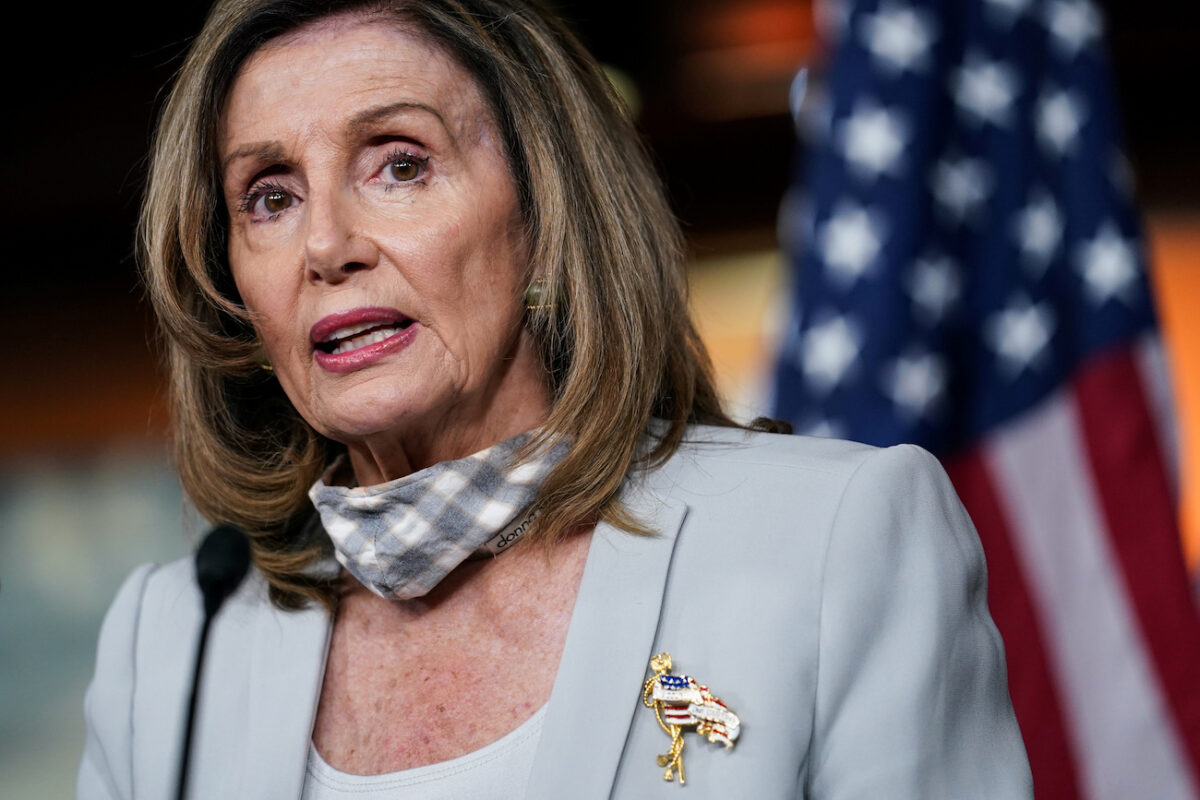 The White House announced on Sept. 11 that Trump has brokered a deal to establish full diplomatic relations between Bahrain and Israel, making it the second such agreement between Israel and an Arab nation in less than a month.

“Now that the ice has been broken, I expect more Arab and Muslim countries will follow the United Arab Emirates’ lead,” Trump said.

Pelosi, in an interview Friday with CNN’s Wolf Blitzer, dismissed the deals.

“How much credit do you give the president of the United States for these peace agreements?” Blitzer asked.

Under the deal, Israel and Bahrain have vowed to begin the exchange of embassies and ambassadors, start direct flights between their countries, and begin cooperating on a range of fronts.

“As the president’s work continues, more Arab and Muslim countries will likely seek to normalize relations with Israel,” a White House statement on the Israel-Bahrain deal reads. “Each country that normalizes relations will build upon the other, bringing peace and prosperity to the region and the people who live there.”

A Norwegian lawmaker, Christian Tybring-Gjedde, nominated Trump for the Nobel Peace Prize for the president’s role in brokering the deal between Israel and the United Arab Emirates.

Trump earlier helped broker a deal between Serbia and Kosovo, which have been in open conflict for over 20 years, with the two agreeing to normalize economic relations and members of the Trump administration expressing hope this would eventually lead to the normalization of diplomatic relations. For his role in that effort, Trump was also nominated for the Nobel Peace Prize by a Swedish lawmaker.